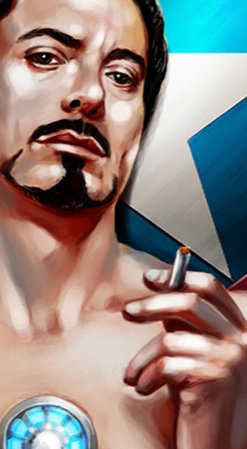 The word may have some negative connotations. Maybe you've heard of it; maybe you haven't. Maybe you think it's written exclusively about Japanese cartoons (it's not), or maybe you think it's only for obsessive girls who run blogs dedicated to their favorite actors (it isn't). Essentially, fan fiction is fiction written about an existing work, be it a movie, a book, or occasionally even a band or an actor. Yes, a lot of it is pornographic, and it is hot. Here are five reasons to give it a shot.

It's a common notion that, in general, women prefer to be emotionally invested in sex. While this idea hasn't been scientifically proven, it's certainly supported by the readership statistics of romance novels: a whopping 91% of those who buy romantic novels are female. For many women, the plot and character development makes the inevitable sex scenes much more enjoyable, because by the time the mood strikes, they're emotionally invested in the characters and care what happens to them. Fan fiction has an advantage over both visual pornography and traditional romance novels: you already love the characters because you've read/watched/listened to the source material. This allows you to skip straight to the fun stuff. A lot of fan fiction is between two and five thousand words and much of this is what is colloquially referred to as PWP, or Porn Without Plot.

Do It For Art

Convinced? Here are some useful links to get you started.

Archive Of Our Own is a “fan-created, fan-run, non-profit, non-commercial archive for transformative fanworks” and is a great place to find well-written stories in a variety of fandoms.

Finally, Google is your friend, and a search for “(movie/book/etc. of your choice) fan fiction” will likely yield results. Try links hosted on LiveJournal, and in general, avoid stories from fanfiction.net if writing quality is important to you.

Here's hoping you discover something new and enjoyable, be it a kink, a pairing, or fan fiction itself. Happy ficcing!
Tags:
Views: 2289
Related articles