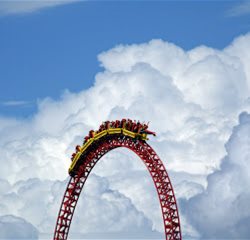 "Submission is not about authority and it is not obedience; it is all about relationships of love and respect."

Subspace is defined as an extreme high in which the person entering into it, in this case the submissive, has reached an elevated sense of consciousness. This, like a drug high, can be very addicting and lead to lower inhibitions. The submissive can reach a point during play in which they go into a type of sensory overload. From here they can separate their mental state from their physical self. This separation leads to a feeling of euphoria and may ask their dominant partners to go further than their limits or bodies can take. New or inexperienced submissives can find this sudden high frightening and have a panic attack even.

If you are a submissive, this can be a very frightening and enjoyable experience all on its own. Your body will start to release endorphins, the pleasure causing chemicals released during orgasms and exercise which are the body’s natural pain relievers. This is common in those entering into a scene of both pain and pleasure. For some, even light spanking can be intense enough to reach this state when combined with intense pleasure. Once your body’s endorphins are released in mass quantities, you can start feeling euphoric and your pain tolerance may rise to dangerous levels. The longer your session continues from this point, the longer you will ride this high.

Subspace: In a D/s relationship, that very special place the submissive enters when he/she totally trusts his/her Dominant, and totally immerses in an intense scene. The sub may not be capable of making rational decisions about his/her safety and well-being at this point.

It is the responsibility of the Dom to provide for the welfare of his/her sub, as he/she has trusted him to do. It is also the Dom's responsibility after the scene to help the sub to return to "vanilla space" after the scene. This entails providing both physical and emotional assurance to the sub, until he/she regains his/her sense of self, and is known as "aftercare."


To many, this state is highly sought after and can easily become as addictive as any drug. But how do you get there? Reaching subspace is harder for some than others, of course, as everyone differs. There are many factors to consider if you and your partner decide you want to try to reach this high, though most D/s couples believe it’s something that happens on its own. The first thing to consider is whether or not you even want to reach subspace. Many submissives have trouble giving themselves over so completely to their partners. This is because subspace leaves you utterly defenseless and even makes you beg for more than you can take. You have to be able to completely trust your dominant to take care of and watch after you. Dominants watching over their submissives in subspace will need to stop play to protect their submissives from being seriously harmed many times. The next thing to consider is how you wish to reach this intense sensory state. If pain isn't your forte at all, that’s okay. You don't have to add pain to your pleasure to reach subspace. Instead of going for pain, add a different type of sensory input like temperature play. Having an intense level of pleasure added to the feel of intense cold or moderate heat (not over 110°F or 43°C for safety reasons) can send the submissive into subspace. Differing textures can all add enough sensory input to push some over the edge.

Now that you’ve reached and ridden out your extreme mental and physical high of subspace, you get to ride your way down. This low you're going to hit after such a high is called sub-drop. Sub-drop is a state of physical exhaustion and mental depression. During sub-drop, many submissives will remain incoherent and detached. Physical pain after sub-drop can become suddenly overwhelming as the endorphins have dropped taking away any pleasurable sensations. This is the culmination of having sometimes having gone beyond your limits and the physical strain of your sudden depressed state. Often the submissive will feel as though they are recovering from a hangover. Many times the best thing to do when you reach sub-drop is to simply rest.

Other things you can do when you hit sub-drop is to spend time cuddling and conversing with your dominant. For dominants, this can be an essential thing at this time. It allows you to check over your partner’s physical, mental and emotional well-being. During this initial state, your submissive partner may still be a bit sluggish or incoherent, but this is a natural part of recovery. Many submissives will also start to feel and ask questions about the validity of the relationship and of themselves. Again, this is a natural response to the roller coaster ride they just took. As a dominant, it’s important to reassure them of your care and continued respect for them. If you’re the submissive in this role, don't feel guilty for asking these questions, or for crying or screaming if you feel the need to unload such emotional responses. 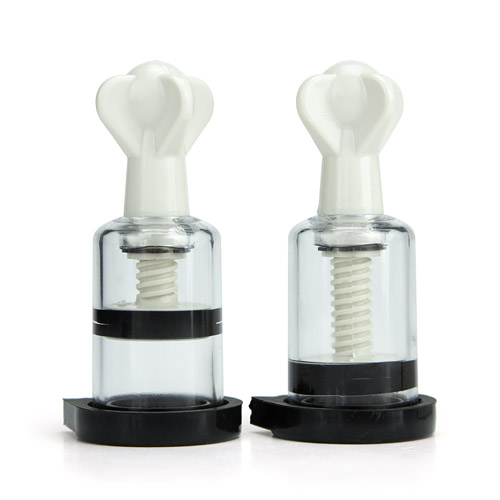 I was a little shocked since most of the other toys delivered a mild stimulation, but these shocked the hell out of me. – Daka Dan

Basic aftercare for any physical damages done, whether minor or more serious, also goes a long way into recovering from sub-drop. Finally, see that both parties drink lots of fluids; water can rehydrate the body and keep any physical damages from becoming worse. Water also helps to further stabilize the hormone levels in the body.

It’s important as a dominant to be watchful and caring when taking a partner from subspace to sub-drop. During subspace, you need to watch your partner to make sure they are not harming themselves or allowing things to go farther than they can realistically take. Watch their body language as much as what you're physically doing to them. Check any restraints to make sure that your submissive cannot harm themselves while being tied. Loosen or remove restraints if you feel this is becoming a risk. Most importantly during this kind of intense session is to remember not to simply wait for a safe word because in all likelihood it will never come. Keep in mind that you will more than likely have to stop the session without reaching your own completion. Also remember not to act rude or childish about that fact; there’s likely to have been more than one time in which your submissive has been denied such pleasure too. During sub-drop, make sure to take time for aftercare and be willing to sit with or hold your submissive. Talk to them calmly and caringly and be willing to be a shoulder to cry on if need be.

Yes, the ride from subspace to sub-drop has many risks and takes a lot of work from both parties to both achieve and recover from, but for many it’s well worth it. Being able to trust your partner to take you to such heights in which you have to rely on them completely can inspire a level of intimacy many strive for. And as a dominant, knowing you are so trusted to carry and wield such power is reward all its own. With the proper care and nurturing, subspace and sub-drop can be both enjoyable and manageable.
Tags:
Views: 9594
Related articles

Other articles by zj22