The Science of Love and Heartbreak 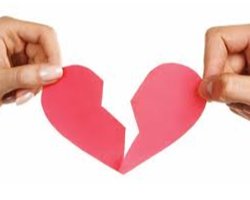 http://themanupblog.com/
Ever wonder why you fall in love? Why it doesn't last? What you can do about it?

Many people are familiar with the popular Saturday Night Live skit and movie, “Night at the Roxbury”. Will Ferrell and Chris Kattan bob their heads to the infamous Haddaway song, “What is Love?” The song is meant to be a danceable 90’s club tune without any real depth to it, yet Haddaway poses a perplexing question, what is love? Some people say it’s just an emotion, some scientists spend their entire career studying its effects on our physiology, while cynics don’t believe in it at all. Will and Chris had the right idea, just thinking about love can make you dance or hit your head on things (purposefully or accidentally). Love can lead to happiness or heartbreak, that’s where the lyric “baby don’t hurt me” comes in. Because let’s face it, close to nothing hurts worse than losing someone you love. So why are we told “You’ll get over it?” when a relationship ends, or “It’s just puppy love” when beginning a new one? As a western culture we are very rushed and always seeking self-gratification. Love is meant to be giving all of yourself to a person, when two people give themselves to each other completely, wholeness is fulfilled. Unfortunately this usually is not the case. Many of us see love as a material possession, something we feel we deserve and own. This is dangerous however, often leading to heartbreak and not knowing how to deal with it. So in order to know how to handle ourselves when it comes to romantic love and heartbreak we must start by first understanding love and loss really is, in hopes of recognizing the very real physiological effects and dangers it entails.

“Love at first sight” is a common saying you hear thrown about in conversations when referring to someone who is loved or lusted after. Little do most people know how much water this anecdote actually holds. S. Zeki, an author for the anatomy department of University College writes in the first page of his essay, The Neurobiology of Love, “More often than not, romantic love is triggered by a visual input, which is not to say that other factors, such as the voice, intellect, charm or social and ?nancial status do not come into play. It is not surprising therefore that the ?rst studies to investigate the neural correlates [bodily components] of romantic love in the human have used a visual input.” It was found that by simply seeing a picture of someone you love, certain parts of the brain are stimulated. Insula, anterior cingulate, and the hippocampus are all part of the cerebral cortex that give off these chemicals, creating feelings of happiness or accomplishment. These chemicals, the majority of which are dopamine, are released in the same way the brain would respond to a drug addict getting high. Drug addicts have been known to do some pretty insane things, but then again so have people in love. In fact, this release of chemicals mimics mental illnesses such as the symptoms found with obsessive compulsive disorder, depression, and mania. Perhaps this is where the famous saying “madly in love” comes from.

“Researchers revealed 41 percent [of people] have fallen in love with someone they shouldn’t have, with almost half admitting this has happened more than once” (Elite). When seeing the person you love, your frontal cortex, responsible for judgment, deactivates. Perhaps this is why people in abusive relationships are unable to breakup with their partner. Love truly is blind. Almost everyone has been known to think on a past relationship and say “What was I thinking!?” They are able to rattle off a list of things they do not like about that person, yet while they were in the relationship, they couldn’t see anything that was a major problem for them. Certainly with relationships comes longing, jealousy, and other negative effects that mirror the happiness and ecstatics of love. Our brains seem to react like they do in anti-drug commercials, becoming metaphorical pools on a couch, incapable of responsible decisions and proper judgments. This is your brain on love.

After a while, the love button somehow seems to shut off and you begin to regain your sense of rational thinking. Perhaps this is why the majority of marriages end in divorce and the average length of a relationship In the U.S is just slightly over two years; definitely nowhere close to the eternal bond that magazines, movies, and romance novels try to sell us. With all of this irrational behavior, could love possibly be a mental illness that all of us are predisposed to possess?
Up until the 18th century, love sickness was considered a very real disease and was diagnosed quite often (Tallis 1). Modern day however, we brush it off as nothing more than an innocent lusting. This is because the term “love” has been thrown around so much; it has lost its meaning to many people. It has even been theorized that a person’s capacity for love is nothing more than an evolutionary effect. A quote by W Somerset Maugham sums up love from the perspective of Darwinism, “Love is the only trick played on us to achieve continuation of the species” (qtd in zeki 2). This hypothesis is a cynics dream, as it feeds into the thought that humans are nothing more than animals with a selfish streak. So if Darwin and Maugham are right, this would mean we use love as our excuse or reasoning for procreating when we normally would not.

However, as maddening as our reactions to love and heartbreak may be, it is possible to be in love with someone for your entire lifespan. In the article “Are Humans Meant to be Monogamous,” About 3% to 5% of all mammals (including humans) mate for life. This is due to a proper balance in both partners brain chemistry (Bryner). Even with statistics showing that being together forever is a slim chance, why do 100% of us go after it anyway? What is the purpose of falling in love on what seems to be a ticking time bomb?

“…Evolutionary pressures have ensured that we fall in love only for as long as it is necessary to achieve evolutionary goals – but no longer. To ensure reproductive success, the pair-bond…does not need to last forever. It only needs to last long enough for one or two children to be produced…” (Tallis 2).

Evolutionary or not, the human condition is to love and be loved. We crave touch and a sense of wanting. To nurture and be nurtured is just as ingrained in us. Unlike the “dirty trick” of love however, the need for companionship never fades. So, one could argue that love is an evolutionarily inevitable mental illness. As a western culture we are known to want to fix anything that is broken, so why not a broken heart?

“The experience of heartbreak can be so powerful that some scientists suggest it feels the same as physical pain. In one study, people showed similar brain activity when they viewed a photo of a former love and when they felt extreme heat on their arm” (Schwercherl). Heartbreak has many symptoms; the main one though is sadness. A longing for what is gone. The appreciation and worthwhileness you experienced is all but forgotten. You are grieving the loss of someone very important to you, and the more intense the love, the more intense the heartbreak. Well, just like people experience signs of depression when falling in love, being heartbroken is no different. 93% of people fall into depression after a breakup; “The World Health Organization estimates that depression affects 121 million people worldwide and while it can be accurately diagnosed and promptly treated through medical means, fewer than 25 percent get the treatment they need” (hookmeup). One study, published in Psychological Science, showed that the death rate for divorcees was comparable to that of smokers, 23% higher than people in happy marriages, or singles. The department of health has even released the following statistic, “A study found nearly 75 per cent of suicides occurred within one month of the breakup of a significant relationship” (Baume, Cantor & McTaggart, 1996).

Although the perfect solution would be to either never fall in love or never be heartbroken, unfortunately, neither one is very likely. There are things you can do after a breakup however to ensure your best mental health. Doctors Athena Staik and Julie Lerner, who study the biological effects of a broken heart, recommend doing light group exercise sessions such as yoga, meditating regularly, and avoiding alcohol (Schwercherl). Although these may seem like very simple and obvious things to do, they really do make a difference. By keeping connected the health of your body to that of your mind, you are creating a stress free environment and focusing on yourself, instead of wallowing on a past that cannot be changed. Remember that it is okay to cry, but if you show any signs of depression such as lethargy, changes in sleep, feelings of worthlessness, or thoughts of suicide, it is very important that you seek the help of a medical professional. People may tell you “You will get over it,” but this is such a light approach to such a serious subject. Whether you believe that love is an evolutionary trick or it is a magical emotion that will last forever, don’t let anything stand in the way of your health. With all of the biological studies and breakthroughs happening in the field of love and heartbreak, perhaps one day there will be a cure for “getting over” someone; but until then, it is very important that you remember to love yourself, because you cannot break your own heart.
Tags:
Views: 1679