Watchdog Timers: The importance of having a dead man’s switch when partying with strangers. 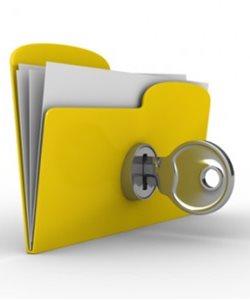 I was always paranoid that if something happened to me while I was out having a sexy good time no one would ever know what happened, how I got where I got to and why.

"At the end of the day, the goals are simple: safety and security."

When I started out, and by that I mean when I began going out to adult parties and staying out overnight with people I have never met before. One night stands and hookups that were purely no strings attached sex with random individuals.

I was always paranoid that if something happened to me while I was out having a sexy good time no one would ever know what happened, how I got where I got to and why.

I never told my family or roommates I was going out to have sex with a total stranger I just met on the internet an hour earlier. I used to just say that work called and I would be home late or that I was pulling an all-nighter at university.

No one ever knew what I did when I went out to "a friends place", so I had a concern that if anything ever happened to me no one would ever understand. My computer was encrypted, with the history wiped clean and I used alternative emails from different servers to the ones I used for my everyday life. So I doubted even the police would find out what I was into.

The crux of this concern all started when I came home after a long weekend bender and my parents had been trying to get me and really though something had happened as the people I had said I was with said they hadn’t seen me.

At the time I just waved it off as miscommunication, but it made me wonder pretty hard from then on. What if something really had happened to me?

What with drugs, drink spiking and a whole host of nasty stuff that could happen. Things could get out of hand and you cannot fully trust that the people or person on the other end of an email or profile page is not just some whacko waiting to score another notch on their belt.

So I began leaving a backup so in the event something did happen to me, police or friends would have a starting point to either find me of understand what I was doing and for me that worked for a while.

I used to leave a note with the address of where I was going and why in an envelope under my pillow or slid into my closed laptop with the words “In case you start to worry where I am” on the front of it.

And as I mentioned it really did put me at ease for quite a while to know I left something behind just in case.

When attending a swinger’s party or anything that involved total strangers I would take nothing with me into the scene besides a few toys, my own condoms, maybe a few dollars and my car keys.

I figure right now as your reading this you’re going, “the guy who wrote this article is a paranoid nutcase”, truth is or more importantly it was at the time a big concern. The stuff I got up to and the people I did it with could have gone either way.

After that stuff happened, my “Watchdog Timer” as I came to call it expanded.

I ended up writing a long letter, almost a will and testament of what I was into and why I was into it. I included passwords to email accounts no one in my everyday life would have known about otherwise and every time I went out to play I would slip the address with details into the small file I had created.

I kept this all in one of those safes that look like a book. I then put the safe on my bed and took the key with me. It would not take much to crack it open should the need arise and anyone looking for me would undoubtedly locate it when checking my room.

But it was always there and it let me relax knowing that if anything ever happened while I was out and about people would know and perhaps understand.

The kicker I leave with you is that I passed on this bit of advice to several of my play friends. Some had been leaving notes on their fridges or in their own mail boxes when they went out for a “special play time”.

One of them adopted my method and wrote out their whole story and left it on their dining room table (as they lived alone) when they went out to party. They were hit by a drunk driver on the way home, killed instantly. No one knew why they had been out so late, why they were on the other side of town or why certain things were in the back seat of their car.

It was only when family found the file on the dining room table that everything was explained and misconceptions fixed.

So take it from me, if you’re living a secret or second lifestyle and going out without telling someone where or why, then leave some information behind. If not for your own sake, leave it for people who care about you. So they can know how and why you wound up strangled to death in a full latex body suit.

TheToyGuy
A nurse by trade. I find myself desensitised to the idea of physical beauty and seek companionship with people I find beautiful and sexy on the emotional level. I already have a large collection of sex items and am now looking for interesting/intriguing items to purchase and play with. Always happy to give advice.