What is Sexual Healing? 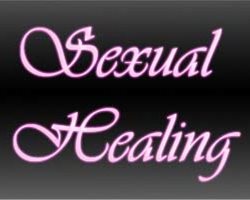 "Ecstasy is a feeling that comes only when the heart is tuned to that pitch of love which melts it, which makes it tender, which gives it gentleness, which makes it humble.""

Releasing genital armoring and regaining your capacity for pleasure.

Almost everyone who's come of age in our sex negative culture needs loving guidance in adulthood in order to reach their full sexual potential. Genital armoring initially occurs when children are shamed or discouraged from touching their genitals, enjoying their bodies through masturbation and engaging in natural exploration with peers. It can also result from invasive medical interventions (i.e. abortion, hysterectomy, circumcision, or cesarean delivery) insensitive or unskilled partners, rough handling, overuse of vibrators, emotional trauma, and from unfulfilling lovemaking. The most dramatic and severe genital armoring is often a result of rape or child sexual abuse but ordinary people with no personal history of abuse can easily acquire enough armoring to drastically limit their sexual pleasure simply by being exposed to societys typical anti-sex messages.

The concept of genital armoring is derived from Wilhelm Reichs theory of body armoring. Reich believed that the muscular tissue of the body responds to emotional as well as physical trauma by tensing up in a protective reflex. Over time, these tissues become chronically stiff and hard, blocking sensation and energy flow in the affected area. Armoring is an instinctive protective device whose purpose is to defend against experiencing physical or emotional pain. It is the bodily equivalent of psychological defense mechanisms such as denial, projection, or repression. It is mediated by constricting the breath and by muscular contraction, both of which reduce our capacity to experience pleasurable feelings and ultimately lead to disease.

When body armoring occurs in the sex organs we call it genital armoring. Genital armoring in women can show up as decreased arousal, decreased clitoral or vaginal sensitivity, insufficient lubrication, hypersensitivity, absence of pleasurable sensation during intercourse, vaginismus, or painful intercourse. A healthy vagina is naturally soft, wet, elastic, and electrifyingly responsive to a desirable partner. It invites the penis to enter and enthusiastically enters into a dance of love.

In men, armoring can cause the penis to become insensitive, resulting in a need for intense stimulation in order to maintain an erection or reach orgasm. Conversely, armoring can create over-sensitivity, premature ejaculation and a discomfort with being gently stroked. Armoring in men also manifests itself in the form of chronic tension in the anal sphincter muscles, involuntary erections, an attitude of sexual greed and the need for repeated genital stimulation. Men frequently have a lot of armoring in the heart area, as well, and are unable to experience pleasurable sensations from stimulation of their breasts and nipples. A healthy penis remains flexible and sensitive even when erect. It is able to transmit energy to the vagina and receive sexual pleasure both during vigorous intercourse and in a softer, resting mode.

Utilizing sexual energy to revitalize, rejuvenate, and heal the body.
Leading edge health care practitioners and researchers are discovering what taoist masters, tantric adepts, and shamanic healers have known for centuries: Sex is not only pleasurable, it is good for you! Sexual arousal activates the endocrine system which in turn contributes to cardiovascular health, enhances the immune system, elevates mood, and slows the aging process. Good sex can also improve your appearance, reduce stress, relieve pain, burn calories, and regulate the menstrual cycle. The basic concept involved in this aspect of sexual healing is that sickness and health are not the responsibility of medical experts, but rather come from within. By tapping into the innate wisdom and healing ability of the body via the breath and our sexual response, we create our own well being.

The ancient taoists understood that health results from raising and balancing the energy or life force within the body. Energy loss or blockage results in disease, aging, and ultimately death. Generating higher levels of sexual energy provides a means of clearing blocked pathways and directing more energy where ever it is needed for healing.

In other words, sexual energy, life force, and healing energy all come from the same source and can be transmuted into one another. The taoists determined that while sexual arousal can increase energy, excessive ejaculation depletes energy in men as does excessive menstrual flow in women. Sexual healing thus encompasses teaching men how to orgasm without ejaculating, thus allowing them to prolong intercourse, be less goal-oriented and self absorbed, and fully satisfy a woman. Leisurely, unhurried lovemaking not only energizes the body, but also contributes to happier, loving interactions between partners.

Sexual healing is also about ending the war between men and women
and learning to use our sexual energy effectively to nurture each other and experience a sense of unity with all of life.

The wound between men and women runs deep in our collective consciousness and often seems rooted in the very cells of our bodies. Men and women often find themselves polarized into opposing positions especially when it comes to sex, emotional expression, communication, and matters of the heart. The core of these differences is sometimes expressed as "men want hot sex and women want romantic love," when the truth is that both men and women long for satisfying sex and sustainable love. In the past, there has been a tendency for men and women to regard each other as the enemy, and so, if they are heterosexual, to discover that "sleeping with the enemy" leads to conflicts and power struggles.

Sexual healing in this context means finding ways to redirect the energy which is wasted in struggles over who is right and who is wrong, who is dominator and who is victim, who is to blame and who is wrongly accused, and instead support each other in solving the critical problems which face us all as we enter the 21st Century.

Ancient traditions which honor the sacred union of male and female and recognize the importance of balancing the masculine and feminine elements within each of us, as well as in the external world, offer us a model for healing. Since our present culture has tended to elevate the masculine over the feminine, we find that most people approach sex and relationship from a male point of view. We seek to balance this by learning to honor the deep feminine in a way which is not merely a reaction to or mirror image of patriarchal customs, but comes from an entirely different way of being.

In order to make whole systems healing available
to whomever desires it, several core issues must be addressed.

Competent practitioners who have the aptitude, training, motivation and maturity to offer these services must be identified and offered the opportunity to acquire additional necessary skills and knowledge. In essence, we are talking about the creation of a new vocation of sexual healing. Since this is a concept which has been unthinkable in a sex negative culture such as ours, many who have felt called to this work have found validation in the ancient archetype of the sacred prostitute.

Given what we have previously discussed about the overlap between sexual energy and healing energy, and the basic identity of the life force energy and sexual energy, it seems obvious, at least to some of us, that trying to restore health when it is forbidden to utilize the sexual energy of either the patient or the health care practitioner is foolhardy.