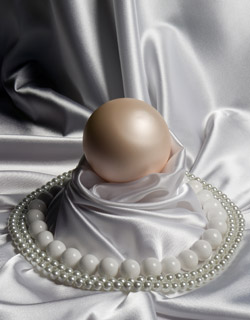 The fervent focal point of a woman’s sexuality – but what do you really know about it?

"If you told a man that his "penis" was nothing more than the head of his cock— his "glans"— he would laugh in your face."

The History of the Clitoris

Perhaps no part of the human body is shrouded in more mystery than the clitoris. It’s the source of women’s sexual pleasure—but many people, both men and women, aren’t quite sure what it is, where it is, or what to do about it, and your sex ed teacher probably didn’t bother to mention it.

If you’re a woman, understanding the clitoris is crucial—if you know how to handle it, you can take control of your own pleasure, any time you want, for the rest of your life. Yes, really. And if you like to have sex with women, understanding the clitoris will ensure that women like to have sex with you. Ready to be in charge of your orgasms? Then gather ‘round for an intimate tour of this amazing organ.

Throughout history, women have always known what feels good—even if they didn’t have a name for it. Many scientific traditions have known about and understood the clitoris, from the ancient Greeks, who compared it to the penis, to early Taoist thinkers in China and the Tantra tradition of Hinduism in India. In the West, however, medical thinking developed much later on—the first serious studies of anatomy in Europe were done around the fifteenth century. At that time, there were very few female bodies available for study, and the few postmortem studies done on women were all about understanding pregnancy and childbirth. Since the female orgasm doesn’t directly contribute to childbearing, it was pretty much ignored in medical literature. This remained true until the twentieth century, when researchers like Alfred Kinsey started to seriously study the science of sexual pleasure. Then the feminist movement exploded in the 1960s. With the arrival of the Pill, women could have sex for pleasure—and they did. They started experimenting with their bodies, looking at their vaginas in the mirror, and wondering why they’d never learned about this amazing little organ that exists solely for female pleasure. They started agitating for their right to orgasms, and they started to demand that scientists give female bodies equal time.

Today, there has still been very little research done, and science does not entirely understand how the female orgasm works. But we know much more about the clitoris than ever before—and recent discoveries show what a complex and fascinating organ it really is. If you own one, consider yourself lucky.

CLITORIS:
1. Latin for “darned thing was just here a second ago.”
2. The only organ in either the male or the female body whose sole purpose is pleasure—which from a biological perspective might indicate that female genitals are more highly evolved than males’.
3. Sometimes regarded as the Emerald City of women’s orgasmic response.
4. Not to be approached in haste.
- Paul Joannides, The Guide to Getting It On


When most people think about the clitoris, they picture the nub of tissue that nestles between folds of skin at the very top of the vulva (the female genital area). These are called the glans and the hood, the visible parts of the clitoris, the bundle of nerves that can send a woman into ecstasy when touched the right way. This is where the magic lives—the glans has more nerve endings than any other body part on men or women. On some women, this area is very small—on others, it can protrude out from the body. There’s no right or wrong way for the glans to look; it’s sensitive and easily aroused, whether it’s a tiny one that hides under a fold of skin, or a fat juicy one that begs for attention.

The glans gets all the glory, but it’s just the tip of the iceberg, so to speak—there’s a lot more clitoris down below the surface, where you can’t see it. In fact, the clitoris is anchored by its shaft, crura and suspensatory ligament—tissues that extend out to the pelvic bone and along the front wall of the vagina. All of this tissue is sexually sensitive: it responds to arousal, and it feels good when stimulated. Think of the penis: the head is the most sensitive part, but the rest of it is important too, right? The clitoris is the same way. All you can see is the head, but it’s all there, and it can all be stimulated by a lover who touches the right spots.

This is why women feel pleasure from so many different kinds of sexual touch. Most of us know that touching the glans will send us on a quick trip over the moon—but grinding, penetration, stroking, and other forms of touch can bring us to orgasm, too. It’s different for every woman, but the hidden reaches of the clitoris mean that we can discover all kinds of sexual pleasure and orgasms, even when we’re not touching the glans directly.

Stan: Chef, how do you make a woman like you more than any other guy?
Chef: Oh, that's easy! You just gotta find the clitoris!
- South Park: Bigger, Longer & Uncut


So what’s the shortcut to the female orgasm? Sorry—there’s no one way to make the magic happen. There are lots of ways—some will work for you or your partner, but the only way to find out which ones is good old-fashioned detective work, and lots of practice.

If you’ve never given much thought to your own clitoris, try starting out by yourself. Masturbation can be amazing if you take your time and figure out what gives you the most pleasure. Find a time when you won’t be disturbed, lock the door, turn down the lights, and let your fantasies run wild. You may want to put some lube on your fingers. Try stroking your clitoris. Tug on it, push at it, grind against it, do whatever feels good. Then try gently stroking the lips of your vagina, inside and out. Take your time, and pay attention to what turns you on the most. Once you’ve made yourself come a few times, you’ll be ready for more advanced methods.

One very popular method is oral sex. The lips and tongue are soft, warm and wet, so they feel good right away. Going down on a woman can be intimidating if you’re new to it—unlike a man’s genitals, which are very visible and easy to understand, women’s genitals aren’t all visible, and there are lots of folds and creases which look different on different women. The tip of the clitoris can hide in its hood sometimes, too.

But don’t let that get you down—ask your partner to give you some feedback while you lick her. Put a cushion under her bottom, so you can get a better angle, and make sure you are in a position that’s comfortable for you—chances are you’ll be down there for a while! Try different things: swirl the tip of your tongue against the hood of her clitoris. Lick her in long strokes from the vagina up to the tip of the clitoris and back down again. Flick your tongue in light, swift motions, then switch to a long, slow grind. Slip a finger or two into her vagina while you’re at it. And while you’re doing all this, pay attention to the signals she’s sending you. If she’s moaning and screaming “YES!” chances are you’re doing something right. If she’s nudging and shifting, she probably wants you to adjust or try something different. Ask her to be open with you, so you can figure out what works best for her.

Toys are also a great way of experimenting, and you can use them with a partner or by yourself.

Ticklers (like the Cyber Flicker) are small vibrators with soft extended parts that “tickle” or flick against the glans, with a light touch that sends many women right over the edge. They can be used alone, in combination with other toys, or during intercourse. For example, a woman can hold it against her clitoris while a male partner (or a female partner using a strap-on) fucks her from behind, so she can come with his cock inside her. Men: if you haven’t experienced this, now’s your chance. And your cock will be throbbing right up against the internal parts of her clitoris, so she’ll come even harder. Think of it as a win-win.

A clitoral pump, like this one from California Exotic, can be used this way too—it provides suction, similar to what a partner can do with his or her mouth. This can be used on its own, or with a partner, if you want to experience the feeling of penetration and oral sex at the same time. (And trust me here—you want to.)

You might find that all of these methods make you come like crazy, or you might find just one or two that do the trick for you. If you’re experimenting with a partner, you’ll get to know each other’s bodies, and better understand how to give your partner a mind-bending orgasm every time. Once you get to know your clitoris, you’ll never have to fake it or go without—you’ll know how to pleasure yourself, any time you want. Now that’s a subject worth studying.
Tags:
Views: 4055

SaucySarah
Sarah is a freelance writer and activist. She writes on sex, women's issues, food, and the environment-- and believe me, they're all related. When she's not learning languages or developing recipes, she's researching the finer points of pleasure.