Anti-Depressants and your sex life. 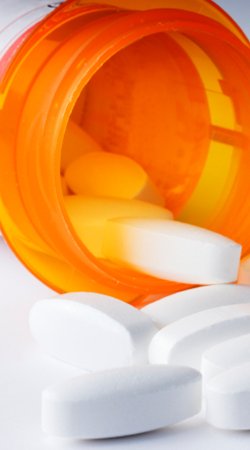 http://www.healthyplace.com/blogs/copingwithdepression/files/2012/02/pills.jpg
Being bi-polar took a toll on my sex life, so I got on medication and that took a toll on my sex life. I came to the realization that there is just no winning.
Living life not knowing you're mentally ill is really hard. Finding out that you are mentally ill is even harder. I went 18 years not knowing why I was different or why things affected me the way that they did. I lost a lot of friendships and stressed my family life to its limits while figuring out exactly what the problem was. I can't say knowing what's wrong is better than not knowing, because knowing was just as difficult.

First off, let's talk about what Bi-polar is and isn't. Bi-polar is a mental condition, yes. Bi-polar does not mean that you are happy one second, sad the next, and back to happy again within a matter of moments. Bi-polar is not mood swings. Bi-polar does not mean that you have to cut yourself or that you are going to be committed to an insane asylum. Bi-polar is multiple states of depression. I was told by my doctor that my level of "happiness" was actually depression for "normal" people. Don't ask me what "normal" is because obviously I don't know and I haven't found anyone who could tell me exactly what "normal" is. With my high levels being depression, that means that my low levels are very low states of depression, which is where thoughts of suicide and low self worth come into play. Everyone is different, and no one can tell you exactly how you should feel about your bi-polar or depression. That's all something you have to work out with yourself.

There are multiple ways to deal with being bi-polar. At first, I attempted the no medication route. I wouldn't suggest it, but then again I wouldn't tell someone medication is the only way to go. Figuring out what my triggers were helped a lot. When I say triggers, I mean personal things that set my depression to its lower levels. They could be anywhere from too much free time to certain actions a person could do. For awhile, avoiding my triggers helped my depression and bi-polar tendencies, but it almost made me a hermit. I didn't want to leave my house because I just didn't want to deal with feeling like I wasn't in control of my life. It's hard to explain to most people what bi-polar is. Everyone seems to think they have a mental condition and that it's something that society is welcoming of now. It's not, and with all the misinformation out there, it's even harder to tell someone about your bi-polar. I realized that I couldn't just keep it to myself. I had to explain to friends and family that I didn't enjoy being the way I was, but that it was something I had to work on, and realistically that I needed their help too. Telling my best friend that all the things I had put her through were just side effects of a mental illness felt like a total cop out to me, but in reality they were things I couldn't control. Luckily, I had a great support system, worked everything out, and got somewhat of a level of understanding from everyone.

After several years of trying to deal with everything on my own, my mother talked me into trying medication. I've been on medication for awhile now, and while most things seem to be better, my sex life just wasn't improving. Being bi-polar put pressure on every aspect of my relationship, even more so on my sex life. I'd lose interest a lot faster than I should and I'd just get upset for no reason mid-sex. I thought being put on medication would even that out, and while it did, it made it impossible to climax. We tried all sorts of things, more foreplay, new toys, different positions, anything and everything we could think of. And after a while of trying and trying, it wasn't impossible to climax anymore. Instead it was very hard and didn't happen often.

Making my boyfriend realize that it wasn't him but the medication was just as difficult as dealing with the frustrations of trying. He is the most understand and caring man I've ever met. He's constantly reading about different ways to make it work, and wanting to try anything to make it so I can climax. I don't know of a lot of men who would try so hard for their woman, but I couldn't be happier that he's the one I'm working all of this out with.

Leveling out is easy, but still enjoying every part of a normal sex life is hard when you're sick. The best advice I got was to take your time and be patient.
Tags:
Views: 21099