Confessions of a Sex Worker 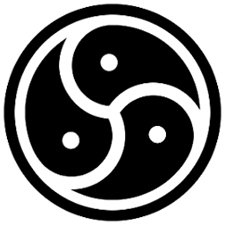 My first phone call was a little nerve racking, I was very nervous about doing it, but my first caller really just wanted someone to talk to about his fantasies who wouldn't judge him. That first call slowly eased my nervousness, and after my first couple of calls I had become very comfortable with what I was doing. I was finding it more easy to be myself and set up my persona for my listing. I have always been naturally dominant so my persona was a mistress. Though I knew I was naturally dominant, I would end up learning a lot about myself and my sexuality as I talked with others.

One of the things that I would do that helped me get repeat callers was keep a notebook with information on the people that called me. In this notebook I kept their favorite fantasies, I kept a list of the names that they liked to be called, and I kept notes on their favorite scenarios. This helped me quite a bit. I could make them feel like I was listening to them when they called. It helped me keep my calls going in such a way that I didn't accidentally say something that may offend the person. That was something I never wanted to do; I never wanted someone to feel judged for their fantasies. I wanted them to feel accepted and help give them a safe way to explore their fantasies and their sexuality.

After about six months of working as a phone sex operator I started to become very curious about the possibility of working as a professional dominant. I started to do my research on it. I decided that if I was going to try to do that, I was going to do it in a way that I could insure that I was going to be able to keep my clients safe. I didn’t want to just jump in, call myself a dominant, and potentially put people in physical danger because I didn’t know what I was doing. I sought out a dominant that I trusted and respected to help me with this and for the next six months I would explore my submissive side while learning safety procedures from him. I learned how to safely do impact play and bondage. In those six months I was also taking first aid classes so that if I was ever in a situation where something went wrong, I would be able to handle it to the best of my ability.

This part of my journey was one of the most important to me and I am thankful for having gone through it. Though I was not submissive, it taught me that there were certain things I could not do, even if a submissive wanted me to, because the most important thing to me has always been someone’s safety. If I couldn’t do it, I would never expect it of someone else. I also learned a great deal about how I could keep them safe if something unexpected and unplanned happened.
Tags:
Views: 1460