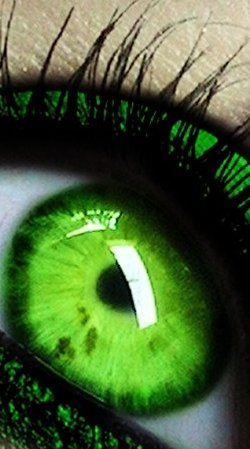 dancarman.blogspot.com
My boyfriend thought I was obsessed with a sex site until he saw the benefits that EdenFantasys brought into our bedroom. I had to reel him in with lingerie before I introduced a sex toy. The toy of my dreams became his nightmare. At first, he liked it, but then he decided that I was addicted to it! It was a shock to me that not all men enjoy the idea of having an extra tool in the bedroom.
A neighbor of mine always received packages in the mail. Sometimes she would wait for the mail carrier to come and I always wondered what was in those boxes. We didn't know each other so I never inquired about it, you know, it wasn't my business. Eventually, we became close and she beat me to the punch. She introduced me to EdenFantasys!

She sat down with me and showed me the whole site. I was hooked! Needless to say, the site can be time consuming so, regardless of the benefit it would give me and my guy, he got jealous. I still continued to visit the site, determined to earn enough with the points program that I could get my own package, but I headed in a different direction. I chose lingerie. I wanted to, “Give him something he can feel”! I know that I look stunning in black lace so when something caught my fancy and fit my beautiful curvy plus size body, I would purchase it. I would perform in the bedroom and he loved it. Honestly, I've lost a few thigh highs to rough play and a few dresses refuse to zip anymore, but I really wanted to venture into sex toys.
I spoke with my Eden friend, and she suggested that I take advantage of the free offer of a High Intensity Bullet with the purchase of an order. I used my points and ordered another lingerie piece to get the toy. When it came in the mail I examined it and was not so impressed. It was small, and I didn't think it would give me what I needed. Boy was I wrong!

The first time I used it my guy and I were in the middle of sex. I turned it on and placed it on my clit, and I got a response from my body that I had never imagined. I got a warm sensation from my toes to my face, and from the penetration coupled with the vibration I squirted! That night the sex knocked both our socks off. For him, he felt like a champ. It was juicy and explosive. I was already looking forward to using it again. I slept with it under my pillow that night.
I whipped it out more and more. It had turned into my best friend, when I was horny, and during foreplay. I was the wettest I've ever been, but he started to catch on to the flow of my orgasm. When I was at my peak he would move it away and my orgasm was not as powerful. This was when the jealous behavior started.

One night, I took it out, and he said,”Hey babe, I really just want to be close to your body. Can we just put that away?” We made love while I stared at the toy on the night stand. Needless to say, he wasn't thrilled the next time I tried to use it during intercourse. I played along and after sex was over for him, and even if I had had an orgasm, I would top myself off at the end for one last fix. In the middle of the day, I would go in my room and lock the door. I would turn on some animated porn and go to work with my High Intensity Bullet. He would come to the door and turn the knob!
I always keep wipes in my room. So after I was done I would politely clean myself off, change my under wear, and go back into the room with my family. He would demand to know what I was doing in the bedroom, and I would tell him I was trying on a dress or something. Can’t a girl get a little privacy?
He didn't buy it and was very suspicious of my activity. One time I forgot and left a toy under the covers. When we got into bed that evening he asked, “Why is this out of the little black box?” I didn't have a real answer for him. I think my face was a little flushed and I might have had the look on my face like I was caught with my hand in the cookie jar. Perhaps he even noticed that I didn't have on the same underwear as I had put on that morning. The whole situation was making me feel like I was guilty of cheating!

Still, no matter how upset he would get that I was getting my rocks off at anytime of the day, I did it anyway. I believed it was a therapy for me what with the cooking, cleaning, and crying kids. It was like an escape. I told myself the bullet helped me to relieve stress, and it was like chocolate except I didn't gain any weight. The pressure to give up my toy was building, though.
Eventually, we decided that since we were not getting along we would take a break. I resisted the urge to play but after three days of thinking, and being alone, I realized that I knew how to take my mind off of things. I remembered that he had just purchased a pack of lithium batteries, for my remote, that I had secretly put inside the bullet. They are very high powered. When I had put them in and turned it on to test it, I just knew that when I used it again it would take me to Pluto, so I couldn't wait.

I needed to take the edge off; so I went to my black box and pulled out my BFF. I got comfortable. I clicked the button and it didn't come on. I clicked it again, and nothing. I unscrewed the top to be sure I had put the batteries in properly. I opened it up and looked inside. The damn batteries were gone! Inside the black box I keep my toys in was a note that read, “You stole my heart, so I stole his too.”
I knew he hated my bullet but I had no idea he would go to that extreme and take the batteries! When he left I guess he thought, “If I'm not getting off, she won’t get off." Really? I mean I have more than one toy but that one is my favorite.

I thought all guys were such freaks that they would love a girl with a little extra in the bedroom. I can honestly say I do feel a bit guilty because maybe I did seem as if he wasn't satisfying me unless we used it. Before I received it I had no problems having an orgasm. The High Intensity Bullet had nothing to do with us splitting up but when he took my batteries he let me know he really didn't appreciate how much I used it. It wasn't my fault that I found something that my body absolutely got a rise out of other than him.
Don’t get me wrong sex with him was amazing and sweet and close. But, by taking my batteries, he did teach me that some guys can feel as if they are competing to be the only thing making their lover’s body shiver. Whether it’s another man, or a sex toy, they just want to be number one. I miss him but he has me ready to spend the extra dollars for lithium batteries!
Tags:
Views: 1566
Related articles

swaggsohott12
Sex is so natural to me I can't say im the biggest freak and ready to try anything, but I love a good orgasm like the next woman!