What Dreams May Come? A Talk with Museum of Sex Curator Sarah Forbes 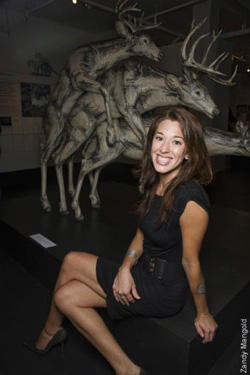 Zandy Mangold
When I was in college, I met a girl who was a professional candy taster. That was her job. Discerning whether sweets had the right hints of vanilla or too much caramel was the sort of thing, I imagined, she did all day. It was a defining moment in my life. The “real world” had been painted by adults as a drab, difficult place where we’d be sandbagged with responsibility. Imagine coming to learn that “Willie Wonka” was a job you could actually get.

The exact same thrill of possibility hit me recently when I happened on a story quoting Sarah Forbes, Curator for the Museum of Sex in New York City. Now, there’s a job title that no one—no guidance counselor, biology professor and certainly, no parent—ever hinted was out there.

And yet, such a job exists and Forbes has it.


I had the good fortune to attend one of MoSex’s first exhibits in 2003: “NYC Sex: How New York City Transformed Sex in America,” at which I was treated to the showing of a vintage cartoon—I think we’re talking Steamboat Willie era—in which a fellow sticks his Willie through a hole in a fence only to find himself getting oral gratification from a cow.

Another cinematic classic, circa 1915, featured a couple getting it on as a voyeuristic female—who was clearly enjoying herself—took in the action from a secret hiding place. I remember having the distinctly unique experience of looking at dirty movies in an intellectual setting—far, far removed from the nudge-nudge, wink-wink environment of classic “adult” retail outlets.

Equally intriguing, in an entirely different way, were the historic artifacts and lessons. Among my favorites, a 19th century guidebook: “Guide to the Harem or Directory to the Ladies of Fashion in NY and various other cities, 1855.” I was also enlightening to learn how Julius Schmid, a New York sausage maker who sold surplus casings as condoms eventually went on to launch the Sheik and Ramses brands.

“My background is in anthropology, with a focus on gender, so actually it’s a really natural transition to this type of role,” says Forbes in explanation of how one comes about landing such a plum gig—or at least how she did.

Initially, Forbes came to the museum as a patron, not a job seeker. “I was just really excited about what was happening here,” she recalls. “It was a very young institution at that point, about two years old, and I was in grad school at the time.”

Forbes liked what she’d seen so much, she sent in a resume. “Someone else with an anthropology background was leaving and I came in,” she says. “I’ve kind of grown or evolved with the institution.” After her serendipitous entre, Forbes started out as a researcher, then moved up to Assistant Curator, before landing her current gig.

Like most who work at MoSex, it’s not easy for Forbes to single out a favorite exhibit. “It would be like choosing between your children,” she says. “You put so much into all of them.” However, she’s particularly fond of a current show: “Rubbers: The Life, History and Struggle of the Condom,” which illustrates the history of the humble sheath and includes “condom art”—like a dress made out of custom-dyed rubbers.

“We were able to have Trojan as an exhibitions sponsor,” Forbes says. Many of the artists created pieces about safer sex. “We were able to pull [them] into a larger narrative, so it has some serious messages it’s fun and it’s playful. I think that’s what we ultimately love about the exhibitions we create.” 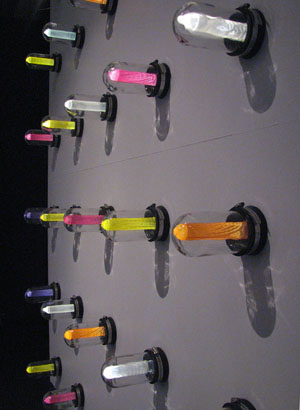 Courtesy of the Museum of Sex

Sex works best, at least sometimes, as multi-person endeavor. MoSex features a wide variety of mediums through which they showcase the subjects it highlights, and this requires a variety of expertise to bring off. In addition in-house curator Forbes, guest curators are sometimes brought in to helm specific exhibits. Ditto designers. MoSex also boasts a host of prestigious advisors, including primary advisors Stanford evolutionary biologist Joan Roughgarden; Marlene Zuk, biology professor at UC Riverside and author of Sexual Selections: What We Can and Can’t Learn About Sex from Animals and Kees Moeliker, Curator, Natural History Museum Rotterdam.

“We create these large thematic exhibitions, so maybe an artist will contact us at one point not appropriate at that moment a year or two down the line, and there’s an exhibition that it’s perfect for,” Forbes says. “Sometimes they may not be making content in relation to sex, but their perspective might work with a given exhibit … We give artists a wonderful platform to create pieces to have conversations that other institutions may not be able to have.”

While other museums are feeling the clammy hands of the recession tightening their budgets, MoSex is actually expanding. Relying exclusively on patronage, they now have four galleries. “so when people buy tickets to them museum they’re not just supporting that one day and that one experience they’re really supporting having an institution of this type in this country,” where the goal is education, entertainment and mostly intriguing you enough to continue discussing the topics presented on the way out the door.

So what your mom said was true: If you study, pay attention and follow your dreams, you can get a spiffy job, too. There are such jobs as candy taster. Only now that you’re grown up … there’s better stuff than candy. 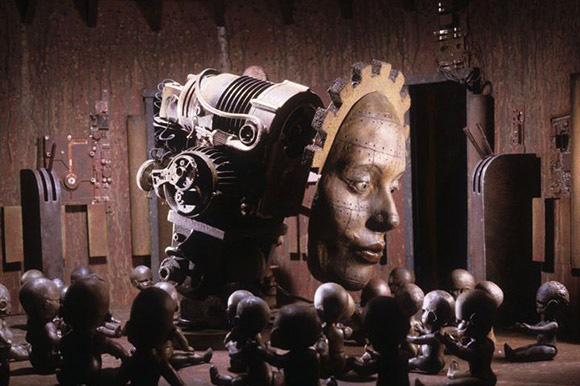