Going From Prude To Edenite 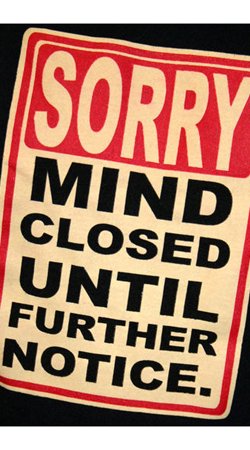 This is my story of how I changed from a Southern-raised Catholic-Baptist prude to a sex toy loving mature woman, mostly thanks to Edenfantasys.

My parents never talked to me about sex, so all the information I got was from Sex Ed (also known as abstinence class because that’s all they teach you). I planned on waiting until marriage and always pressed down any sexual feelings I had. When I turned 16, I was finally allowed to date, according to my mother's rule, and yes, I did everything my parents said. That was also the year that I moved out of the house.

I went to a residential high school in southern Alabama for kids who felt bored and thought their education was lacking at their old high schools. That meant dorms, no parents, and with only 300 students at any time, it also meant everyone was bound to get to know each other.

It took less than a month for me to get my first boyfriend. He ended up being a little too obsessed for sex in my prudish tastes, so I dropped him before even kissing him. And that happened a second time except it wasn't for an interest in sex, it was the crazy bipolar problems. And then there was the third. That was my first kiss and he was too shy to show any interest in wanting to do me, so it worked out. I'll skip the crazy drama, but we did break up a couple times and are currently together again.

But in between that, I was asked out by a senior whom I had never spoken a word to. I thought it would be worth a shot, so I said yes. Little did I know, he was very into drugs, including heroin, and had a libido powered by its own nuclear plant. He was amazed by my innocence... and bound to destroy it. He even came up with a "plan" that introduced a new sexual activity each week to ease me into things. Um... yeah, I was not okay with that. Since I was 100% against drugs, that relationship did not last much past the making out stage. After that, my uphill battle against the inner prude plateaued.

Through all that, I had acquired a very dear friend. He was always trying to break my shell and get me out into the world. His intentions were unclear, but I later discovered that his last and most major girlfriend was an honest to heck nymphomaniac and he had done way more than I had ever imagined. I think it blew his mind that I was so opposite of her. It blew my mind that this nerdy dude had done so much. The point of this memo of recognition is just to say that he did help me get past my bigoted beliefs on sex and people who have sex. And even though we don't speak anymore after a small episode of dating (always know the risks when dating your best friend), I just wanted to say that I am grateful.

I started dating my current boyfriend again at the end of junior year. We made out a lot in the dark corners of campus, but genital touching was off the table. I still don't know how he understood that and didn't ever try anything. He was shy, so I guess that makes sense. He had been sexually active with his last girlfriend, but had only had sex a couple of times, and from what I'm told, the act was never completed. It was a huge roadblock for me that he had ever had sex with someone, and my closed up mind always thought he was evil in a way because of it. But after over a year of dating, we finally did the deed.

You might think that's the end of the story. No longer a virgin, no longer a prude, right? Wrong. Somehow I still managed to keep that mindset even though I had become what I detested. It took about 8 months of living that way until I found EdenFantasys.

I went on the hunt for something to improve my sex life. Something... adventurous. I was also fed up with the poor choices of lube and awkward cashiers at Walgreens. So I browsed the internet and went to some websites that are supposedly "popular" but give you the icky feeling you get when you walk into a gas station's restroom. I was dissatisfied and about to give up. Then I clicked the link for EdenFantasys. The homepage shocked me because of the blatant advertisements for sex toys. But my curious side kicked in, and I explored. I was amazed that there were reviews. That people were actually comfortable enough to write about their experiences with what I thought were incredibly private and secret items. Somehow, though... it worked for me. I liked that I could read the reviews, albeit tomato red in the face. Because other people were open and comfortable, it started to make me comfortable.

The website harbored no sketchy elements like that gas station's restroom. I wasn't afraid of the toilet seat. I wanted to just sit down and enjoy it. I ordered lube as my first item and got a free gift along with it. The free gift was a bullet. I had debated whether or not it was a good idea to get it, but I said "hey, it's free, why not." That little bullet changed everything. I finally started masturbating regularly instead of every few months. Then that bullet found its way into the intimate moments with my boyfriend. And then that bullet led to bigger and better sex toys.

EdenFantasys saved my sex life and made me much more open minded. I love everything about it, including SexIs. I love being able to read about things that I used to think were taboo. I especially love the trust and comfort. I feel like EdenFantasys could never in a million years make me angry or rip me off.

The community feels like a big family that I am proud to be part of.
Tags:
Views: 1234