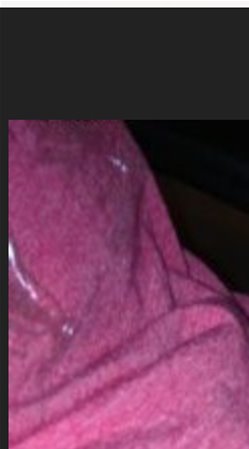 I’m going to tell you about one of many encounters that I’ve had with the only guy that I’ve ever messed around with. How there was forepay but it wasn’t kissing or anything like that. How the anticipation built from the beginning until the end; from before his dick came out of his pants until he pulled it out of me. How turned on I was looking at it, touching it, putting him in my mouth and then inside me.

I still get shivers, over 20 years later, when I think about that night.

I don’t know what you would call me and I don’t care but I love dick but I’m not attracted to guys. I just really really like the penis for some reason, especially his. I’ve never held hands with him or kissed him or anything like that but I’ve fucked him quite a few times. It’s been 10 years since our last encounter but I hope to have him again.

The one ‘actor ‘ with the really huge dick came on the screen. I love watching the girl pull his pants down and out pops his huge dick. I said wow I love watching that dudes dick come out and watching her play with it. He asked me if I liked his dick. I said hell yes. I pulled my pants down and started stroking myself. He pulled his out and I immediately started drooling. His dick was so girthy. I’m not small by any means but this dude is big. I honestly remember him being almost tiny, so this was shocking, in a very good way I remember knowing I was going to reach over and grab him but the anticipation felt amazing. He was slowly pulling up and down on his dick. He would stop and squeeze himself and sometimes keep his hand still and fuck his hand. I couldn’t wait to feel him. He was looking at the tv and said wow that’s a huge dick. I shook my head and looked up and said yes he has a big dick too as I looked back down at his fat rock hard dick. He pulled it up and it slapped back down on his belly. He said watch this and he squeezed his head. When he took his hand off his cock head re inflated. That’s when I went for it. It felt so sexual to ask. I said can I try that. So I very lightly touched his very girthy shaft right under the head.

His dick was so hot to the touch. I felt it jump when my finger brushed it. It kinda pulled up. I gently pulled his dick straight up and squeezed down on his head. I said that’s cool. Does it feel good? He replied it did. I said your dick feels really cool I like to touch it. I used each finger to measure his girth one at a time just giving him real weak tugs. He was sitting back smoking a bowl and I was just mesmerized by his dick. I was thinking about him in my mouth, practically drooling but let the anticipation build. I was thoroughly enjoying slowly jerking him. He said you like that I said it feels so cool in my hand it’s so fat and hard. He handed me the bowl and started to play with me. He said we should stop each other before we cum. I was thinking hell yes because I wanted it to last all night. I was also wondering what it would feel like penetrating me.

We went back and forth just playing with each other and I couldn’t wait any longer. I asked can I try something? He said sure. So I slowly leaned over and put just the tip in between my lips. My mouth was so wet. I just rubbed his tip really softly on my lips and I could feel his dick pulling and throbbing. Knowing he felt good turned me on even more. I slowly put his head in my mouth and was just slowly working it. I started to slurp and make some noises. I started going down farther a little at a time. I asked him to stand up. We faced each other and he was jerking on me while I packed a bowl. He said my dicks bigger and was laughing. I pointed out that he was much girthier and I showed him with my fingers in an ok sign. But I said you’re not longer. He lined our dicks up and pushed himself into me right next to where my dick comes out and I was at least two inches from hitting him back. I said ok you win your dick is way bigger. He looked so much longer standing up. I was gagging myself sucking his big ass dick. I said can I have you inside of me.