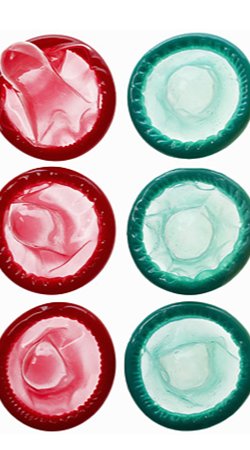 http://blogs.miaminewtimes.com/shortorder/condoms.jpeg
Laws can be a benefit. But sometimes they are just stupid and at those times I don't mind suggesting ways to exploit them, as long as you take the time to check on things to make sure it will work first.
This idea is actually something I thought of before Prop B passed in California, but I didn’t care then and I kind of don’t care now if they wear condoms while fucking. History is full of stories of people finding loopholes to legal issues. I would expect there are specifics that aren’t listed in the documents of this proposition and these things can often be exploited.

Case in point is a story I heard of a guy who got pulled over for speeding. When the cop got up to the driver’s side of the car he saw the driver wasn’t wearing a seat belt. When he added that to the ticket the driver pointed out that he was wearing a seat belt, but he had made it into a regular belt and argued that the law didn’t stipulate how the seat belt had to be worn. The cop didn’t agree with the argument and left it on the ticket. So the driver took it to court and gave his argument. As the story goes, the guy won his argument and the ticket was removed from his record.

Then there is the story of a guy who was being forced to cut the weeds around his house or to pay some sort of fine. When he went to court he brought a dictionary. The definition of a weed was something like a plant that was in an undesired location. After reading that, he then said that he wanted each one of those plants where they were so they were not weeds by definition. The judge ended up having to decide in his favor much to the dismay of the city.

So here is my idea or a couple of them. I am willing to bet that Prop B doesn’t say how condoms have to be worn or how effective they have to be. So I would suggest a site be called something like let’s say, condompoppers.com. The premise for this site is pretty simple. It would feature videos of condoms getting popped. This could happen because a guy is using a really old condom. It could happen because a girl wants her boyfriend to marry her so she weakens the integrity of the condom. They could also have story lines of guys who simply want revenge on an ex so they poke holes into any condoms in the ex’s house.

Since I don’t really want to read the entire thing, I would suggest that anyone who wants to play this game find some shit out first. But if I am correct and it does not specify how a condom is to be worn, for instance if it doesn’t actually say that it has to be worn on the penis, then someone could wear a bunch of them as jewelry: condom necklaces, condom bracelets, condom decorated sunglasses, or even a watch with condoms that make the band around the wrist. How about a belt made out of condoms? Maybe even a giant condom as a hat. Granted that would be something for a comedy, but it could work.

The point I am making is that there are plenty of ways that a condom could be technically worn and still be following the law. You could even put one on your finger/s for finger fucking. While some of these ideas might be getting into the obscure, if they law doesn’t say the condom has to be worn on the guys dick, then it can be exploited and to a point bypassed. To anyone who wants to try doing this, I suggest consulting a lawyer first and possibly even be ready to file appeals.

While I am thinking of this, the last thing I would like to say as far as Prop B goes is that I do think it is absurd to the point of being retarded that even a married couple performing on webcam could be cited for breaking this law when not using a condom. Although I would expect a cop having the ability to use discretion would choose not to cite a married couple who chose not to use condoms during a cam show.

Editor's note: We at SexIs Magazine would never condone intentionally breaking the law, but a little civil disobedience never hurt anyone.
Tags:
Views: 2225