It's Okay to Shout, But if You Want to Whisper That's Okay Too 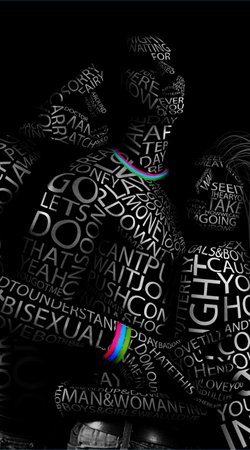 by icentaurus
Coming out doesn't have to be huge. It's different for each person.
For a long time I’ve kept half of my personality neatly boxed in a corner of my mind. The half that includes my interest in other women, my love of pain – both giving and receiving – and the feeling that sex just wasn’t satisfying if it wasn’t rough. Now, for the first time, I’ve found the courage to explore just how deep the pit of my identity goes.

I am a shy, private person by nature. It’s been ingrained in me, for as long as I can remember, that feelings and desires – ones that didn’t fit into my parents’ neat little box of morality – should be silenced.

I grew up in the Church of Jesus Christ of Latter-day Saints (LDS). No shame, no blame, just a fact. I remember my father ranting for hours about how anything other than a man and a woman couldn’t possibly be love. It was an abomination, he would scream, raining fire and brimstone down on anyone that was different. Hell, I probably know the Bible back to front solely by virtue of him screaming verses at us when he got himself worked up.

The viewpoint was harsh, in my opinion, but I kept quiet. After all, he was my father, so he knew what was best, right?

When I turned eleven, the usual hormones kicked in, and I started noticing boys in that special way...right along with girls. Terror promptly set in. Was something wrong with me? I wasn't a lesbian, but I wasn’t straight either. Mostly, I was confused, and the people I should have been able to talk to would have condemned me right from the start.

Because of that, the next four years were spent taking that piece of my brain and shoving it into the deepest, darkest corner of my mind. I searched for acceptance in all the wrong places in high school, and...well, let’s say that I didn’t find it in the back of a car or a dark, secluded area of the park, no matter how many times I looked.

Coming out, for some, is a huge announcement. They are finally free of the lies and the shame, and they want to shout it to the world, so they do!

God, I wish I was that brave! Instead, coming to terms with my sexuality has been a completely different route. The articles on this site are fascinating, written by people that are completely open to whatever their preference happens to be. I wanted to be that. So I reached out.

It wasn’t anything big. I found a website that previously would have had me clearing the browser history and looking around in guilt for fear that someone in my empty room had seen me. My hands shook as I typed my information, and completed the profile, though it was a whole month before I found the courage to talk to anyone.

On the day of my first munch, I threw up before I went because my stomach wouldn’t stop churning. As soon as I got inside the innocuous little coffee shop, though, I felt my jitters ease. The woman hosting it was just like me; ordinary and smiling and oh-so-easy to talk to. I made friends with her, and we started talking over the website. She helped me meet other people, including the couple that I primarily play with now.

In two months’ time, I’ve found more love and support from my adopted “family” than I ever imagined. It is so liberating to be surrounded by people that know the secret part of my identity, and love me all the same. Just with that small step forward, years of repression have washed away, and I feel so much better because of it. There’s no reason to be ashamed anymore.

Talking to my parents is something I still haven’t been able to conquer. I’ve been spanked until my ass was bright red and numb, had needles pushed through my skin and tugged, and been made to parade around in nothing but a collar in front of a huge group of people...yet, the thought of my parents finding out makes me quiver with fear.

For me, the first step was that first little bit of acceptance in my own mind. The second was finding people of a like mindset. Now, I face the third step: telling those close to me. For now, though, I am content to be right where I am.

My name is Lissy. I am a mother, a daughter, and a lover. I am bisexual. I am kinky. But most importantly, I am me.

Miss Lissy
As much as we all enjoy cash, drugs, and monkeys, I think we can all agree that the greatest thing to ever go into, or come out of a bra, is boobs

I'm Lissy. Wildly inappropriate, kinky, creative, socially unacceptable, tall, brunette...all of this and more is what makes me awesome.

Other articles by Miss Lissy