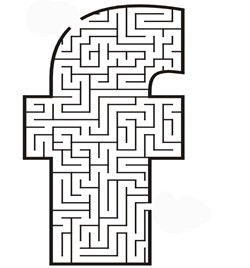 What is sex itself were hauled before the FCC and forced to defend itself? G.L. Morrison considers the twists, turns, and inherent satire of such an eventuality, in Act II of this three-part satirical (we hope!) look at freedom of speech.

Narrator: There are a number of words that are considered particularly heinous. The men and women who prosecute these words are members of a special task force: the Federal Communications Commission (FCC). These are their stories.

J. Edgar Hoover: (Fans himself with his files) Yes, your honor?

Judge Judy: Your slip is showing.

Sigmund Freud: (Quips) Well, it’s not one of mine.

Hoover excuses himself to go adjust his undergarments. Roy Cohen exits with him to hold his purse. Harvey “Two Face” Dent rises for the prosecution.

Dent: I disagree with my distinguished colleague.

An undercover FCC Agent pulls out his calculator and begins to make furious computations.

Dent: Those are the defendants’ proper names, your Honor.

Judge Judy: Not in my courtroom, Mr. Potty Mouth.

Shit has a giggle fit. Motherfucker pinches him into silence.

Shit: But she said…

Dent: (Bitterly) And they call me two faced.

Clarence Darrow: Your Honors, I must object. The Prosecution is trying to confuse the issues with this line of questioning. The First Amendment isn’t on trial here.

Senator McCarthy: You think that makes you special, being the first? You think that the Founding Fathers wrote you first because you are soooo important?

The First: (Recovering composure) Yes, I do.

Senator McCarthy: Your honor, I object. Argumentative. Move to strike.

Clarence Darrow: He can’t object to his own line of questioning.

Senator McCarthy: I object to you.

Justice Judy-Scalia-Vader: The Defense will be quiet, or we’ll strike you as well.

Senator McCarthy: (Turning his pitiless gaze back at The First) What if I said that because you’re the first, you’re actually the least important. You’re the pancake amendment. Just practice. Just to get the ink rolling out of the quill. The Founding Fathers didn’t really know what they were talking about until at least the Third Amendment.

Moses—as in, “On the Mount”: (Heckling from the gallery) The Second!

Senator McCarthy: That’s what I said…The Second. What would you say then?

The First: (Squirms prettily, unable to look McCarthy in the eye for fear he’d suck out her soul.) Well uh, my first reaction would be something like “Huh?” or “WTF?” followed by “You’re wrong.”

Senator McCarthy: (Eyes bugging) I’m wrong? Me? (The concept is unfathomable) No, my dear Amendment, you are wrong. You’re the wrongiest, wrong in Wrongville. How do you know what the Founding Fathers meant? Were you there?

The entire Defense team leaps to their feet.

The Defense: We object!

Justice Judy-Scalia-Vader: (Sighs) You would. Does the prosecution have any real questions for this witness?

Senator McCarthy: (Petulantly) No, but we reserve the right to recall her later.

Justice Judy-Scalia-Vader: So noted. We’ll recess then until next week’s episode.

Matlock: But your Honors, we have witnesses waiting to testify. It will be a hardship to reschedule their testimonies."

Justice Judy-Scalia-Vader: (The Scalia head) I’ll bet it has.

Matlock: It would be a hardship to reschedule his testimony at another time.

Justice Judy-Scalia-Vader: (The Scalia head) I’m sure his ass is used to hardships. (The Judy and Vader heads concur.)

Justice Judy-Scalia-Vader: Counselor, don’t make me hold you in contempt any more than I already do. (Lord Vader gives Matlock a look that sucked the air out of the room.)

Matlock: No, Your Honor, of course not.

Jury Foreman: (Rising) Before we adjourn, the jury would like to request to reexamine some crucial evidence.

Jury Foreman: Could we see that picture of Janet Jackson’s nipple again? None of us could find a clear photo on the Internet. I must have worn out my TiVo trying to get a peek.

Justice Judy-Scalia-Vader: (The Scalia head, nods in agreement) Me, too. Photos of Ms. Jackson’s pierced nipple will be made available in the jury room and select men’s room stalls, as well her Playboy pictorial for comparison and authentication.

Jury Foreman: Thank you, Judge…Judges. (The men on the jury—except one—raise their fists in victory, while the female jurors—all except one—roll their eyes in disgust.)

Befuddled Actor: (In bed) There’s one of these for me and one for her. And when we... well, you know... then they like you know, then POW-SNAP-CRACKLE-POP. She says it makes her you know SHAZAM. You know what I mean, Honey?

Bailiff: Will the F-word please rise.

A dozen confused people in the courtroom stand up, including the stenographer.

Justice Judy-Scalia-Vader: In my courtroom it is, Mr. Potty Mouth.

Justice Judy-Scalia-Vader: (to Fuck) I’m warning you before we begin, if you pull any of the shenanigans you did last week...

Fuck: (trying to look innocent and failing) Who, me?

Justice Judy-Scalia-Vader: Yes, you. I will have you gagged and tied to that chair if I have to.

Fuck: If that’s the way you like it, Sweetie. My safeword is Cummerbund.

Justice Judy-Scalia-Vader: Counselors, advise your clients the appropriate way to address the Judge is “Your Honor” not “Sweetie.”

Justice Judy-Scalia-Vader: The Defense may call its next witness.

Perry Mason: The Defense would like to call the letter F to the stand.

Bailiff: Do you swear to tell the truth, the whole truth and nothing but the truth, as edited for television?

The Letter F: (in a Muppety voice) I do.

Perry Mason: State your name for the record.

The Letter F: (shakes its googly eyes) This testimony is brought to you today by The Letter F.

Perry Mason: Do you know the defendants?

The Letter F: Only by reputation. They don’t come to Sesame Street. We’re a gated community.

Perry Mason: What testimony do you have to offer that is relevant in the case against the Seven So-called Dirty Words on trial?

The Letter F: Just that it’s not fair.

Justice Judy-Scalia-Vader: (glares at the courtroom) You’re in contempt! Everyone in the room is fined one hundred dollars. (Looking back at The Letter F) You, too.

Bailiff puts money from his own wallet in a glass jar then carries the "Cuss Jar" around the court, collecting fines.

The Letter F: That’s what I mean. Because people are afraid to say FUCK…

The Letter F: So they say “F” this and “F” that. How does that make me feel? I work with children, goddamnit. How do you think it affects my job if the F word is Fuck?

The Letter F: I’m the laughingstock of the alphabet. It’s slander. It’s identity theft. (Pointing at the defendant) Fuck Fuck!

The Letter F: Fuck off!

Fuck: You don’t want to fuck with me, motherfucker.

The Letter F and the Judges are foaming at all their many mouths. The Letter F is carried from the courtroom in a straightjacket, muttering obscenities to itself.