3 Scary (Deadly) Trends in our Youth 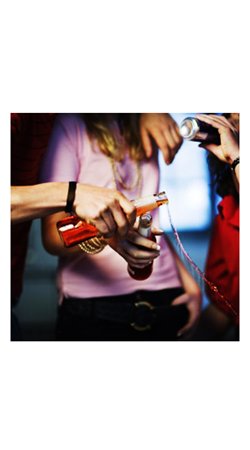 http://www.drugfreehomes.org/tag/prevent-teen-drinking
They do what?! And put it where?! The youth of today are very creative, but sometimes the desire to get the quickest buzz or latest gadget can turn deadly. Here are some of the dangerous trends occurring in younger people.

We are a materialistic world, especially when you live in a developed country. It's all about keeping up with the Joneses. It's the "whoever has the most toys wins" mentality. And that desire for more goods starts as children and can get worse with age. This is especially true in teens and pre-teens. So eager to impress their peers, they may do whatever they can to get the latest, newest brands. That desire can turn dangerous.

They're called "prosti-tots." Young girls (and boys, too) can be anywhere from age 13 and up. They are usually recruited by older girls, thus continuing the cycle. The girls will head over to the mall and wait. A man who knows the game will proposition a girl for sex. She will accept and they'll do the deed. After that, the man will buy her something they agreed upon, whether it be the new Prada bag or Lucky jeans. Then they'll part ways until next time.

This behavior is deeply explored in Oral Sex is the New Goodnight Kiss by Sharlene Azam. Among other things, Ms. Azam interviews girls to find out how exactly a 14 year-old ends up getting into cars with strange men, getting into college parties, and end up giving oral sex at a fraternity. It's a chilling yet informative read I recommend to anyone.

This doesn't just happen in low income or struggling families. In fact, this is occurring primarily in middle class to upper middle class families in suburbia. And from catching STDs to being alone with unknown, strange men with nefarious intentions, the dangers are real.

No, you didn't read that incorrectly. A tampon where the sun doesn't shine, or an enema of alcohol. This isn't a game where the loser puts a feminine product up their rectum. No, these kids are volunteering to put them there. And they're not ordinary, plain tampons. Oh no, they're treated.

They're soaked in alcohol.

But they have options. If they don't feel like using a tampon, they can have an alcohol enema. You might have seen a recent situation where a fraternity was giving out alcohol enemas. This is not an isolated incident. It's happening, and it kills.

A quick bit of biology. The normal way alcohol should be consumed should be: mouth, esophagus, stomach, small intestines, blood stream and liver. The majority of absorption (and the feelings of fuzziness you get) happens in the small intestine. However, having food in your stomach and going through that path is the natural way of things. Your body is able to process the alcohol in this way.

Now comes the idea of backwards (literally) alcohol entry. It bypasses the normal way of things and alcohol gets directly absorbed through the wall of the large intestine. And it goes straight to your head, liver, and organs. There is no safeguard here. The body can't vomit to get rid of the alcohol, because the source is where it shouldn't be. The user has single-handedly destroyed all their natural survival mechanisms. They get drunk quicker. And they'll die quicker.

The kicker is that many doctors are not familiar with this insanity. And how could anyone be mad with them? How should a doctor immediately know, "They're getting drunk from their rectum!" Those few minutes of confusion can be the difference between life and death.

Teens and young adults take their appearance seriously. They want to look their best but they also want to drink. Because alcohol can certainly pack on calories, these kids have decided to remedy this in their own way. And no, they don't decide to drink less or choose wine over a margarita.

They simply choose to forgo eating.

"Drunkorexics" will limit their intake as much as they can. Some will not eat the entire day leading up to their partying night. Most drunkorexics are women (but men have done this too). Having no food in your stomach before drinking can be disastrous. Food helps keep the alcohol in the stomach longer and can keep the alcohol from hitting you as fast and hard. That, and ingesting just alcohol can do irreversible damage to your digestive system and cause stomach ulcers, among other things. It's very caustic, and food works as a good buffer. Also, drunkorexics are more likely to get sick after drinking and suffer from malnutrition.

Sometimes getting sick is done intentionally. Then the person is considered "drunk-bulimic." They want the best of both worlds at a deadly price.

What can we do?

Awareness is the first step to moving forward and solving problems. Knowing that this is going on and acknowledging it can open dialogue and discussion. More than anything, education is key. Perhaps explaining incorrect alcohol consumption should be included in health classes. Or maybe as a society we need to place less pressure on getting the latest gadget and adhering to the newest fad.

Another method could be removing the stigma placed on both sex and alcohol consumption. Removing the "forbidden fruit" syndrome on alcohol will lessen the glory of alcohol to teens and young adults. Showing correct alcohol consumption and being open about its place in culture can curtail more...drastic drinking methods.