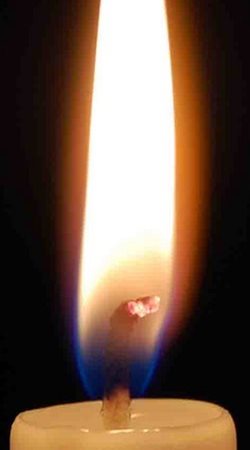 My boyfriend and I found ourselves in a bit of a rut, and this is how we worked our way out of it.
My boyfriend and I have always had a pretty healthy and consistent sex life. At least twice a week, we would take a night (or a morning, or an afternoon) to ourselves. We'd turn off our phones, set the mood, and basically spend the night having our "alone time." Recently, however, thanks to our crazy schedules and high-stress lives, we had fallen into a bit of a rut. We hadn't been taking as much time for foreplay or romance. We weren't using our toys or sexy lingerie. Our sex had become... boring. It was causing a strain in our relationship. We knew we needed to fix it, we just had to figure out how. How does a couple in a rut rekindle their sex life? The answer is not as simple as you would think. It had to be simple enough to fit into our schedules, while being effective enough to fix the problem.

In the end, we decided we were going to implement a rule of sorts. The plan was pretty simple: he and I would trade off nights to be “in charge” or “dominant.” The person in charge could do whatever they wanted and was responsible for coming up with what would happen that night. The other person had to be completely submissive and do whatever the other person told them to. These were the nights that we could try anything that we fantasized about. At first, I was concerned about being in charge. I was worried that I would feel the pressure to come up with something exciting, and that whatever I came up with would fall flat. Instead, I was surprised to find that I moved into the dominant role pretty easily. The plan started working out better than I thought. Not only did it make the sex more exciting for the person who was not in charge, but it challenged the person who was in charge to come up with even more creative and exciting ideas. It appealed to our competitive side, and it pushed us to try to one up each other.

There were, of course, some guidelines. We had to make sure to check in with each other before we started, checking to see if anything was off limits for the night. For instance, if I let him know that my wrist was hurting, he knew not to use handcuffs or any restraints on that wrist. It worked out so that there was still the anticipation of “what is going to happen next?” but it kept us from having to worry about sudden pain or discomfort. This kind of check-in helped us relax and get into the mood more.

In order to make it as pleasing as possible to the other, we would offer some vague suggestions and branch from there. I remember asking my boyfriend on one of my nights if he would be more interested in roleplaying or more direct domination. When he said roleplaying, I quickly came up with a fantasy to play out and dove right in. One of my nights stands out in particular; he and I were roleplaying as a massage therapist and her client. It was a scenario that we had never played out before, so I was excited to try it out. I broke out some of my lingerie that I had not worn in a while. I knew my boyfriend had a rough day at work that day, so it was great for him. Not only did we have amazing sex, but he got a pretty good massage out of it.

Occasionally, we forget whose night it is and bicker about it, but that is a pretty minor problem. Our plan has worked out for the most part. This was just the trick we needed to work ourselves out of our rut, and it has definitely added more spice to our sex life. It has even helped us discover some things that we had not tried before. This plan became the perfect platform for trying new things. More importantly, it helped our relationship. Through doing this, we have become more in tune with each others feelings and desires. That night that I talked about was a perfect example; I took what I knew he was feeling and translated it into something that made him feel better, without even really thinking about it. It is something that has spread from our sex life to our relationship as a whole.

If you and your significant other find yourselves in a rut and need an idea for a way to help remedy the situation, I definitely recommend trying this out. It worked for us, and it might work for you, too!
Tags:
Views: 1842

FreedominBondage
What do you really know about me? I love sex. I enjoy roleplaying, bondage, and trying new things. ;)