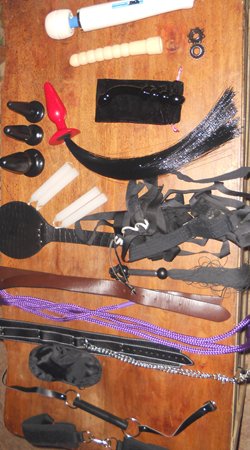 lovesexandmarriage
You love sex, particularly kinky sex. But how do you know if you are ready to take your relationship to the next level, and become truly submissive?

But through this period of research on BDSM, I soon discovered I had the desire to become more submissive to M. At the beginning of this stage, I classified myself as a bottom, wanting to be dominated in the bedroom: tied down, spanked, used. But I thought that was as far as I wanted it to go. I fantasied about it, I talked to some online friends about it, and finally in late April after a series of events, I was able to open up to my husband about wanting to take our relationship to the next level. He was intrigued, perhaps hesitant even, but was willing to try, and that began our first step in the D/s journey that we are still on.

And in that time period, I have learned so much, both about myself, my relationship, and my submission. I’ve learned about trust, about love, and about what it means to give yourself to another completely. And I’ve discovered that I am so much more than simply a bottom. I have found that what I needed included more than just dominance in the bedroom, and M and I have engaged in a power exchange that has far exceeded any of my expectations. 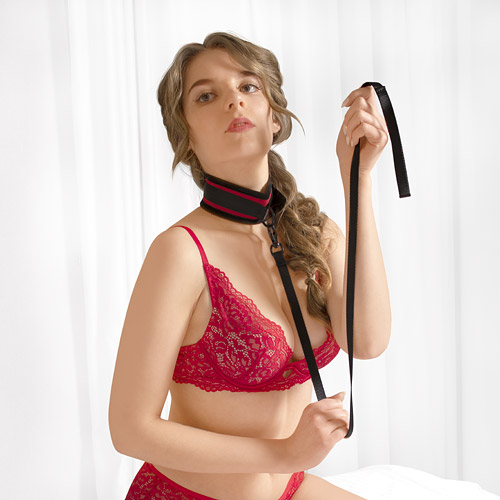 With an open mind and a little imagination, this leash and collar set can spice up your sex life. – Nyja1222


Submission comes in many forms, all different, yet the same. Some, typically referred to as “bottoms," sub only in the bedroom, while others partake in a power exchange beyond that, which leaks into their everyday life. And then there are those who relinquish all control, become slaves to their Masters in every sense of the word. But it doesn’t matter what side of the submissive scale you find yourself on. If you are a sub, there will always (at least most of the time) be similarities among us, things that are an integral part of being submissive.

• Giving away control. To submit, at its very nature, is to give up control to another, for a specific length of time (which can range from a single scene to a lifetime). Submission is to let another take the reins and follow along, because you know that they will keep your best interest at the forefront.
• To trust in your Dom(me). To be able to give up control, you must trust in your Dom. As a submissive, you put your pleasure, your body, your psyche, and sometimes your life in the direct hands of another. It is not an easy decision to make, and should be discussed beforehand.
• Obedience. Now, don’t get me wrong, we all have our bratty sides, but defiance wouldn’t be so much fun if obedience wasn’t expected. In the long run, that is what submission is, obeying the one that you have given yourself to.
• Punishment. Again, perhaps not a part of every D/s relationship, but an aspect found in most. Without discipline, the power exchange loses much of its purpose. If I hand myself over to you but fail to obey you, and then I’m not punished for it, what was the point?

As always, each relationship is different, but the above mentioned items are innate to submission and can be found in most D/s dynamics.

So what exactly does it mean to be submissive? It means that you, as an independent, sexual creature, give over yourself to another: physically, emotionally, sexually. And you let that person decide what to do, how to do it, and when it should be done. And you just lay back and follow directions, and expect to face consequences when you don’t.
Tags:
Views: 3044
Related articles

lovesexandmarriage
Hello everyone! I'm lovesexandmarriage, married, 3 kids, a sub to my hubby, etc, etc. I'm a big fan of reading reviews before purchase, whether it's sex toys or sweaters, and therefore LOVE edenfantasys.