Broaching the Subject: Introducing Your Girl to the Joys of Prostate Play 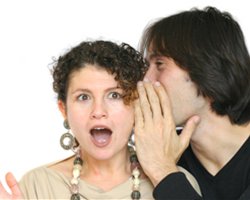 http://www.best-birthday-party-idea.com/images/Whisper_in_her_earMEDIUM.jpg
Do you love the tingling, wavelike feeling of prostate play? Do you want to include your significant other but don't know how to bring it up? In this article I will discuss the way I broached the subject and reinvigorated our sex life.
About two years ago, I read an article about prostate play and how pleasurable it is. At first I was skeptical and thought nothing more about it, until about two months later when I stumbled on another article claiming the same thing. I started to get curious and the claims of "supercharged orgasms" and "whole body convulsions" really grabbed my attention. "If there is a way to make myself feel like that, then why the hell not try?" I thought to myself. I proceeded to search for information on the best toy to try this out with and finally purchased an Aneros Helix.

As I am in a long-distance relationship, I figured I'd keep this to myself and see what it could lead to. I also didn't know how my girlfriend would respond if she found out what I was up to, and how her view of me would change.

I proceeded to explore the pleasure I could get out of masturbating with the toy inserted. Boy, what a revelation it was. The orgasms I could have with this thing inside me really rocked my whole body. After these orgasms, I always felt completely satisfied and utterly blissful. I started reading more articles and practicing techniques to achieve the hands-free "Super Orgasm" that people claimed was possible. I was still keeping this whole adventure a secret though, and I was starting to wish I could share it with my girlfriend. I started to contemplate how to broach the subject with her.

One day I decided to move a step further and ask her to insert a finger while she was going down on me. I mentioned that I had read an article about this (it was on AskMen.com), and she did so eagerly. I think it was the strongest orgasm she had ever seen me have. She was so turned on by seeing me in such bliss that she wanted to do it again right away!

Apart from each other once again, I started to think of how to introduce her to the Aneros toy. One night on the phone with her, I just decided to go all in and tell her about it. I told her that I had read some articles about these toys that were kind of like fingers and they're designed to press against and stimulate the prostate during sex or masturbation. She was curious and asked if I had ever thought of getting one! I told her the truth- that I had already had one for a while and I had been working up the courage to tell her about it. She was silent for a second on the line and then said: "Thats hot." Since then, the Aneros and other prostate toys have become a staple of our sex life.

I feel incredibly lucky that I have such an understanding and sexually explorative girlfriend, and realize that this approach might not work for everyone in all cases. I do think, though, that introducing new sexual experiences into your sex life -whatever they might be- needs to be done slowly and with care and tact. I have no doubt that if I had just whipped out my toy with no precedent whatsoever, she would've been a little intimidated and freaked out.

Hopefully this slow approach can help all the guys here (or girls who are interested in introducing prostate play with their guys) have a more satisfying and open sexual relationship with their partners.
Tags:
Views: 2441
Related articles