How To Tell If A Potential Partner Will Be Abusive 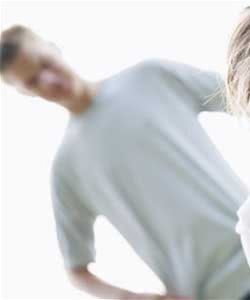 I was in a severe abusive relationship for six months and I want to help women on here know how to spot a potentially abusive partner so you can avoid them.
Dating & Abusive Men

I have been in an abusive relationship. My ex would rape me, drug me and emotionally abuse. He would tell me "He was my last chance for a man. That no man would put up with both my flabby skin and mental problems". I had weight loss surgery and I am bipolar. He knew I am self conscious of my flabby skin due to rapid weight loss from my surgery. He knew just the right words to say to hurt me. That's how abusers are unfortunately. He would be abusive 24/7. My ex would not let me sleep at night. He made me stay awake all night with him. My family always told me while I was with him looked sick. It wasn't until I left him and looked back at pictures from that time I saw they were right. I did look sick I was pale, had very dark circles under my eyes & was very thin. It was hard to get away from him but I finally managed to. My ex would also bad mouth me to my own mother who believed him. My ex simply hated me because I wasn't his ex-fiancée whom had left him before we met. So he decided to punish me because I wasn't her. You might be asking yourself why don't the victims leave the abusive relationship? When you are the victim it's sometimes hard to realize you are the victim of abuse because your abuser is so good at what he does which is abuse. He preys on weak naive women to abuse which makes it easy for him to have a unsuspecting victim.

Now that I have been away from him for two years I am a much happier person. After that awful experience with him I worried I might fall for another abusive man. So I began researching online to see if there are any warning signs of an abusive man.

For those that are dating I wanted to write an article on how to spot a potentially abusive partner.

You can easily spot an abusive man. Here are several signs to look for on a date:

Believe it or not I have had all nine signs happen to me on a FIRST date. If you keep these signs in mind it is very possible you will avoid an abusive partner. I hope this article helps you from being in an abusive relationship. These are just a few of the signs of abusive men.

If you ignore these signs later in the relationship an abusive man will try to change you. He will also isolate you from your friends & family. He will make you feel guilty for leaving him to spend time with them. He will slowly but surely take control of your life. If you give into his change requests/orders he will control you even more.

I have decided I would rather be alone than go through the torment I went through with my ex. No woman or man deserves to be with an abusive partner. I know in the end I will find the right man for me. I have learned though not to rush relationships.
Tags:
Views: 2789

CS2012
I am in the process of a divorce which I am happy that I finally had the courage to make the decision I am loving my new life. My hobbies are knitting, crocheting, teaching other people to knit & crochet, playing Farmville and Super Mario Bros.

Other articles by CS2012