Dating With An Emotional Barrier 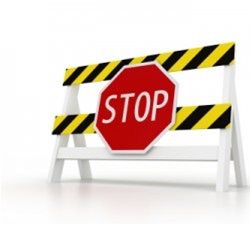 Due to past relationships I have an emotional barrier up. I will be writing about the pros and cons of an emotional barrier.
I will admit I have been in bad relationships. I have been used for my money, lied to, used for sex and abused. I will admit due to how men have tried me it makes it hard for me to trust them. I think the reason I was such an easy target is I look naive, innocent and un-suspecting. Now I am wiser to men.

While I have been single for two years I find it hard to not let my barrier down. My ex fiancée and I were together four months. If it weren't for my barrier the breakup would have been much harder. I do think people including myself was surprised how fast I got over my ex fiancée. Don't get me wrong it still hurts sometimes but I don't get depressed over him like I did.

I will say having a barrier up can be a good and bad thing. The good thing about it is if the guy hurts you it will take practically no time for you to get over him. The bad is it will make it hard for you to get closer to him. I know it's not fair for the next guy that I have this barrier up but I do what I have to in order to protect myself.

While dating in general is hard it is even harder if you are bipolar. It's natural to feel a lot of emotions with dating but bipolar can make the complicated feelings worse.

I do think my being bipolar makes me keep my barrier up. I have been hurt so much that when I am hurt it takes time for me to get over it. Due to my bipolar I have obsessive racing thoughts which is why I think I keep my barrier up.

One thing in particular that made me keep my barrier up with my ex fiancée is because of something he said. He always said he would never hurt me like the other men that he was different. Every time he said it I doubted him. If he was so different why would he feel the need to say it when actions speak louder than words? In the end his actions spoke louder than his meaningless words. He hurt me worse than all the men in past put together. He lied to me, betrayed me and humiliated me. His betrayal was the same thing as a back stab.

Another thing about him that made me keep my barrier up was two other things he said. He always said how beautiful I am. Why would that bother me you might be asking yourself. It bothered me because I know the truth I am not beautiful I am pretty that is it. If he said I was pretty it wouldn't have bothered me. I would have believed him. I am an average looking person. I would personally use the word beautiful to describe the pop singer Madonna but to describe myself I would say I am pretty. I am in no way no Madonna and I will be the first to say so.

The other thing he said that made me keep my barrier up is he said couldn't wait for us to be married after we got engaged. He said it so much it bothered me.

I know you may be asking yourself is she nuts why did the nice things he say make her keep her barrier up. It's because of the old saying if it seems to good to be true it usually is. That old saying fits my ex fiancée. My gut kept trying to tell me something is off about him.

In the end my gut was right and so was I for keeping up my barrier. I am honestly all for the barrier. I will have to be with a man at least a year before letting my guard down.

If you are newly single and are worried about being hurt I would suggest to do like I do. I feel like actions speak louder than words. The next man will have to prove he is trustworthy for me to let my barrier down before I decide to fully trust him. I'm sure a lot of you will think I am wrong for doing this but I have to do what I need to in order to protect myself.
Tags:
Views: 1688

CS2012
I am in the process of a divorce which I am happy that I finally had the courage to make the decision I am loving my new life. My hobbies are knitting, crocheting, teaching other people to knit & crochet, playing Farmville and Super Mario Bros.

Other articles by CS2012