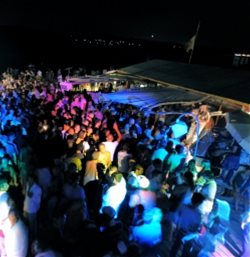 Slowly, I started getting more involved online with talking to people and making friends… and getting frustrated with a BUNCH of sort creepy, random guys that I had no interest in trying to hook up with me. As sexist as it is, I’m pretty sure that if you are female, you can expect the same to happen to you. Males may be a bit safer from that annoyance

Once again, not being once to jump into a big event without knowing anyone, I was shy. I planned to meet some of the local people I met online, so that I could attend larger events with someone and know some faces there when I showed up.

You want to be safe when meeting people from online; stick to public locations. I went with coffee houses, personally. Coffee seemed like a good plan, because it’s easy to leave quickly if you want to, or if you don’t feel comfortable. It's also easy to linger there talking, too, and it is cheap! I made sure to let a friend know what I was doing, and called them after I left to let them know I was just fine.

Meeting the Community in their Environment

I made my date explain as much as he could beforehand, and I made him promise to stay by my side. I had him over to help me get ready before we headed out; I wanted to make sure that I did not stick out like a sore thumb, as I’m not really Goth at all. So, I got all dressed up in black and fishnets, with heavy eye makeup. I had a shot or two at my home, and I was ready to go.

Walking into the club, I was very nervous. My date, on the other hand, was immediately greeted by lots of hello’s from people he was good friends with, and he went on to introduce them all to me. I knew a handful of the people there from online, which helped me feel more connected to everyone there at the beginning of the night. I met more and more people, and I found those who I got along with well, and others who I had less in common with. I got to see some people I met play with a violet wand, and even got zapped a couple of times myself. One guy was in the corner, tying people up in rope that they sported all night long. I even got invited over to dinner by one of the girls I met at the club.

So, start slow, and maybe you will find a community that you fit in with, too.
Tags:
Views: 2227
Related articles

Other articles by Lacey-