Our Young Teen Girls. How Young Is Too Young? 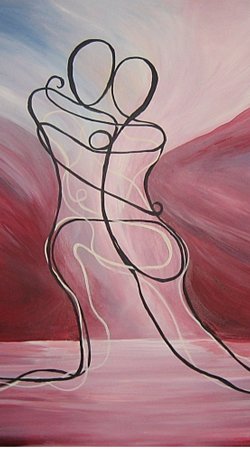 I have a twelve year old daughter. When she was in the fifth grade she was getting hair on her legs. In the summer time girls were making fun of her because of this. She didn't say anything to me at first. When she finally did I was somewhat upset that she felt she couldn't come to me. She thought I was going to get mad at her. We went to the bathroom and I showed her how to shave her legs. As we were doing this I knew this was just the beginning of a long line of firsts.

Soon after tuning twelve she started her period. We had been talking about this so it was not a shock to her. She came to me and told me. What made this hard is it was June. Everyone is out swimming and having fun. It is hard to adjust to the whole idea of having your period every month. Now she would have to miss out on certain activities too. When do you allow them to use tampons? This has been a long debate with moms for awhile. We sat down and talked. My daughter decided that she was not ready for them. We waited and visited the idea the next summer. She began using them and did just fine one year after starting her period.

My daughter wants to wear the tiny bikinis. My husband does not want her to wear these. We go every year to pick out the new, hot bikini. This year there was more hair. My daughter was so embarrassed. She wanted to go home so we went home and she went to her room. The next week she came to me and wanted a bikini wax. She is twelve. I was shocked at how many girls that do wax already. It is a style and hygiene thing, right? Would you let you daughter wax or shave? Where do you stand?

My daughter has told me that there are girl in her junior high that are pregnant. She has told me there are girls on the pill or the shot. She has not asked or shown any desire for this. This has brought up some very interesting discussions in our home though. We have talked about different reasons why someone would be on the pill. She knows that they don't always work as well. I told her that I got pregnant twice while using them. There is a history of that in our family as well. I also let her know I was very happy that I was pregnant, surprised but happy. We talked about when birth control pills don't work. We have talked about condoms. Yes she rolls her eyes but I know she is listening.

Girls in junior high are already getting pregnant. Talking sex with our kids in elementary school is the right thing to do. Right? When is talking sex to soon? They see it on TV. They hear it in their music. Their friends are certainly talking about it. We know that their information is not always correct. If your daughter came to you and said “I want to start on the pill," what would you do or say? Would you put her on the pill in order to protect her from getting pregnant? This is the million dollar question.

My daughter is twelve years old. I have a fourteen year old son. I talk to them all the time. I believe I am getting through to them. How do we know until we are faced with the situation? The saying is "Talk Early Talk Often."
Tags:
Views: 3615

Sunny Meadows
Happily married, with two teenage kids. But now it is time to spice it up with some toys of my own.

If I have reviewed something and you have a question let me know I will try to help.

I have only been with Eden for a short time but I am loving it!

I also goto The RedLight come and see it is just for adults http://www.thevww.com/?scrname=Sunny_Meadows

Other articles by Sunny Meadows