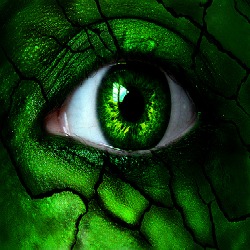 One of the perks of being a sex toy reviewer/blogger is actually talking to people about the benefits of sex toys in a relationship. Sure, I get the typical people who turn their heads and scoff. However, I do love talking to those who are just as excited about sex toys as I am. So, needless to say, when my best friend inquired about possibly getting a sex toy for him and his girlfriend, I was floored. I took them around a virtual tour of EdenFantasys and, within an hour they had picked a few toys. Everything was going good. It was only after a few months that the ugly truth, that some people are just not ready for sex toys, reared its head. Some will become easily jealous over a toy. Some may even feel threatened by it. This fact alone can lead to extremely negative responses and even cause partners to lash out at each other over it. My tip to you is, evaluate the situation before going off over a vibrator. Nine times out of ten, it is never the vibrator's fault.

Most people that I run into simply do not like or want a sex toy. The one outstanding reason is because they believe they don't need them. Of course about 99.9% of those people who say that are men. You can assume what you like, but I seriously think that these guys don't want that competition. They feel it's a threat to their penis, which is a direct extension of their manhood--so sex toys are a no and probably always will be. Sometimes, though, you can show them the pluses and allow them to make their own decision.

Now, a few feelings came up to reach me at that very moment. I wanted to scream! As we all know, vibrators can be pretty spendy. The one I bought for them was top of the line. I wanted them to have the best. This was largely due to the fact that I didn't want them getting some "El Cheapo" that would not provide any positive results, therefore deterring them away from sex toys forever. The other main feeling was that I just knew this was going to happen. I knew he wasn't ready for a sex toy to be introduced into his sexual routine. My friend is a naturally jealous type of guy. After a few times using the toy in the bedroom with his girlfriend, he started to feel as if he was coming in second place. This then developed into him believing she was using it with out him. He told me, at great length, about the booby traps he placed on the toy to tell if she was, in fact, using it while he wasn't around; the pieces of tape over the box of the toy; the pieces of toilet paper, carefully laid just so, near the toy that would show any signs of disturbance if the toy had been moved; the list went on and on. Needless to say, he was convinced she was using it without him.

Let's move on before I go off on a rant here.

And they Lived Happily Ever After (Sort-of)

My point is this guys and gals: if you're in a relationship where you think your significant other is masturbating with you not around, it's normal. Now, if you believe your partner is spending too much time with their toy, and ignoring you in the process, tell him or her about it. Work it out. Also keep in mind there are hundreds of couple toys you can buy as well. So why not integrate something into your sex life that you both can enjoy together at the same time? However, if you're being locked out completely, and have thoughts or knowledge that something much deeper is going on, do not flip out and throw all the sex toys in the microwave! Evaluate the situation. Write it down if you must! Then confront your lover with your problems and try to work them out. It is the only way you're going to fix anything, or come to a final conclusion on where your relationship is going. Never blame the vibrators or sex toys. They have never hurt anyone! Well, some might have if they were in the wrong hands, but you get my point!
Tags:
Views: 3450