The Anatomy of a Dry Spell 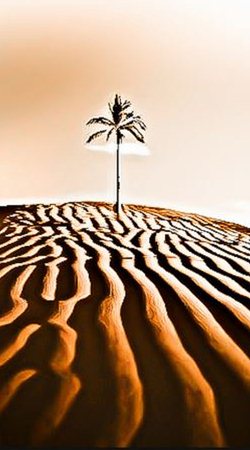 http://www.flickr.com/photos/belong-nana/7052952943/
The anatomy of a dry spell, and why you and everyone else's outlooks need to change.
Well, it finally happened. After three months of non-monogamous sexual bliss, my friend-with-benefits, Discus, chose to finish his degree back at his local community college, so he could get a job. Instead of being woken up at all hours from Wednesday to Saturday, I've been getting full nights of sleep. My sheets no longer smell like sex and cigarettes. But the list of good things is far overshadowed by an irrefutable fact. I am looking a dry spell straight in the face.

When an ending like this happened previously in my life, I always had some sort of an idea. Though I might not have had a specific person in mind, somehow, someone always popped up at the most convenient time. This is going to sound cocky, though that’s unintentional. Before this, my longest dry spell was two months, when I was 19 (after my first college boyfriend broke up with me due to my first mistaken hookup with an ex…oops).
This most recent dry spell has, so far, lasted an equal amount of time; however, there is a distinct difference. I have no idea when I will have sex again. Unlike my post-breakup desperate self, I am uninterested in picking up guys at the bar. So what is your local corn-fed promiscuous girl to do?

Change her attitude, is what!

For the first month or so of this dry spell, I was in a pretty strange place. You’d think that the end of a non-monogamous, purely sexual relationship wouldn't be emotional, or so I thought. But sex is a mood booster, a decongestant, a sleep aid. Suddenly removing the act of regular nooky from your life can and will mess with you in certain ways.

Another way my dry spell made itself known, was slightly less of an obvious symptom of the cause-- I lost my confidence around people. Not just men, but people I've known my entire life. Suddenly my interactions with them were fraught with worry. Was I saying the right thing? Should I send this text message of my butt in these new pants to my girl friend? Should I text someone at all? Even little innocuous things became nerve-wrecking. Grocery shopping. Getting the mail. All I wanted to do was sit at home and stare at James Deen’s twitter, blog, and penis with the hopes my mental messages would somehow reach him and clue him in that there’s a curvy brunette in the Midwest who desperately wants him to be in or around my mouth (James, if you see this, call me. Wink Wink).

Finally, and this may be the worst of all, I felt myself getting bitter. And that was the moment I knew I needed to change the way I looked at things. Bitterness wasn't going to help me get laid in the future, and it definitely isn't going to help me get laid anytime soon. So here’s my advice for changing your outlook on a dry spell to make it into something, well, not exactly positive, but maybe not the soul-sucking thing it was on its way to becoming for me.

1) Indulge your pleasures. For me, this meant using up the Eden Points I had been hoarding from my four previous articles, plus some birthday money from my grandmother, to update my sex toy collection. I got myself an OhMiBod, so I could have an orgasm to music I enjoyed (okay, so my first musical orgasm was the result of Fergalicious…don’t judge me). I also got myself a Lelo Mia 2 and a Lelo Mona 2. The Mia was for traveling back to my parents house, and the Mona was a long-awaited upgrade to my old battery-powered standby vibe.
But indulging your pleasures doesn't have to be sexual. For me, transforming this dry spell into an “extended period of sex toy testing and experimentation” was good. Maybe your solution would be different. Just make sure you indulge in things that make you happy and fulfilled. If that means you wake up every morning to take a jog with your dog, bless you, you’re a much better (and probably skinnier) person than I am.

2) Do your best not to dwell on the fantasy of what you had. I am absolutely terrible about this. I only recently have turned away from re-living the sex with Discus and gone back to actual fantasies. This applies to any situation, though. Breakups, one night stands, or in this case a dry spell. The sooner you are able to let go of the idea that the sex or the person was perfect, the sooner you can go back to normality and handle it like a functional human being. My solution was to try and get-off to the memory of the time he fell asleep with his dick in his hand. Not sexy (but definitely hilarious). On that note, though, don’t become that bitter old hag that only thinks of the bad things. That person? That person doesn't get laid anywhere in your future.

3) Try not to focus too much on getting laid. This is seriously the key here. If you become the person who is obsessed with getting some penis (or vagina, I don’t discriminate), you become the person that nobody wants to be with. Whether it’s subtle or blatant, being desperate is the last thing you want to come off as. Try to find yourself again, figure out what you like in bed and, at some point, someone will walk into your life and willingly and enthusiastically touch your naughty parts again. You, like a friend of mine, may have to wait two years for that to happen, but it will happen.
It will.
I promise.
Tags:
Views: 1238
Related articles