Overexposed: An Executive Pornographer Gets in Too Deep 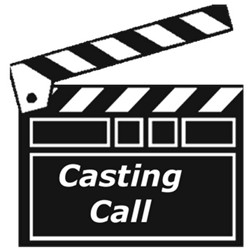 Editor's Note: This story is featured in the debut issue of SexIs in print. Want one? Either order one free online, or pick up the current Bust magazine—which features our print edition as an added bonus—today!

Sixteen naked young women stared at me from a contact sheet of photographs. Some stood tall; others cocked their hips in a coy slouch. One girl with short, curly hair smiled broadly. The rest seemed to be searching for something in the camera.

I scanned through each photo, noting hair color and style. I looked for tattoos and piercings, for stretch marks and scars. I searched for the right one.

Each girl held a paper with a name scrawled on it—not in front of her, but to the side.

They didn’t want to hide their tits.

When I found the one, I circled her stage name with a red marker. Sharon. Sharon glowed with a light tan. Her hair shimmered with natural blond highlights. She smiled with her big blue eyes while her full lips curled in a faint grin. And her pale pink nipples stood pert—like perfect little gumdrops. She looked like a cheerleader. Athletic. Clean-cut. Shaved.

My boss rustled through some papers, and then shook his head. “No, but she does boy/girl.”

I sat in my office with my hand on my mouse and made decisions that would affect the budding careers of young models who would never know my name or face.

A college student from the Czech Republic can be transformed in a flash. Oksana becomes Andrea. Stepanka becomes Stephanie.

Though not mainstream, adult industry work doesn’t have quite the same stigma in most of Europe as it does in the US. The girls I surveyed and emailed preferred modeling and acting to dancing or escort work.

We chose to work with Eastern European models to cut costs. Once we put the word out, our European photographers submitted hundreds of models, most of which were far too experienced. They were already all over the web, with a dozen different stage names.

But a little over fifty were truly brand new to the industry. I began to narrow them down.

From thousands of miles away, in an unassuming office in a strip mall, I flipped through contact sheets and dozens of handwritten biographies on my hunt for the next big thing.

I learned that Svetlana only modeled only on weekends. During the week, she studied biochemistry.

I learned that Zuzana worked as a veterinary assistant and modeled to help pay off her student loans.

I learned that Ivania wanted to model full time and hoped to move to the United States where her cousins owned a produce store.

I learned that Polina gave up competitive swimming after a shoulder injury.

I learned that Dorota danced for a local ballet company—and then I requested that she be shot dancing in nothing but her ballet slippers.

In the end, I chose twelve girls. Like a loving puppeteer, I gave them names. Secretly enchanted by their stories and their real lives, I directed my team to keep as much of their true stories intact when creating their web pages.

Though deep down I knew that few would really care about the details.

As soon as I chose my twelve models, they began a blitz of photography and video shoots. No one was getting any younger.

They laughed nervously. I grinned knowingly.

I judged. Too much cellulite from that angle. Her tattoos need covering—try Dermablend. Don’t let her smoke during interviews. Never use blue eyeshadow. Have her ass crack waxed next time.

I brainstormed locations and chose costumes.

I locked my office door fell in love, just a little, with my beautiful starlets.

And then I quit.

They came on set, performed, and left the work behind them. But I took it home with me. I started going to clubs and categorizing women in my head. I saw college students on the street and wondered if they’d be better suited for our hairy girl site or our teen site.

The business of producing pornography overshadowed the excitement of consuming pornography. I became blasé about what had always been my biggest turn-on.

MariaVargas
Maria Grace Vargas spends most of her time in sunny Florida, bitching about the heat in the summer and flipping out when the temperature drops below 55 in the winter. She enjoys swearing like a sailor, ordering room service and assigning celebrity faces to the people who live in her head.

After majoring in English and studying secondary education, she realized that she hated teenagers. So instead of teaching, she began working for the Internet where she learned all about tentacle monsters and cats that can’t conjugate. Maria divides her time between freelance writing and pretending like she understands how to use Photoshop.