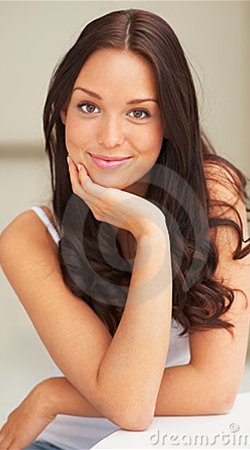 http://blogs.babble.com/strollerderby/11/women-who-dont-want-kids-gasp/
Many people say that girls are less mature than grown women and that grown women have better relationships. But who defines maturity here? Is maturity the only factor in a relationship's success/failure?
The following is more of a note, than an article. Yet, I still do wonder about many of the things that I hear (and probably many of you hear this as well) about being a girl versus being a grown woman. Although some of these things might make sense, a lot do bring up many questions in my mind.

When you search the web for the difference between girls and grown women, you'll find that some of the theories aren't very flattering. Here's something I found (found here):

Girls leave their schedule wide-open and wait for a guy to call and make plans.
Grown women make their own plans and nicely tell the guy to get in where he fits.

Girls want to control the man in their life.
Grown women know that if he's truly hers, he doesn't need controlling.

Girls check you for not calling them.
Grown women are too busy to realize you hadn't.

Girls are afraid to be alone.
Grown women revel in it-using it as a time for personal growth.

Girls try to monopolize all their man's time (i.e., don't want him hanging with his friends).
Grown women realize that a lil' bit of space makes the 'together time' even more special-and goes to kick it with her own friends.

Girls think a guy crying is weak.
Grown women offer their shoulder and a tissue.

Girls want to be spoiled and 'tell' their man so.
Grown women 'show' him and make him comfortable enough to reciprocate without fear of losing his 'manhood'.

Girls get hurt by one man and make all men pay for it.
Grown women know that that was just one man.

Girls fall in love and chase aimlessly after the object of their affection, ignoring all 'signs'.
Grown women know that sometimes the one you love, don't always love you back-and move on, without bitterness.

*Source for the above was taken from: http://www.tiredblackman.com/forums/showthread.php?tid=6288

One of the claims that bothered me is, "Girls ignore the good guys, grown women ignore the bad guys." I've heard this many times, over and over again, and honestly, it just doesn't sit well with me.

I do not want to generalize, but I personally do not think anyone likes being mistreated. I, for sure, do not intend or ever want to be with a "bad guy", who wants to mistreat me, and I still consider myself a girl. Sure, I am 23 and still growing, but I do believe that I still have much to learn and I am not a fully grown woman with regard to maturity and psychology.

Moreover, many grown women who get married to "good guys" end up being divorced. It is not always because a person is bad or good. Many of these divorce cases happen because each partner is looking for a different thing in the relationship. Sometimes one partner outgrows the other one. There are many other reasons for why people split up. It does not necessarily mean that you are not grown-up. It just means that people are different and sometimes things just end.

Another point that I disagree with is "girls are afraid to be alone, grown women revel in it-using it as a time for personal growth". I do not agree with this statement. Although it might apply to some people, I don't believe this is a true statement. As a young woman who went through many breakups and relationships, I never found myself afraid of being alone or being with someone. The fact of the matter is, I prefer being with someone, as long as I like him and he likes me back, respects me and cares for me. This is a very natural human desire. Many young girls develop and grow after breakups and mature.

Additionally, the claim that girls tend to control their guys while grown women understand that he is a free person and does not need controlling is very stereotypical and inaccurate. Age has nothing to do with whether or not you trust your partner. I know many women who are in their forties and they still try to control every aspect of their husband's life to feed their own insecurity and doubts. On the other side of the spectrum I also know many young females who are mature enough to understand that their partners are free human beings and that relationship is built on trust and honesty and not jealousy, doubt, and insecurity.

The problem here is that many people still think that just because someone is old enough in age he or she must be mature and grown up. This is not always the case. In fact, the level of one's maturity does not correlate to his age but to his intellectualism and ability to process events and actions in a mature way. For that I would like to express my opinion by saying: it doesn't matter how old are you, whether you are 20 years old or 50 years old. A relationship that is not built on trust and maturity is more likely to have more problems and fail than a mature relationship.

In closing, I'd like to point out that although some of these statements might apply here and there, many of them don't. The most important thing to remember is, don't let anyone or anything define who you are. You are the only one who can define who you are by your actions. Maturity is not measured by age, but measured by your ability to understand and process things with an open mind and seeing things from different angles and views before judging or taking action.

The phrases above might be valid for some. Some might even think they are correct and I do respect their opinion. Personally, I think that many of these statements, if not all of them, are inaccurate in some sense and only the person himself/herself can define who she/he is. And they shouldn't make that determination by someone else's judgment based on age or any other factor that does not represent who the person truly is or what he/she believes in.
Tags:
Views: 1448
Related articles