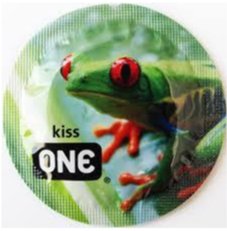 http://www.onecondoms.com
Although I am not great at writing I decided to put my story out there because I hear so many people complaining about their parents setting them up on dates. I want to show everyone that sometimes it can be a good thing, too!

"You meet thousands of people and none of them really touch you, and then you meet one person and your life is changed forever."

— Jamie Randall (from the movie, Love and Other Drugs)

The Blind Date Set Up By Dad

When I met the man who would become my husband I was not looking to be with anyone. I had been hurt so much that I just wanted to be single for a while. My dad, however, wanted me to meet one of his coworker’s nephews. I was skeptical but to make him happy I agreed to talk to the nephew, at least. We started chatting online and then decided to go on an actual date. We went to the movies and then out to eat. We both had an amazing time and as odd as it seems it was then that I knew I wanted to spend the rest of my life with him. It was totally like love at first site! After that first date we were inseparable. The real problem was that we lived about two hours from each other so it was hard to see each other all the time. We couldn't drive two hours one way to just visit so instead we would take turns staying at each other’s places throughout the week. This meant that we were together almost every night. There were a few times we were unable to see each other for a long period of time, for one reason or another and he would drop by to surprise me with dinner and a movie.

We had only known each other for a month when we decided to make it official. We decided we would be a couple, and as our first official date as a couple he invited me to a 3 day concert. It was absolutely amazing. Every time we kissed it was like we were the only couple there even though we were surrounded by thousands of people. That first couple date was almost over when I told him that I wanted to tell him something. I knew it was still extremely early in our relationship but I just had to say it. I looked him in the eyes and told him that I loved him. I also told him that I have never loved or ever felt like this with anyone else. He made my knees week every time I looked him in the eyes. He didn't even hesitate and to my surprise, he said that he felt exactly the same way. We stayed at a hotel that night and we decided to take it a step further. That night was the most amazing night we had ever had and the sex was completely the best ever.
After three months of dating and driving back and forth, he got a job closer to where I was living and we decided to move in together. Everything was amazing. Instead of having to drive over two hours to see each other, we could see each other every day and night. A year later we were ready to make the biggest and final move. We decided to get married much to my Father’s joy! We have now been married for over three years and we, both, could not be happier.

You never know how you will meet the love of your life. I did not want to be with anyone but went out with a guy to make my dad happy. I didn't know at the time that I would marry that man one day. I never thought my dad, of all people could set me up with someone I could love like this! It just goes to show you never know what could happen if you just take a chance at something new.I took a chance on someone my dad thought would be perfect for me and after one year and three months I married that man. Some people believe in love at first sight and I am one of them but if I hadn't taken a chance on someone my dad knew I wouldn't be where I am right now.

I guess what I am trying to say is that earlier in my life I never wanted to date some guy my parents tried to set me up with. I wanted to find someone on my own, not someone they picked. It turns out that my parents actually chose a good person for me. I had had bad experiences with a few blind dates but I put myself out there one last time with someone only my dad knew. So next time your parents want to set you up on a blind date maybe you should go for it! This blind date could be the one you are meant to spend the rest of your life with. Even if you are not looking for a relationship, just go for it. You never know what could be waiting for you around the corner.
Tags:
Views: 1254
Related articles