Melen Rahl
You hear about kids growing up just like their parents. What about their sexuality?
Recently, I’ve been on a mission to re-discover my mother and really get to know her. When I was in elementary school, she died suddenly in a car accident. Sure I have memories of her, and they are very fond ones. However, the memories of a nine year old are pretty self-centered and probably not the most representative of who she was. I really want to be able to learn more about who she was, what her thoughts were, and what sort of dreams she had.

An interesting discovery that I’ve made recently is the realization of my mother as a sexual being. There were hints of it when I was a child that I was too naïve to pick up on. It really surprised me at first. I had always remembered my mom as a conservative, religious woman. I knew she had never dated anyone other than my father and had gotten married in her teens. As is often the case with children who lose a parent at a young age, I thought of her as something similar to a saint: pure, nurturing, and definitely not at all sexual.

Not too long ago, my dad and I were sorting through some of her things and I was surprised what I found. There were erotic books, and there were a lot of them. This brought back a forgotten memory from when I was probably five or six years old. I found my mom’s Hitachi Wand in her dresser drawer and turned it on and placed it on my neck thinking it felt really cool. She quickly heard it and I was shooed away and told it wasn’t for it wasn’t for kids and it was hidden way up high in the closet after that so I couldn’t get to it. I had no idea at the time what the big deal was, but now that I am grown and have a Hitachi Wand of my own, I definitely understand her reaction. 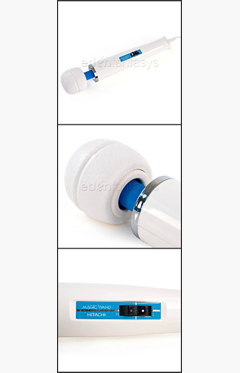 It was difficult for me to wrap my mind around my mom having sexual desires. I went and asked my dad about it and he proceeded to tell me a story of back when they were first married in the late 60’s or early 70’s my mom came home and surprised him by handing him a film reel, He played it and it turned out to be a pornographic film. My mom did that? I almost didn’t believe him. It just didn’t fit with my image of her, but at the same time it sounded like something I would have done with my boyfriend.

After hearing a couple of these stories, I felt more connected with my mom than I ever had before. It made her feel more real to me, less like an untouchable saint, and more like a woman who was very similar to me. I see now that she had her own fantasies and her own desires and that even though she showed her conservative side to the outside world, she did have this other side to her. I can see myself in her more than ever before and it really makes me love her even more. Maybe I even inherited part of my sexual nature from her.

I don’t know if she were alive today if we would feel comfortable discussing sexuality with each other. I’d like to think that we would be able to talk about dating, and guys, and all of the topics that I’ve always wished I could talk to my mom about. Who knows maybe we would even be able to talk about how much we love our Hitachi Wands. I really wish I could have had some of these conversations with her. But since I can’t, I am really grateful anytime I can get a glimpse into her life through the stories of others and getting to know her through those memories.
Tags:
Views: 1507
Related articles