Mr. Sexsmith's Other Girlfriend: Sex While Not Drinking 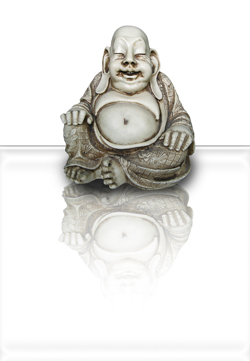 Vjeran Lisjak
I decided to take a month off of drinking, so I’ve been sober this August. Partly it’s for health reasons—always good to give the system a break, plus it’ll cut down on calories. Partly it’s for finances, since I’m still working on getting the hang of this freelance writer’s life, and it’s better to turn to a hobby that is less expensive, like watching water boil. Partly it’s because I’m off to attend a tantra residential workshop in the Southwest desert this week, and I like to hone my senses around these big retreats.

I’ll stay sober for a week (maybe) after I get back, too, to really let the experience sink in. Maybe I’ll make my celebratory whiskey a special one and have it on Sideshow night (the next one of which is Tuesday, September 14th).

I’m deepening my spiritual practices in general this year, and one the Five Precepts of Buddhism, depending on how you interpret it, is either to strictly forbid alcohol, or a practice in making your intoxicants of choice—no matter what type: alcohol, herbal, coffee, TV, anything to numb reality—more conscientious and intentional, and to be more aware of the powers of desire and craving over one’s mind and actions.

Yes, one of the Precepts is around sex, too: If I were on a more monastic path, studying the Precepts as a monk at a center, the literal interpretation may be as extreme as to restrain from any sexual act. But in my modern, urban community group, we tend to interpret it as avoiding “sexual misconduct,” which, as well as the more obvious, includes using your sexuality to manipulate and control.

Of course things like addition, if one struggles with that with any of the subjects of the Precepts, would be relevant to pay attention to when exploring one’s own relationship to these concepts. But I have no addictions to these things … just mild uses, sometimes more conscious than others.

Back to my sobriety. Health, finances, and spiritual practice: there are many reasons to practice not drinking.

But what, I wondered at the beginning of the month, will be the effect of it on my sex life?

I’ve been known to agree with Dan Savage when it comes to alcohol, inhibitions, and sex: It is just fine to use alcohol as a tool to help me get laid. If and when I sense that is becoming a problem for me, in any way, I accept the responsibility to pay attention to that and address it, but until then, I think of it as a tool. “Alcohol: Helping the young adults get laid since … forever,” as Savage says.

And this summer, my other girlfriend, Kristen, and I have been undertaking the new hobby of learning how to taste wine. Nothing serious: just a casual hobby to see what we can learn easily from podcasts and the Internet. I figure wine is probably something I’ll keep drinking my whole life. I’ve already been drinking it for about 10 years, and there’s a whole industry out there around flavors, tannins, notes, finishes, regions, grapes, years. Why not learn about it? At least enough to have a better sense of what I like, what goes with what, what’s better for a hot day or a cool winter night.

Well, okay, I can intuit that last question. But there is much more to know than that.

And I won’t lie to you: There were many o’nights in June and July where Kristen and I polished off a bottle of wine, made notes in our wine journal, and got busy.

Would that “let’s fuck because it’s Tuesday, why not?” attitude continue with me not drinking, even temporarily? Sometimes even one drink helps take the edge, and the anxiety out of topping—things seem to roll from my brain easier. I trust myself more when I stop thinking about it so damn much.

But I need to learn to do that without drinking. And that is perhaps the whole point of this experiment.

In the lineage of tantra that I study, that is one of the common sayings: “Conduct the experiment, and collect the data.” I love looking at things through that perspective. Everything, from relationships to my career to sex to my tools of intoxication, can be considered an experiment and addressed as such. In that one little philosophy holds so many overtones: Everything is temporary, everything can change, you are separate from what you do, it’s all a game, keep it light-hearted, nothing is the end of the world.

So I’m experimenting with less intoxicants, being more aware of my cravings for numbness, and more curious about how this effects the rest of my life. So far, my work has been clearer and more productive, I think. And so far, the sex has still been great. More raw, perhaps, less held back, feeling just a little more.