It's Getting Harder to Tell the Girls from the Women... 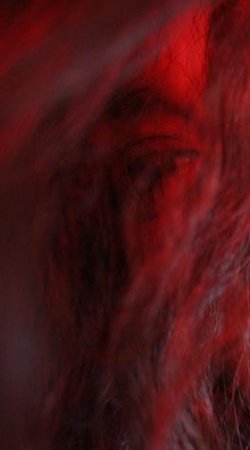 Image by SkylarrStarr
The shorts are getting shorter, the tops getting lower. Boobs and butts are rounder and bigger. Heels and mascara and lip gloss abound. Nope, not talking about your girlfriend's girlfriend. I'm talking about the pre-teen next door!
Today my cousin turns fifteen. Her body looks twenty one. Her boobs are bigger than mine, which are a 34D and she has a bubble booty to put Beyonce to shame. She is shaped like a grown woman, yet still adores Disney and plays with her Neopet. What astonishes me more than her womanly figure is how she is allowed to dress, and her parents' lack of concern for how she if viewed by others, particularly men. She is not the only teen I see in this type of situation, I see them every day, and with more frequency, girls being sexualized at such a young age. I hope that I am not the only one who finds this troubling.

The summer before last, when she was a mere thirteen, she came walking out of the bedroom at my grandmother's house. My mother, grandmother, my boyfriend, her parents and I were sitting in the living room and all but her parents were astonished at her outfit. It was a flowered, strapless romper, which was clearly uncomfortable as she kept pulling it up. It was not much more than a one piece swimsuit in style, and I am pretty sure I saw at least one porn star tweet a photo of themselves wearing something very similar that very day. The legs were so short that when she bent over, my boyfriend covered his eyes so as not to see her underwear. Her parents just calmly blinked and went on about their day. If I had EVER walked out in an outfit of that nature at that age, I would have immediately been told to change and the clothing would have been barred from wear.

This summer we had a pool party for her. The day before, she showed me her two piece suit from Victoria's Secret. There didn't seem to be ample material to cover her in any way, shape or form. When she showed up at the pool wearing it, I was stunned. Firstly, it was too small for her, the bottoms, which had semi-open sides were cutting in and the top, which gave her enormous cleavage, was also pressing into her sides and shoulders. Did she not try this on? Did her mother not see a problem with buying her such an overtly sexy swimsuit? Her father's only comment: "Well...where did you get that??" My father would have thrown a towel over me and got me the heck out of there, but then again, I would have never been allowed to wear it in the first place.

Her wardrobe is a mixed bag of short shorts, so short the bottoms of her cheeks show; tight, low cut tops featuring cleavage galore and skinny jeans that have to be peeled off. It boggles my mind to see some of the outfits she walks around in. Her father, after a trip to Europe, said the following to my boyfriend: "I just can't understand why all those European men kept staring at her..." My boyfriend was amazed at his lack of awareness about what his daughter wears. It's pretty obvious why they stare, why American men stare at her. She's got her goodies out.

I flipped through her Seventeen Magazine when I was visiting recently and I couldn't believe some of the outfits the models were wearing. The models are wearing suggestive, skimpy, skirts for back to school with giant fancy heels. The amount of makeup used on them was also a bit distressing to me. I am all for makeup and fun, but a teen does not need to wear a FULL face, and I mean the works, to school every single day... The models looked like they belonged in Vogue, not Algebra class.

How did we get to this place? What are we teaching our young girls by not setting boundaries? Are we so afraid of them become angry and distant that we choose to not be a parent? Is their personal safety no longer a concern? It makes me afraid for her, when she goes out on her own, without supervision. I fear for the messages and signals she is sending, without even knowing it. It has gone beyond stashing your lipstick in your bag to put on at school or rolling up the waistband of your skirt as soon as you hit the hallways. Girls like my cousin and girls even younger are being pushed into full blown womanhood without being properly prepared to deal with it entails.

Sadly, as she is not my child, it is out of my hands. I can only provide her with opinions and guidance, which is often met with a shrug or grumble. Maybe I am just getting old, but I don't think that's the case. I hope that her parents are offering her guidance as she begins her journey into womanhood. I hope they keep her safe and teach her well. I hope that she is comfortable to come to me if needed. But what I hope the most is that this trend falls by the wayside, leaving behind a trail of teeny bikinis and crop tops.
Tags:
Views: 1462

SkylarrStarr
Oh, you know...just playin' around...

I would love to have you as a student! Request me as a mentor HERE. Scroll down and click on Register for Class!

Code V4Z at checkout for a discount!