Orgasms: You're not a freak. 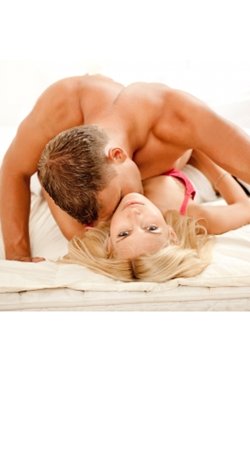 Image courtesy of freedigitalphotos.net
No one ever told me what a normal orgasm was like, and so I spent years feeling like a freak for the way(s) that I orgasm.
When I was first told about orgasms at a young age, no one ever told me that they could be incredibly emotional. Instead, I was just told that they felt good, with no mention of what feelings I should expect afterwards. As I was always the curious one, I began to explore my own body, seeing if I could bring about these great orgasms that I’ve heard about. The trouble is, no one ever told me what was “normal," so I spent years feeling like something was wrong with me.

My first hundred or so orgasms left me feeling ashamed. I remember my body convulsing, and the feeling of losing control. I thought I was a freak – no one ever told me that it was normal for my body to convulse like this! Ashamed, I did everything I could to avoid having an orgasm with a partner, because I worried that he would view me as a freak when he saw my legs start to shake. It wasn’t until several years later that I discovered that full body orgasms like this happen, and that they’re normal. That being said, not everyone experiences orgasms like this.

A few months after my discovery of full body orgasms, I experienced an orgasm that had me bursting with giggles. I just giggled – nonstop. My partner was alarmed, thinking that I was laughing at him. I wasn’t, but I couldn’t explain why. I felt terrible for weeks about that, but the truth of the matter is...that’s normal, too!

Then, the worst came about...My most recent partner and I were in bed, and I had just had a mind blowing orgasm. Soon after, I felt my eyes begin to fill with tears, and suddenly I just couldn’t stop myself from crying. My boyfriend looked at me in alarm. What did he do wrong? Was I hurt? Did he offend me? What in the world was happening? He spent at least an hour trying to console me, but I just could not stop crying. He was so alarmed by this, that he didn’t want to touch me the next day – afraid that he might cause me to cry again. Guess what, though? That outpouring of emotion is also completely normal!

I have also experienced orgasms that left me feeling indifferent. You know, what? Perfectly normal, too! Not every orgasm can be earth shattering, after all.

My point, dear readers, is that everyone experiences orgasms differently – and every orgasm is perfectly normal. Orgasms trigger the release of certain hormones, and these hormones affect how we behave. I tried for ages to try and control my reaction to orgasms, but the only way that I could do that was to simply not orgasm.

I have written this article because I know that several others out there are wondering if they’re freaks for having intense orgasms – and honey, you’re not a freak! I assure you, reader, your orgasm is normal, and it is something that you should take pride in.
Tags:
Views: 2009

SMichelle
I love trying out toys, writing reviews, and just experimenting in general.

I also love all things sparkly and glittery. And good (sometimes awkward) conversation.