A society’s binary lens on bisexuality 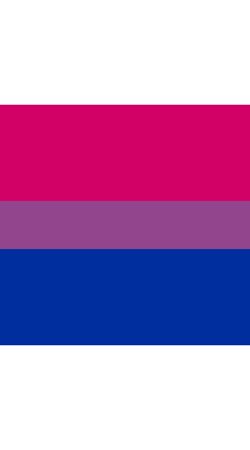 http://fc06.deviantart.net/fs20/f/2007/267/f/0/bi_flag_by_rrules6.jpg
American, and more generally western, culture is a binary one, but certain people fall outside the binary. There are all types on non-binary people in human sexuality, but for this article let's discuss bisexuality and how it really isn't binary despite pop culture.
I have known that I was bisexual since I was thirteen years old. Most of my friends have seen me in heterosexual relationships, but I have dated women as well. I often get called straight by people that know my bisexuality because I am more often in a relationship with men than women. This is completely insulting to me. I am bisexual because I am attracted to men and women, or more specifically, I am attracted to masculinity or femininity by my cultural standards.

I identify as bisexual because of that attraction. Pansexuality to me means something more like an attraction to people irrelevant to sex or gender, and well, I just don’t work that way. I am different. I love long hair and curves on someone who identifies as a woman but not on someone that identifies as a man. I can’t help it. I just work that way. There have been exceptions over the years but not many.

How absurd is that? So to be bisexual I have to find equal numbers of men and women attractive? What’s the score on that one? Is it counted by people I admire in a day? A week? A year? Over the course of a life?

Or, what’s even worse is when I don’t find another woman attractive. People see it as evidence that I am not “really” bi. So does that mean that every gay man must find every other man attractive? Does that mean that every straight woman has to find every man attractive? How ridiculous is that? I mean, how could people function like that? I have certain things that I find attractive in women just like there are certain things that I find attractive in men. It doesn’t make me not really bisexual. It makes me just like every other human on the planet.

Plus how do you qualify attraction? I am more attracted to women physically than men, but as seen from my relationships, I am much more at ease in a relationship with a man, or multiple men but that is another article entirely. So, if it is pure physical attraction I err towards homosexuality, but when it comes to compatibility for a long term relationship I err towards heterosexuality.

How does that count in the eyes of our binary society? Most people just call me straight until I am trying to convince a girl to take her top off. That’s not fair. I am not straight just because I am in a relationship with men. I am asexual when I am not involved physically or emotionally with another person, so why am I not bisexual when I am involved with a woman?

So, to recap, I hope that I may have made you think about some of the stereotypes that bisexuals have to face because we don’t fit into the binary definitions that our culture requires. Bisexuality is a spectrum that I travel back and forth along depending on what is going on and the people that are in my life.
Tags:
Views: 1405