by KrissyNovacaine, edited by Katelyn Published: May 21, 2013 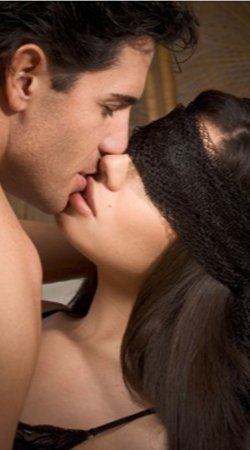 http://members.personallifemedia.com/wp-content/uploads/2012/06/4867130_s.jpg
All too often on forums, social networking, and blogs, I hear the same question over and over again. "How can I be a feminist if I am a submissive?" Feminism and being a submissive are nor mutually exclusive. I am quite happily both things.

"The greatest feminists have also been the greatest lovers. I'm thinking not only of Mary Wollstonecraft and her daughter Mary Shelley, but of Anais Nin, Edna St. Vincent Millay, and of course Sappho. You cannot divide creative juices from human juices. And as long as juicy women are equated with bad women, we will err on the side of being bad."

To start, I would like to offer some definitions of Feminism.

"Feminism is a collection of movements and ideologies aimed at defining, establishing, and defending equal political, economic, and social rights for women."

1
: the theory of the political, economic, and social equality of the sexes
2
: organized activity on behalf of women's rights and interests

Now that we are working with a few definitions, we can begin to examine what feminism is. As I was taught in my gender inequality class, feminism is the movement for true equality between the all of the genders.

Feminists want to have a world where pay is equal no matter what gender one is. They want to see a world where there is no longer jobs that are feminine or masculine. They want everyone to be equal in education and to succeed on merit without gender being a factor.

Most of all, feminists want women to have all the same choices and options of men.

Once again, working with some definitions.

Returning to Wikipedia, we get the following:

Defining submission is hard. It is very individual. The important thing to take from the Wikipedia quote is the informed consent. Informed consent can not be given with partners that are unequal.

Submissives, male, female, or any other, all are given the opportunity to choose what they will and won't do. Submissives of all kinds are individuals who express their psychology and sexuality in a way that is fulfilling to them.

How I can do both.

I consider myself both. I am an educated feminist. I know the disparities in our culture on the political, social, and economic levels, and I actively participate in our Democratic process to encourage equality. I actively work to educate others about the inequality that still exists. I have always lived my life as a feminist.

My dominant is a sadist. He is wired so that causing pain is sexually arousing for him. He is also completely in love with me. He dotes on me. He cooks for me every day and cleans up the house. He buys me stupid Frankenstein things all the time because that is what I collect. He engages with me in conversations about our future with me as an equal partner. Outside of the bedroom, he actually gives me more power in making choices because I am a control freak and he doesn't care.

I own a business that employs five women and two men. It is a manufacturing business. My main manager is a woman. Everyone is paid equally. Everyone who wants to use the power tools is taught. Often, I am the one teaching them. My dominant cooks everyone that works for me dinner.

We don't believe in gender roles. We believe in people doing what makes them happy. Being his submissive sometimes is one of the many things I do that makes me happy.

I would like to leave you with this quotes from an interview Megan Carpenter did with Jessica Wakeman, a feminist writer, that was featured on the blob Jezebel, which is known as a feminist blog.