Tell me what brought you here? Therapeutic ink and the stories that get them there. 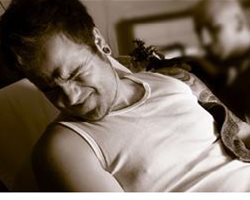 Being a tattoo artist I hear the life story of so many people. It touches me deep to my soul, and sometimes even scares me. I can now say I can see why memoirs are written, and may even write one of my own some day. Sometimes it is a pain junkie, sometimes a person with a heart wrenching story. The list goes on and on.

"Today I choose life. Every morning when I wake up I can choose joy, happiness, negativity, pain... To feel the freedom that comes from being able to continue to make mistakes and choices - today I choose to feel life, not to deny my humanity but embrace it."

Imagine you and I have just sat down together, and I look at you and ask "So what brought you here?" Meaning, what would you like me to add to your body today that will change a piece of your life forever.

I have to say that I can now see why it is that the tattoo artist Kat Von D was moved enough by the stories she has heard over the years to not only keep a log of them, but then write a book. I have always had a reputation for listening to people if they need to vent, or need a little bit of calm advice, but getting into tattoos I discovered that not only the listening ear, but the pain involved and the permanent reminder are soothing and therapeutic to the soul for both my customer and myself.

Heart fluttering or breaking, jaw dropping, soul shaking experiences and the people that shared them with me.

Even though I have only been a tattoo artist for a short amount of time, I have in that few years met some of the wildest and most amazing people. I never expected to be graced by the stories of a radio personality; several long-serving, twice deployed soldiers; mothers; fathers. I truly feel blessed just for having the ear to listen.

I have had customers that suffer from Post traumatic stress due to and including amputations and loss of close friends standing beside them while on the battle field. I tattoo women that have just lost a parent, or even worse, a child. Mothers that have just miscarried after years of trying. Mothers that carried full term and gave birth to a still born child. The grief in their eyes and the hurt in their voices making my eyes well up so I need to stop and catch my breath. Fathers about to leave for deployment and wanting their little girl's drawing of the family pet so they forever have a good luck charm. 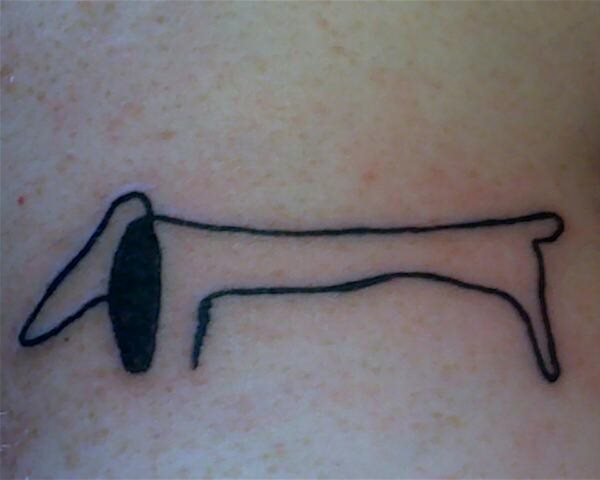 There are always the people who come to me with tales of love lost, broken hearts, epic cheaters. I can keep going. Some want beautiful quotes or designs that remind them of the good times and as they get their tattoo done tell me tales that make my heart flutter and make my leg want to pop. Then there are the scorned women that rile me up and make me want to kick some ass with them. 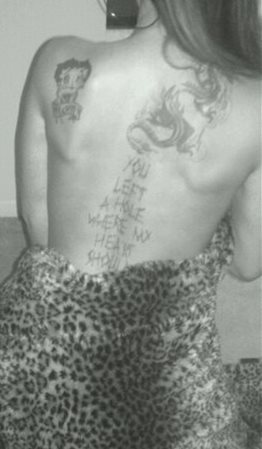 Cover ups have the best stories of all. People with needle and thread tattoos that sat in their living room with their brother or sister and tatted each other up as teens. People who had a point to prove about how bad they were so really did not care what they got. My favorite is always the "It was only $10" story. Those are fun and usually the worst to cover. My all time favorite is the Void tattoo. Love had and lost, but worth keeping the name as a battle wound.

Our country's heroes! Some we know as heroes, some should be.

One of my very first memories as an apprentice was a young 19-year-old soldier that had just returned home from active duty with severe mental injury. He came to me for the typical teenage chest tattoo: his favorite band's logo. I sat him down and sized it up and while I did that I noticed how jittery he seemed. I asked him, "What brings you here, hun?"

I never expected the gush of emotions that came out of this boy. He teared right up and looked me in the eyes and said, "I want some pain to try to forget!" I humored him and said, "Oh don't worry hunny, Dr. Giggles [my nickname] will bring on the pain." I put his stencil on and he kept wanting it bigger and bigger then finally when even I winced to look at it, he was satisfied.

I lay him down and get him comfortable, start my machine and get to work. I have always been a talker, so it always comes natural to me to talk through just about an entire tattoo. I start it off always the same way, normal how's the weather chit chat. Without fail within the first half hour we weed into the deeper issues.

He pulls out his cell phone and starts to show me and the people around talking to us videos of when he was in Afghanistan. Young men and women eating their dinner, laughing and joking. I laughed at a few of the soldiers dancing around. The very next video was in a convoy. The kid I was tattooing laughing and joking, turning the camera to his friends.

Suddenly he looks up and me and says, "That was the last time I ever saw him alive, hell the last time I saw any of them." It turns out that not more than ten minutes after he shot those videos the convoy drove into and over an explosive device and this soldier I was tattooing was one of only three that made it out.

Now, on to a different note. Once a while back, I met a man that wanted a tattoo of a clown face. Now the irony is that this man was deathly afraid of clowns. When he told me why he wanted this terrifying half dead clown tattoo my heart actually melted like a milkshake.

His little girl loves clowns. She loves clowns in every shape, every size, every color. He wanted to try to adjust him self to clowns by making it so that he had to look at one daily so that he could hire a clown for his little girl's birthday party. He found something that he was able to deal with because of his taste in art, and committed to it. I could see his skin actually crawl away from me in fear as I did this tattoo. Although it sounds funny, I was moved. You could see the actual fear and revulsion in his eyes. 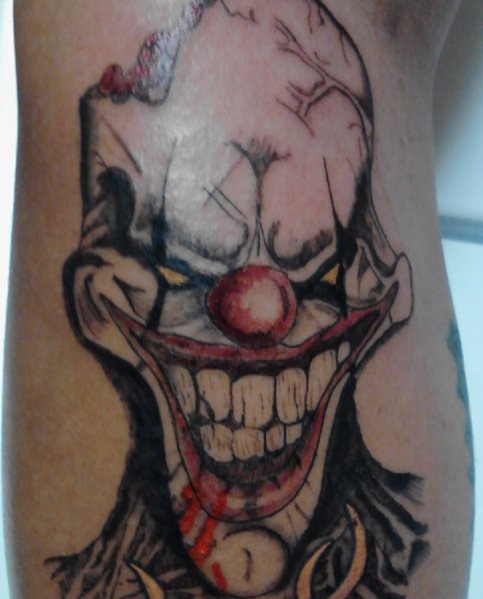 To this day it is one of his favorite tattoos, both for the attention it gets him and the fact that just looking at it makes his hairs raise. I am happy to say that he had the birthday party, with clown, a few weeks ago.
Tags:
Views: 1560
Related articles

MrsandMrbunnysoffun
I am a 33 year old tattoo artist from NY