Online Dating After Divorce: To Sex or Not to Sex 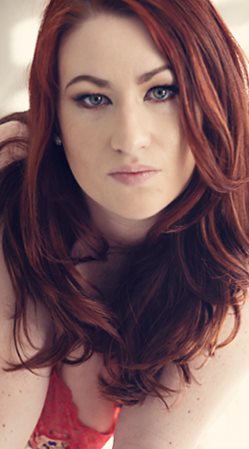 Suit and Tie Boudoir
People told me having sex for the first time after divorce would be hard to do. It would be awkward, it would be forced, it would feel foreign and while they were right, they were also so, so wrong.

Online dating after a divorce is the messiest fucking thing in the world.

Online dating after a divorce is the messiest fucking thing in the world.

What no one told me however, is that sex under the guise of online dating is the easiest thing in the world.

I got divorced last November. It was heartbreaking, but as Gwyneth Paltrow so lovingly referred to her separation, a 'conscious uncoupling'. We were just two people who decided they didn't want to fuck each other anymore. That's about as consciously as we uncoupled. Or un-intertwined, or got the fuck off of each other.

So I was divorced. I was alone. I had an itch. An itch that hadn't been scratched in roughly the last twoyears of marriage so my girlfriends chimed in. "Date! You must date! You need a boyfriend!" A what? I need a what? I do not need a boyfriend, I need to have some fun. I don't need anything serious when I just ended the most serious relationship of my adult life. My girlfriends, they have terrible advice. If 'phone a friend' was my last resort option on Who Wants to Be a Millionaire, I would have just walked away from the question and lost whatever cash was up for grabs.

So online dating. What the hell is this? 'In my day' we didn't have this computer box machine with guys served up like fast food entrees. I couldn't just type in, "hamburger with extra pickles" and find myself with a hamburger with extra pickles and a whole lot of emotionally unavailable sauce. I kid, they weren't all emotionally unavailable, just most of them. OK, all of them.

But dating was actually easier. If a man was interested, he legitimately called and even if he wasn't interested, he'd still call because finding people was a lot harder. So you'd end up dating someone you really weren't that interested in because it was too hard to find someone else to be with. Dating now has evolved. Guys can just ignore your texts- and you can do it back! My cell phone is equipped with this amazing feature called, "add to spam numbers" and I have used it to the point of abusing it.

With the evolution of technology comes the evolution of the sexes. I don't wait around for a call or a text. I am a lioness on the hunt and if I don't like the prey I've stalked, I can just go to the next profile and stalk that one. I should reword, 'stalking' has a very negative connotation and when we're referring to dating, the two don't really mix. So, I can just go and look at someone else. That works.

I've looked. This woman has eye spied and she has seen some pretty ponies. And some not so pretty, but the prettiest ponies, she took one step further and actually met for drinks.

People told me the dates would be hard.

People told me the dates would be hard. I'd feel awkward, I wouldn't know what to talk about. That I'd be nervous, and my girlfriends insisted that I shouldn't drink. Really, for no other reason than I tell wildly unfunny and inappropriate jokes. I also can be quite an asshole but I likes me my bourbon so for all intents and purposes, I drank. And I told terrible jokes and he looked at me with a blank stare, but I recovered by laughing cutely and flipping my hair. Because hair, guys like that shit.

The first date, I'll tell you right now, I fucked him afterward. I absolutely fucked him. I went into it knowing I'd fuck him. His online profile didn't say much about him, but Momma knew, she was getting laid. He probably knew it too, I bet he smelled it on me. My extremely expensive perfume was out-masked by the smell of my "I'm going to put out tonight" pheromones.

Should I talk about the date or is that the shit we don't care about? We care about it! We need a backstop, we want to love the protagonist. So I'll build myself up and tell you, I was charming. I was sweet. He was handsome and he was charismatic. He was a photographer, I am a photographer. We got along great and then we mutually agreed, let's go back to his place.

He asked me pointedly what I wanted.

He asked me pointedly what I wanted. I told him straight up, because I'm awesome and life is too short for bullshit. I said, "let's pretend this is more than it is". He granted that request.

To make this long story even longer, he was perhaps the best sex of my life. It was graphic, it was sweaty. It was two people getting theirs. Nothing was forced, we let things progress organically.

What made it so great beyond that? We were two strangers pretending as if we had known each other much longer. We had some undeniable sexual chemistry but really, we weren't just two people wanting to get laid, we were two people sharing a fantasy of something intimate. Something real. And of course, every sexual encounter is a real one, but folks, we were playing pretend with matters of the heart because it was what we mutually agreed we wanted. We didn't just come together, we CAME together.

It wasn't awkward. It wasn't awful. This was my first sexual partner outside of my ex-husband in 10 years. A decade. A motherfucking decade. And it was incredible. I thank my online dating stalking. Oh, sorry, 'looking'. I looked. I didn't settle. The great thing about this online dating site was there were thousands of men in my area. I didn't need to just pick the first one I saw. I took my time and then once I started talking to a guy I'd google the shit out of him to make sure he wasn't a serial killer.

We slept in each other's arms and around 6 am I left. We still talk, sort of. We're friends on a social networking platform and his number is saved in my phone.

What they didn't tell me was that you keep looking.

What they didn't tell me was that you keep looking. After your first online dating hookup, you look for your next. Not everyone does this, but I did. I upgraded my hamburger with extra pickles.

I've been visiting all the fast food haunts. I have sampled some menus. Some James Beard nominated menus, some emotionally unavailable menus, and some crazy spicy menus that burned my ass with scathing hot diarrhea the next day. I'm looking for that one menu that I want to keep trying things off of for the next few 'whatever'. I'm not looking for my next perfect 'relationship' but I am indeed looking for something.

Sexing after divorce wasn't what I had been led to believe. It was kind of perfect. The first time, at least. But I have had some awkward experiences. Some really crazy experiences. And some downright horrible experiences where the real stalking comes in to play.

Not every man I've met has liked me, but they've all fucked me. I have made my vagina a taste tester for all the women in my area. I have sampled some menus and perfected them a bit. Told the guys to axe that aperitif or helped a guy improve his wine pairings. I have become a bit of a local food critic and I love it.

I always thought I'd be this sad, lonely woman after my divorce. That I'd end up with 16 cats that later in life end up eating my body because I died choking on four day old Szechuan beef and no one looks in on me. But I've had one hell of an adventure. All because of online dating.
Tags:
Views: 303

Nashville
Whether you're an expert at knowing what toys you love or a beginner that is just a little unsure about what sets your pulse racing, I'll help you to find what's best for your body. I've worked with Edenfantasys since September 2007 and have acquired an extensive knowledge of the products offered here, so if you have any questions, please feel free to ask!

Other articles by Nashville