Positive Versus Prohibitive: Why Sex Positive Spaces are Beginning to Experience Backlash 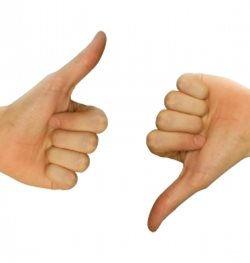 The notion of "Sex Positivity" is one that we are all familiar with: it encourages an accepting, celebratory attitude toward sex and sexuality. There are times, however, when sex positive spaces can turn sour for their participants. Some feel pressured, while others feel ignored, and with these mounting concerns going largely unaddressed, there is a real need to band together, combat this "elephant in the room" and keep our spaces and ideals safe and welcoming for all.

"We must strive to “lift as we climb”. In other words, we must climb in such a way as to guarantee that all of our sisters, regardless of social class, and indeed all of our brothers, climb with us."

Sex positivity, for those out of the loop, is defined as holding a positive attitude toward sex and sexuality in general, with acceptance of all walks of life and various kinks encouraged. Spaces that advertise themselves as being sex positive are often notoriously safe in that they are judgment-free. While the rest of the world may try to make you feel ashamed, directly or indirectly, you can be free to be yourself among other sex positive individuals. When you're looking for support, it seems there would be no better place to go than one that advertises itself to be sex positive.

When everything is good, always and forever, in every light, and no dissent is tolerated... a space becomes an echo chamber.

As is true for any space, a sex positive environment that is improperly maintained can cause more harm than good - but when the theme of said environment revolves around such an intimate part of our lives as sex, the potential for damage is far greater.

The desire to break free from the damaging views that society holds on sex is exactly what led to the creation of "sex positive feminism", but that idea in itself is a bit troublesome. It implies that the whole of feminism is sex-negative, and further, that feeling negative toward sex is bad; it does not allow for any specification of which negative feelings, in particular, are acceptable. When taking the stance that all consensual sex is good sex, this oversimplifies the issue considerably. Of course, not everyone's experiences with sex will be ones worth celebrating, and that is not always taken into consideration. Constant and unquestioning love of sex is, in its own way, just as dangerous as blind condemnation of it. Sex can be an absolutely wonderful thing, and exploring our bodies (and each others') can help us grow as people. Intimacy can be beautiful, but it isn't always, and we ought to keep that in mind.

A great example would be the frightening number of women and girls that have taken to the internet after being pressured to participate in a certain sex act by their male partners. Forums are flooded with pleas for guidance, and bloggers, many of whom identify openly as sex positive, are asked for their input. The most common predicament seems to be that a woman is being begged for anal sex, but is frightened, disinterested, or worried that she must do this out of obligation in order to keep her partner happy. Women are already conditioned to negotiate their boundaries rather than stick to them, so the response that they get when they ask for advice is absolutely critical.

Unfortunately, there has been a very concerning trend forming, as the responses are drifting further from examinations of WHY she is being pressured, or how to effectively set her own boundaries, to instructions and description for the act she is being pressured into. To respond to someone essentially saying "I'm being coerced" with a how-to is to assume that she will inevitably give in and try whatever she's being pestered to do.
Thus, these women and girls - particularly younger girls, who may lack understanding of what constitutes a healthy relationship - may never end up confronting the issue of why her partner was so insistent upon doing something she wasn't interested in doing. Later in life, that same woman may go on to say that she dislikes anal sex because of her bad experience with it, and she may simply be told that she "didn't do it right", rather than being trusted to know her own body and define her own boundaries. She was pressured into sex, had a bad experience as a result, and might end up hesitant to ever try it again. Is that sex worth celebrating?

Context is very important. Someone's apprehension due to inexperience or misinformation is not quite the same as apprehension due to harassment and coercion. This, coupled with the sex positive community's tendency to cheer folks on for engaging in sex they might not have normally considered and congratulate people for being more open-minded can potentially enforce a system where women are afraid to say "No, I am not willing to do this. Stop."

Sex positivity was built around the idea that everyone ought to feel safe in these spaces, but that comes at a price. When a survivor of rape or abuse expresses concern when rape fantasies are not questioned, or when violent and degrading imagery is portrayed as being sexy, that space is no longer safe for that person. When a chubby person feels dehumanized by "chubby chasers," if they are not allowed to speak up about this without being shouted down with cries of "kink-shaming," then they, too, are silenced. This is also an issue in terms of racial fetishes, as they sometimes manifest in a very racist and offensive manner. So, too, does this happen with former sex workers who are disturbed by the glorification of sex work, when their experiences may have been downright horrifying. Add to that the fact that people who come forward to discuss the failings of pornography and its industry are often told to simply watch more, "different" porn, and we've got a whole heap of people who are not only failing to get their needs met in these spaces, but feel like these spaces can be hostile toward them.

As a result, there is now a growing movement of individuals who identify as Sex Negative. If you look up "sex negative feminism," you will find a lot of insistence that these women find sex to be the "root of all evil," along with many insinuations that they must all be prude or frigid (and some other, more colorful insults). The "new" Sex Negative movement, though small and maintained largely online as opposed to off, was created in response to, and informed by, the Sex Positive movement's failure to address the needs and concerns of the abused, the assaulted, the fetishized, and the tokenized. Those who call themselves sex negative are usually doing so in a tongue-in-cheek sort of way, and while they do not harbor a negative attitude toward all sex as the label would imply, they are focused on nuanced discussion of all types of sex, and the influence that sex has on our entire lives (since that influence does not begin nor end at our bedroom doors). They want to make it clear, as well, that it's okay NOT to like sex, and challenge the idea of compulsory sexuality.

There will never be a one-size-fits-all solution to each incident that causes someone to feel unsafe or unwelcome. There is absolutely a need for a safe place - multiple safe places, even - where everyone can talk about how much they enjoy their preferred forms of sex. Women in particular are coming together online and off to create and cultivate these much-needed environments. However, when we silence our own for speaking out about their bad experiences, are we any better than the rest of the world, which we felt the need to separate ourselves from?

In order to preserve the integrity of the communities we've built and the spaces we maintain, we must value the input of those who have been hurt by sex, or the way they were treated in sex positive spaces. We must remember that our kinks are not sacred or sheltered from critical analysis. We must realize that, in order to encourage society at large to have a healthier view of sex, and in order to spread real positivity, we must consider all points of view... Even if they aren't always entirely positive.

As the saying goes, "Be the change you want to see" - otherwise we are perpetuating the very same prejudices that sex positive spaces exist to evade, and we are hurting each other in the process. We must support each other. Perhaps we will find that by extending our love and acceptance toward the jaded and the wounded, we will better not only our own spaces, but the world itself.
Tags:
Views: 2954