Independence Can Be Empowering; But It Does Have A Price.... 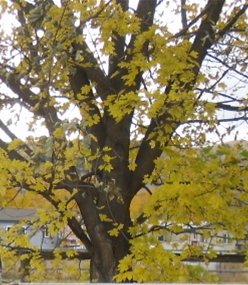 sj
Just like any other hard-fought battle, there can be casualties. Most of them are worth it, but some of them... well, that is for you to decide.

"Above all, be the heroine of your life, not the victim."

The Freedom of Independence.

I always thought that, because I could do simple household maintenance and repairs, change a tire on my car, check and change the oil, and perform a basic tune up on the engine, I was very independent. It wasn't until a friend and I were talking about the issues that her mother was having after her father had passed away, that I realized I was self-reliant.

Being self-reliant and being independent are as different as night and day. Self-reliance is a good trait to have, especially if you live alone or are with a partner that is lacking in particular skills. However, knowing how to take care of yourself is different than owning your own unique individuality.

Independence belongs solely to you. You have your own thoughts, feelings, ideas, dreams, and desires that are not dependent on anyone else's whims. These belong only to you, and you are solid in these convictions. These pieces of independence are part of your persona, your freedom to act on your thoughts, and the ability to state your convictions without seeking another person's permission or approval.

As with anything, independence can be taken too far -- it can become egotistical and selfish if left unchecked by human emotion and common sense. People can be a bit too independent and outspoken. This tends to make others even more reserved and judgmental than normal. We all know one of these people, and if you are like me -- you tend to avoid the argument you know is sure to come from those who are never wrong!

As small children, we are taught to gain others approval, usually starting with our parents, then our teachers and lastly, our peers. When we fell from grace, we learn to hold back, a bit at a time. Eventually, many of us were driven to gain approval -- even at the cost of our own independence.

Usually around the teen years, our bid for independence starts to overpower our need for approval. We start to assert ourselves a little more -- some of us to the point of rebellion. Rebelling is not always a bad trait if used wisely, but in the early stages of it, people tend to not think the issues through. When rebelling against an authority figure just to assert yourself and not for a particular and wise cause... well, that can be where the line is drawn on just how good this trait can be.

Luckily, by the time most of us are young adults, we have learned to temper our independence with some good old-fashioned common sense, learned through many experiences. This is where the differences in men and women usually come into play. Even though our society continues to grow more knowledgeable and permissive with each generation, there are still subconscious and taught behaviors of meekness and submission for females.

Don't Speak Unless Spoken To...

Around the middle to the end of the teen years, many girls are cultured through media, books, magazines, and by parents to be 'more agreeable' or 'rescued' by the man. They are conditioned to let the man take care of them and make the big decisions. In other words, do not disagree as much with men as you do with other females.

Even today, this concept holds reasonably strong. We are taught that men do not like strong, powerful women. How many times have you heard someone call a woman boss, senator, or other woman in a position of power a bitch, shark, or other derogatory term?

Unfortunately, in a bid to compete with other, more acceptable females in the romance game, this is where many women lose or tame down their bid for independence. They start seeing it as a bad thing, as if it is not a good trait to possess. After many experiences of agreeing with others, it becomes a habit. "It's up to you", "whatever you want", "I will let you decide"... these are all common phrases uttered, and who thinks much of this? We hear it all the time.

I know from my own past experiences that this may breed passive-aggressiveness. You can only repress so much of what is inside you, and then it must break free -- especially for "strong willed" or independent thinkers. My "sure, whatevers" became "sure, but I will make you pay." A shrug was next to torture for the person involved and the smile -- ooooh, do not get me started on that smile! That was almost a death threat!

What about those who are beaten, abused, and taunted into submission? The small look to the side at the person whose approval is so costly? The agreements and cowers, ulcers and eggshells? That utter dependence on another person for survival, physically or emotionally. It's pretty sad to see, and even harder to overcome. I have known many courageous women who were able to overcome the submission, but it was at a cost! These women had to break first to get stronger.

Independence, Empowerment & The Price You Pay...

Don't get me wrong; there are many women who never lose their independence, who refuse to submit to society's ideals, or who are taught to be strong and to think for themselves. These are the lucky ones, and I was very lucky to have a friend that was strong and independent when I was not. All I had was that voice inside of me -- the one that never was heard.

Until I saw from her example that being independent did not mean what I was taught to believe. Being independent meant having the ability to stand on your own two feet, give an honest opinion, have your own thoughts and ideas, and to earn respect for being your own person. It also meant tempering it with commonsense, sometimes tact, being sensitive to others, and not just being argumentative. Most importantly, it meant respecting others rights to their own independent thoughts and feelings. I drew from that strength until I was independent in my own right.

Was it tough to break through? You bet! Did I cower inside the first few times I voiced my opinion? Oh, yeah! Did it feel good? Definitely! I learned the feeling of empowerment, not just by the tasks I could do, but by being my own person and voicing my own thoughts and opinions. I learned that making me count was the most powerful and rewarding feeling I have ever known -- even when another person did not agree.

I wrote essays, had educational debates with friends, argued... well, we will not bring that one up. Okay, I can argue until the cows come home, but another important lesson I learned was that I was arguing for the independent thought, not for who was right or wrong. I also learned that it's okay to agree to disagree!

Granted, for every action there is a reaction. I did have to pay for this. I lost some friends who were intimidated by my new found independence. I did lose a couple of boyfriends who did not like the fact that I was a strong person with my own thoughts and feelings. I was called a bitch by a few people who expected me to agree with them all the time. And, when I fixed a couple of guys cars... let's just say that they were very, very unhappy that a woman knew what to do when they did not. Okay, they did not care as much about the knowledge, but more about the fact that I was not scared to voice my opinion. They didn't like that I showed them that I could back up my opinion, and that it worked!

Now, I have a relationship where my knowledge of motorcycles is valued, and my mechanical abilities are praised. Now, my interesting fixes for odd problems are listened to, and sometimes fixes are tried. I do admit, however, that some of them are better off left untried... Trust me on that one! You should see my brilliant, yet broken bathroom sink -- broken after the wonderful fix that was performed, of course. It is not clogged anymore, though, as I got all of the change ($5.27 worth), earrings, hair, a few paperclips, a key, and a couple screws out of there! Of course, though, the elbow is a bit, um... unusually shaped and has a new opening... But, where was I?

Was the price I paid worth the independence? You better believe it! When more women stand up and allow their voices to count, then maybe, just maybe, the negative connotations to being an independent woman will be removed and respect will put in their place. So, as Shania Twain said, "Lets go girls!"
Tags:
Views: 1518

My husband lets me know all the details about his toys, how they feel and what he likes/dislikes about the item. I translate it into an informative review & add my two cents, of course!

I have a serious lingerie fetish, primarily with corsets & bustiers, and he likes me in fishnet, nylons or stockings. Body & bath items are one of my guilty pleasures, I love using them in the tub and shower to pamper myself and feel sexy.

I have reviewed over 350 items, am proud to be a mentor, have published articles on Eden Cafe and Sexis and I am one of the top 3 highest ranked members on the site.

Other articles by js250