The sex talk from above? 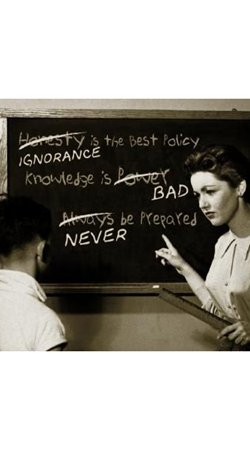 http://www.flickr.com/photos/violetblue/6333574641/
This is my piece of knowledge I'd like to drop on ya'll and my opinion with it.
Parents giving their children the sex talk is never an easy thing because they never know how to bring it up unless it's on accident from the kid seeing a skin mag at school or walking in on someone while they're changing (like most kids do). So when addressing this issue and let's say the parents are pretty religious, should parents tell their kid about that side of life and add in a twist of lime in the cola as I call it, or add in the religious point of view in teaching their kid about "the birds and the bees." There are many families out there that have firm beliefs in how their children are raised and what they learn and when they learn it, but what is a safe age to tell them about these things? I think that is totally up to the discretion of the parents of that child, but with that I also firmly believe that parents have a certain obligation to their children to not leave them uninformed and left in the dark in matters of life that mean the most to them.

Personally I don't think a parent should take such a biased standpoint on that subject because it's one of the most sensitive subjects there is to talk to a kid about. And at such a young age, they are impressionable like a sponge as you may have heard, taking in all they hear or see and making mental notes for life. When parents do their best job to keep their children unexposed to this, they are bound to ask questions regardless of whether they have even been exposed to it or not, so not teaching them anything is almost as bad. That's why I think the worst thing to do in that situation is to teach them their sex ed from a religious stand point, no mater what the religion is. It not only leaves more questions but also ends up being a dead end. I believe there are things you just can't teach a child about sex without tip toeing around and feeling like you might accidentally blurt out a little Freudian slip and mention something you did in the past, or just not say enough even and not telling them possibly vital information. Like for instance if a dad tells their son about how to practice abstinence but also telling him how amazing sex is when you finally do have intercourse with the one you are married to and not once mentioning to him condoms, what they're for and how to use them. You don't have to sit the poor kid down and strap one on him to make him understand sex and the importance of safety in it, but little Timmy could sure use every little piece of knowledge that comes his way.

So let's say one day at the age of 16, 17 or 18 Timmy comes home and has some bad news for his parents...oops I knocked a chick up from school. Now instead of telling him all the joys of having children which would have come up later I'm sure, now they've got to tell him about the pains of raising a child on three minimum wage jobs just to afford rent, not including food or diapers and clothing which are now all the essentials instead of that $1000 iPhone and pair of $250 Kicks. Good luck Timmy. If only mommy and daddy had the decency to tell you about the importance of safety in sex and not just thinking their child is mister perfect and never makes a mistake like other children, especially because they grew up in that family reading all the material to raise him to be that little angel because the only time he'll ever have sex is when he's married. Let's face it people, we're all curious when we're growing up. I mean hello, you don't think kids invented the game "doctor" so we could actually perform a triple bi-pass on little Suzy in the next room? We've even come up with the whole curiosity killed the cat saying to push that whole idea of where and how far our minds will take us. Please take a moment if you have children and think to yourself "Have I taught my children what they need to not only survive but enjoy life for what it is?" because at the end of the day it's not about what we leave our children with physically, but mentally. Give them the gift of knowledge, not ignorance.
Tags:
Views: 1470