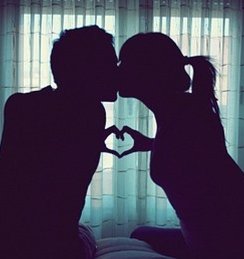 Regan and I were up late, when he asked the question. I never though that my answer would begin this...

AKA "How My Toy Collection Got Started"

I was 19 and living with my grandparents. I was camping with one of my closest friends (and ex-boyfriend), Regan. Everyone else had gone to sleep except Regan and I, and we were sitting by the campfire, sharing a Smirnoff and telling each other secrets about ourselves. It turned into some strange version of truth or dare, only there was no daring. Then he asked the question that sparked the beginning of the most insane thing that has ever happened to me.

"How many toys do you have?"

I remember laughing and shaking my head, telling him that I had none. The look on his face was classic. Needless to say, he let it go, for once. Or so I thought.

A week later, my grandmother called me into the kitchen. There was a little brown box sitting on the table, with my name on it. I was confused because I hadn’t ordered anything, besides the books I had picked up the day before. I took the box back to my room and opened it, blushing when I read the note inside.

“Use them well… and I want details.”

Under the note was the beginning of the new “prank” war between us; a Christmas stocking filled with toys and “supplies.” Blushing, I called Regan, only to have his boyfriend, Ruban, answer the phone. When I told him what happened, he simply said, “Then send him something.”

I sent it off, thinking that would be the end of it.

A few weeks passed, and I moved into my first apartment. Within a week, my neighbor was bringing a package to my door, saying that it was on top of the mailbox. It had started raining, so she brought it in for me. I thanked her and closed the door. Inside the box was a travel bullet, a little less discreet bullet, a pair of nipple vibrators, and a note reading “Try to be more original this time.”

I got on the site, and sent him a pair of pink fuzzy handcuffs and a bottle of lube.

Almost a month went by, and I came home to find another box on top of my mailbox. I took it in, knowing it was Regan’s next present.

This went on for close to a year, before our lives interfered with our little war. Then, I started it up again, on his birthday, with a pack of condoms and a cock ring. He replied with bright red lacy undies, which I occasionally pull out for special occasions. I retaliated with a pair of sex dice.

I’m still waiting for his response, but I know exactly what I’m sending him this next time. A crop for Ruban, for the next time Regan gets in trouble.
Tags:
Views: 2036