Confessions of an Ex-Virgin: What I Learned about Sex by Not Having It 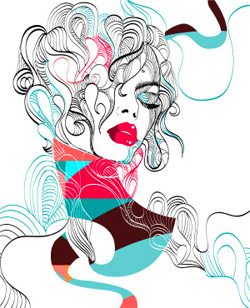 One cold November night the year I turned fifteen, I kissed him for the very first time. Seven years and thirteen days later, we finally made love. What happened in between?

Couples have all kinds of reasons for putting off intercourse, and our decision to wait until we were well out of our teens was mutual and a very private, personal part of our relationship. My friends couldn’t believe that I wasn’t sleeping with my boyfriend after a few years. Sure, we were still pretty young when we first got together, but by the time we were in college, sexual activity was simply assumed.

Though we didn’t have intercourse, we found plenty of other ways to foster intimacy and express our affection. These extracurricular activities weren’t consolation prizes for abstaining; they were complete and satisfying sexual experiences for both of us. We spent seven years exploring one another’s bodies, learning each other’s likes and dislikes, and taking the time to engage all our senses in the process of arousal. When we finally did consummate our relationship, our first experience together was utterly transcendent. We had taught ourselves how to be patient, attentive, and passionate lovers by abstaining from the very act of making love.

Desmond Morris, a zoologist, psychologist, and surrealist painter, wrote in his book, Intimate Behavior, that humans exhibit twelves stages of intimacy, and suggests that by skipping or rushing through steps, you can inhibit the full growth your relationship. So whether you’re entering a new relationship with the aim of taking it slow, or seeking to strengthen an existing relationship by taking a step back, consider some of these strategies for pursuing intimacy, based on Morris’ research and my own personal experience.

This first tiny step may seem insignificant, but the first glimpse of your lover’s body is probably a large part of what brought you together. Even long after we had been intimate—even after fifteen years together—I am still amazed at the beauty of my partner’s form. I observe the line of his jaw, the curve of his shoulder, the movement of his hips as he shifts his weight from left to right. Sometimes I am so taken with a part of his anatomy that I declare that bit—an ankle, a wrist, the nape of his neck—to be the “Body Part of the Day” and lavish my admiration upon it.

If you’re looking to rejuvenate your love life, start with the visual approach. Try a slow striptease. Play in the rain or under the sprinkler in a thin white T-shirt. Dress up like you’re attending the prom, even if you’re just going out for waffles. Take nude photos of yourself and leave them under your lover’s pillow. Revel in the sight of your lover’s body and your desire will certainly be rekindled.

Additionally, gazing into your partner’s eyes may give you clues about the level of his or her arousal. You can gauge your lover’s reaction to your interactions by physiological changes. One of the first indications of sexual arousal is the dilation of the pupils, which is linked to an increase in the body’s production of oxytocin, a.k.a., the love hormone. This hormone promotes bonding between humans, and its production peaks with orgasm. The feeling of afterglow starts here, with the subtle but very real gleam in your partner’s eyes.

When we were teenagers, back in the dark ages, we didn’t have instant messaging or e-mail. Instead, we spent hours on the telephone. We talked about everything—present, past, and future. We’d talk about how lame our science class was, what it was like to grow up in our respective families, and what we wanted to do after high school. After so many years together, it’s sometimes hard for us to remember how we had so much to talk about back then. But even now, when we go out without the kids, we still have new things to discuss—present, past, and future.

When was the last time you held hands with someone? In middle school, handholding was the ultimate signal of couplehood. But as we grew older and our relationships progressed physically, we abandoned the practice. However, holding hands is an intimate gesture that can connect two people even when other obstacles intervene. My spouse and I often hold hands in the car while one of us is driving, and the small act of physical touch in an otherwise mundane situation helps us keep our emotional connection constant.

Handholding can also be used as a public display of affection. When you hold hands at the mall, you announce to the world, “we belong together.” But consider other ways to engage in hand-to-hand contact. Lightly tracing the lines on your partner’s palm is a great way to initiate intimate touch in a public setting, like across the table in a restaurant or in a crowded theater.

As the relationship progresses, the public displays of affection naturally kick up a notch. I love it when my husband puts his arm over my shoulder as we walk together. Besides being affectionate, this gesture also implies protection, and on formal occasions that always seem to occur in below-freezing temperatures and leave us stylish ladies significantly underclad, an arm around the shoulder has the practical benefit of helping ward off the cold.

Side-by-side, walking with your arm around your partner’s waist pulls you as close as possible as you move in the same direction. Turn to face one another, however, and you’re in the most common position seen on Dancing with the Stars. In ballroom dancing, the leader doesn’t put his arm around his partner’s waist because it’s a convenient resting place. In the closest dances, like the tango and the waltz, the leader’s left arm rests around the follower’s torso so that she can track her partner’s subtle movements and follow them effortlessly, as though the two are of one mind.

This technique is called body-leading, and in fact it’s possible for an experienced follower to place both hands behind her back and close her eyes without missing a step. The close contact produced by the inward-facing, arm-to-waist position closes the gap between individuals and shuts out the distractions of the rest of the world. And if a couple is close enough, an arm around the waist is often the prelude to a kiss.

Ah, the kiss. An act so intimate, so significant, that for most people it marks the threshold between flirting and hooking up. And countless teens have pondered the riddle of whether it’s appropriate to kiss on the first date. But as Cher once sang, “If you want to know if he loves you so, it’s in his kiss.”

Kissing is so important to a romantic relationship that most couples remember their first shared kiss years later. My spouse proposed on the anniversary of our first kiss on the very spot where our lips first met. I even have a friend who says she would rather give a blowjob to a stranger than kiss one. Kissing can be more intimate than other kinds of sexual contact because it engages all the neglected senses—taste, touch, and scent. We see and hear people around us constantly, but to indulge in the flavor of a lover’s lips is a rare and special treat indeed.

When I was a little girl, my mom used to come in my room to check on me before she went to bed at night. Often, I was only pretending to be asleep—I was a read-under-the-blankets-with-a-flashlight kind of kid—so I know that, instead of a goodnight kiss, she’d usually lean over and tuck my hair behind my ear. I instinctively do the same thing to my kids now, and sometimes I can’t resist touching my husband’s hair or face while he’s sleeping. It’s a sign of affection, but it also represents trust. The head and face are vulnerable, and it’s not easy to trust someone to treat them gently and carefully.

It’s not uncommon for romance novelists to describe how the hero gently cradles the heroine’s face just before they kiss. Even Shakespeare was tuned into the hand-to-head dynamic when he wrote the famous balcony scene in Romeo and Juliet: “See, how she leans her cheek upon her hand! O that I were a glove upon that hand, that I might touch that cheek!”

Five months after our first kiss, I grew tired of ceaseless making out and decided to take things to the next level. During a particularly tender moment, I suddenly grabbed my partner’s hand and clamped it firmly to my breast. Shocked, he pulled away from our lip-lock, looked me in the eyes, and said, “Well, all right, then.” We resumed kissing as he rounded the proverbial second base.

Touching your lover’s body is the fulfillment of the desire sparked in the first stage—eye to body. That which looks good must also feel good, and what feels good certainly must taste good…

And so the adventure continues. Mouth to breast might seem inherently gender biased, but many men enjoy having their nipples licked, sucked, and nibbled, as well.

The fact of the matter is that mouths and breasts were made for each other, quite literally. Besides being a major erogenous zone for many people of both genders, breasts are also a body part that is usually kept covered, particularly for women. Being so closely linked to sex and reproduction, breasts have become just-so-slightly taboo in Western culture. A naked female breast in a film is enough to secure an “R” rating; state legislatures have been known to drape marble statues with cloth in an attempt to conceal their womanly figures.

Close contact with a part of the body so carefully concealed from public view has a certain intimacy that takes the physical part of a romantic relationship to new depths.

I can’t help myself. When we’re pressed close together in the heat of passion, I want—I need—to touch my partner’s cock. While it would stand to reason that I would want to be touched, from a strictly physiological perspective, it doesn’t make sense for me to want to touch him, to give rather than to receive.

Yet as the sheets get sweaty, my instinct is to bring pleasure to him, not myself. Touching your partner’s genitals is not mere foreplay; it is the first step towards completing the Orgasm Initiation Sequence, and to engage in this kind of play is to acknowledge the importance of your partner’s enjoyment, even to the exclusion of your own. However, this concern with your lover’s pleasure must be reciprocated; mutual selflessness is mutually pleasurable. Making sure your partner is satisfied is an essential ingredient to good sex, and the eleventh stage of intimacy emphasizes this point.

Other articles by L. Jade