From Jilling to Jacking 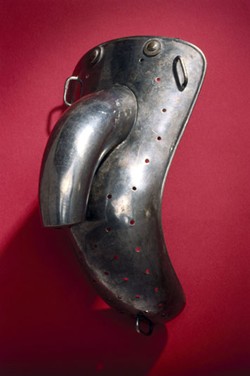 It was going to be a simple story about lap-based Web browsing. That is, er…you know, relishing the hot dog. Jerkin’ the gherkin. Patting the Robertson. The next thing I knew, I was out back, behind the garage, you know...

The P-Spot is the New G-Spot

So, I thought I was going to be writing a story about jerking off. I envisioned a straightforward piece, peppered with references to Penthouse Magazine and the adolescent appeal of a Who’s the Boss?-era Alyssa Milano, with a few hot and sweaty boy/boy “you-show-me-yours” moments from the equipment shed at sleep-away camp. It would be informative, hopefully somewhat revealing and, most important, a story in which I could unleash a cache of juvenile, ridiculous (and occasionally Star Wars-related) euphemisms for my own amusement. Little did I know that in asking questions about “lightsaber practice with Han Solo,” I’d end up manning the rebel base at Uranus.

In the course of my career, I’ve found it’s exceedingly easy to get men to talk about their dicks. It transcends age, race and sexual orientation. They’ll talk at length, pun intended, about its physical attributes, its habits, its appetites. And so imagine my surprise when I found so many men—straight, in particular—champing at the bit to tell me just how much they enjoy a little plunder down under.

“The P-spot is the new G-spot,” says Bruce, 60, out and proud, but only for about 10 years officially. The P to which he refers is the prostate—or occasionally perineum—but the inference is the same; a male-equivalent of the G-spot, a wonderful, magical place that when properly stimulated, induces orgasms enthusiastic acolytes describe as “earth-shaking,” “knee-buckling” or simply, “Whooooooooo, holy fuck!”

As usual, charity begins at home.

Pod Racing on the Dirt Track

Bruce always knew he was gay. “I don’t want to downplay the difficulties of growing up gay today, but it really was harder back then,” he says. Following a marriage he describes as “really, mostly happy despite the situation” and raising two kids, he at last became the man he always was, decades too late.

Early on, however, Bruce discovered he could really spice things up by adding anal penetration to his routine. “I was thinking about it all the time, anyway, so it came naturally to me. I became quite a contortionist early on, using my fingers with a bit of Vaseline to help while I was drilling for oil up front, so to speak.” He laughs at his own silliness. “I moved to inserting objects, and eventually to the purpose-built hardware—which was by far the safest and most satisfying—but it took me a long time because I was terrified my stash would be discovered.”

Shaking Your Fist at the Ex

“I was probably 12 or 13 when I discovered that rubbing the hell out of my cock could bring me to the ecstasy of orgasm, which was purely instinctual,” says Florentino, 40. “I had no clue why I needed to rub my dick, I just had to.”

Hunter is 35, happily married and reports a satisfying sex life. The only child of divorced parents, he was afforded a leg-up toward healthy sexuality from an open-minded mom. “I started reading Playboy—yes, actually reading it—in ninth grade. I honestly think my mom got me the subscription because she thought the magazine could stand in for my dad when it came to ‘the discussion,’” he laughs. “As a result, I knew about clits and G-spots and erogenous zones at 14.”

Not the worst trade-off.

Hunter laments—lightheartedly—that his pubescent sexual awakening lacked the compulsory, clichéd wet dreams so many boys endure. Perhaps that’s what led him to the showers at his college swimming pool where, for lack of a better term, he invented the hit-and-run sport of adventure whacking. “It was an open shower room, probably eight or 10 showers and totally exposed at both ends,” he says. “I was the only one there, but if somebody had walked in from the pool or the main building, I would have had to do some quick maneuvering not to be discovered.”

What prompted such behavior?

“I did it for the thrill. Totally.”

Ross, 18, and headed to a state school on a baseball scholarship in the fall, is one of those dream kids you might remember from high school: star athlete, the homecoming king—and he still dates the prettiest cheerleader.

“We were each other’s firsts this year,” he says. “Before that, it was just me and…[wiggling his fingers]…you know.” He laughs. “You see all this stuff in the movies about how the popular jock is getting all the girls—and I guess that might be a little true—but [girls are] actually giving it up less than you think. Or else I was in a prudey high school.”

He admits to regularly waxing his own surfboard “a lot, probably every day—or close to it—since I was 12 or 13. And still, even now that I am actually having sex.” The confession comes easily—with little-to-no-embarrassment. I can’t imagine my male peers in the John Hughes high school era giving up the ghost so easily.

So how does an 18-year-old find P-spot enlightenment? “It was an article I read while waiting at Supercuts,” he laughs. “My mom was sitting right next to me. I moved so she wouldn’t see it. It had a whole diagram of a guy’s ass, balls—like a science book.”

Ross’ experimentation started digitally—both kinds. “I tried touching it while I jerked off, but I couldn’t really reach,” he laughs. Undaunted, he went online to investigate. “At first, I was sort of turned off. I’m not gay, but most of the pictures were on gay sites. I have no problem with [homosexuality] but seeing two guys together… I don’t care who does it, but I don’t need to see it,” he laughs.

But that’s where he got the idea to use a toy. “There was no way I was buying one. I was too young at the time anyway, but I was also too much of a chicken-shit. I still am.” He stole a taper candle from his mother’s china closet instead. “I had nightmares it was going to break and I’d have to call an ambulance.” But he tried it anyway. “And now I pretty much use something every time,” he says, though he’s since moved on to small, pliable vegetables. “Why come when you can come?”

For his part, Bruce says butt play is moving into the realm of the mainstream with a vengeance, and thinks all men deserve to up their orgasm ante. “I could easily teach a Learning Annex course on summoning the old genie,” he says. “And lesson two—right after ‘Find your dick and grab it’—would be a nice, friendly introduction to Mr. Prostate.”