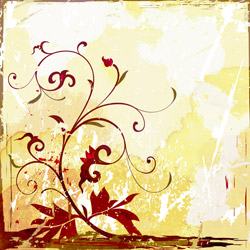 The Victorian Era added an important term to the sexual lexicon, other than merkin. When a family shared a bed, Mother and Father would instruct the kiddies to squish together and lie on their sides facing the same direction. Everyone stayed warm and more children could fit in the bed. Thus, spooning was born.

Later that century, young people who flirted with one another were said to be spooning. Merriam-Webster suggests the Victorians got their inspiration from the Welsh custom in which a man gave his fiancée a gift of a carefully carved wooden spoon. It wasn’t until the 20th Century that “spoon” entered into its most raunchy connotation yet; to spoon meant to “neck” (another term with archaic roots that may soon be up for discussion).

Language changes at lightning speed these days—the foodie neologism “locavore” made it from the dining section of the paper to the dictionary in no time flat—so it’s hard to say what exactly spooning means now. I’d never had any reason to think spooning was more physical than simply lying together closely with both parties facing the same way. Arranging ourselves in the tiny university-issued “extra-long twin” beds has become as important a bedtime ritual as brushing my teeth and popping in my retainer on the nights The Boy sleeps over. Spooning is the favored position for reasons of habit and intimacy—I love him and like to sleep on my side, facing the nearest wall—but proves to be rife with challenges. It’s perhaps more intimate than other cuddling configurations; you can’t feel your partner’s heart beating when you’re facing one another.

There are, of course, etiquette guidelines to ensure the most pleasurable spooning experience. These come from a predominantly heterosexual point of view but can be modified to accommodate any gender pairing. But first, an examination of the parts and configurations. The person who is on the outside, or the one who is not being cradled, is called the big spoon. Conversely, the person snuggled neatly against his partner’s body is the little spoon. Generally, both parties are more comfortable if the taller person is in the big spoon position, but the reverse makes for a good set up, as well, if only because both people laugh at the height difference. With each position come responsibilities.

In a male-female pairing, men are often required to occupy the big spoon position. You’d think that as little spoons, women would be in a somewhat submissive position, but there’s something dominant inherent in someone demanding you hold them just so. I’ll admit to being a bossy little spoon at times, directing which way we face and how many layers of bedclothes to use. Men, the job of big spoon is not to be taken lightly. Should the mood hit you and you feel your little soldier start to stand attention, ask yourself, does my partner really want my boner in her back?

The Welsh had something a bit different in mind when they handed out wooden spoons, but we’ll appropriate the term for our purposes. If it doesn’t seem she wants a Wooden Spoon, consider rolling on to your back or picturing your grandmother naked. If the answer is yes, sit tight. Nothing is more likely the ruin the spooning experience than a dry hump that calls to mind a randy Chihuahua. A lovely young man I briefly dated somehow always caught me in a Wooden Spoon. It was a rush of excitement for me, knowing my completely un-naked presence was such a turn-on for him, but his constant grinding against my butt ruined the illusion that these were snuggly, comforting moments. Instead, I wanted to spray Fido with cold water.

The closeness of spooning means you’re aware of every move your partner makes, and in the case of the Wooden Spoon, that includes the move the blood makes into the penis. Trust me, she knows the boner is there. Consider a kiss on the nape of the neck or a boob grab to really let Little Spoon know you want it now.

The positioning of the arms proves to be the most difficult thing to master for the big spoon. The top arm is fine; placing it around the little spoon’s waist, on the buttocks or thigh is simple enough but what about the pesky bottom arm? More often than not, this is why The Boy gets fed up and rolls onto his back when we share a bed. Sticking the arm between us makes me poke him until he tries sliding it under my neck but his arm falls asleep and everyone loses.

Videojug has a helpful video on the subject. The crafty people at Videojug have coined a move they’ve called the Superman in which Big Spoon positions the bottom arm at an obtuse angle above Little Spoon’s head; you’ll be able to feel your fingers in the morning.

Little spoon is arguably the most satisfying position, requiring no work or thought at all. The Boy’s body heat is an added bonus on cold nights; he is, I joke, like an electric blanket, and almost as easy to turn on. The greatest pitfall for Little Spoon is moving from the spooning position to a dramatic pose that forces the buttocks out. He complains of this, and it is especially problematic when we’re confined to our monkish university lodgings. He doesn’t mind too much because he likes that I want to be comfy and cozy with him.

Freud would tell us we love to spoon because it reminds us of our mothers. A mother lies on her side next to her newborn in bed, paying rapt attention to every cry and cough but never rolls over to squash him. Little Spoon relives childhood in his or her adult sexual relationships, just like Freud we want to. While Freud was later found to be a sexist quack, I think he may have been on to something here. Spooning is for the most part a non-sexual act, at least for me. I don’t know if this is because after two years The Boy and I are slowly leaving the honeymoon phase of our relationship, but it generally isn’t specifically post-coital.

After sex, we usually find ourselves right on top of each other or at opposite ends of the bed. Another reason Freud may be right: We feed babies with spoons. Soft and rounded, spoons aren’t as phallic or coded in violence as knives—and as we know, violence and sex go hand in hand for Freud. Nor are they as linguistically suggestive of sex as forks. Late at night, when I’ve finished reading Hamlet for the tenth time and he’s put down his problem sets, my id is sleepy too, making sex the last thing on my mind. I spoon to feel experience the warm, safe, comfortable side of erotic love.
Tags:
Views: 2120
Related articles

Yvette Safire
Yvette is a poor student trying to keep the home fires burning between literary analysis essays. While she hasn't had many partners, she is of the Mae West school of thinking: I'll try anything once, twice to see if I like it, three times to make sure." She loves pin-ups from the '40s and '50s and hopes one day she'll wake up with Rita Hayworth's body and wardrobe. Cheers

Other articles by Yvette Safire