Em & Lo's Sex Advice for Grown-Ups: How to Write a Sex Manual 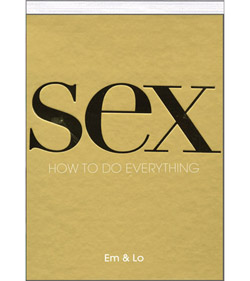 Sex is funny. People clunk heads, make foolish noises, and generally exhibit the grace of Michael Bolton on Dancing with the Stars. But if you’ve read most of the sex manuals published in the past thirty years, you'd think we were all missing the joke. You’d conclude that good sex required a bearded man, a yoga mat, a surplus of candles and a recent Sting album. Worse still, you’d probably refer to it as “making love.”

If you got your sex tips from women’s magazines, forget about funny, you’d find it hard to believe that sex was even fun—just a lot of hard work, and an endless checklist of stupid human tricks. And if your tips came from men’s mags, then you’d probably think boobie jokes from elementary school were still funny.

Sure, people joke about sex—to avoid blushing about it, to hide their own sexual ignorance, or to keep from admitting that they do quite like a certain activity. But such nervous giggles rarely impart sexual wisdom. So those of us who are neither acne-ridden World of Warcraft players nor hairy yoga enthusiasts are left flailing about, bumping noggins and other body parts, in the abyss between juvenile American Pie-style titillation and overly earnest education.

How then, does one advise people about sex without making them cringe?

The first rule is to never attempt to make it sound sexy. A sex manual that tries too hard to turn you on is like a jittery date who tries too hard to be romantic—and neither puts you in the mood for sex. It should be slightly sexier than the instructions that came with your DVD player, but that doesn't mean you should be afraid of telling it like it is. Sometimes what needs to be said is as simple as, “Put tab A into slot B.” To always couch the mechanics in coy, flowery language frustrates your readers (and not in that good, tied-to-the-bed, teasing way).

When it comes to work attire, donning a frilly nightie will not make you a more prolific sex writer, despite what Sex and the City would have you believe. In fact, most of your best work will be done in old tracksuits, with empty cartons of Chinese take-out strewn about the desk, your hair in a tangled nest of unwashed curls. Occasional sexual dry spells also, ironically, make your writing more spirited and creative. Go figure. 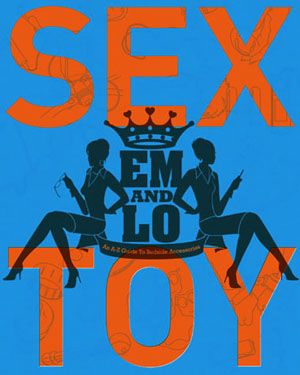 Next, one must never be cheesy. Avoid terms for body parts like “yoni” and “lingam” and adjectives like mind-blowing, sensual, and throbbing. Use creative euphemisms, albeit sparingly—for example, you may call the clitoris a “chickpea,” but only once in your manual. Admittedly, there are times when the clichés are unavoidable, because while trite sex writing is unfortunately prevalent, there is no such thing as trite sex. For instance, it is an unavoidable fact that everyone looks better naked when bathed in candlelight. In such case, one simply acknowledges the cliché parenthetically (“Yes, we’d like some wine with that cheese”) and moves on.

Be inclusive: women, men, gay, straight, young, old—not only does it increase your potential audience, it forces you to check your prejudices at the door. Sure, some men are from Mars and some women are from Venus, but there are space shuttles running between the two every hour on the hour. Nerve endings don’t have orientations or political agendas or gender roles, they're just nerve endings—and they either feel good when they’re touched by the right person or they don’t. The best tips are universal, like “Television should never take priority over sex,” or “Drinking and Japanese rope bondage don’t mix.” 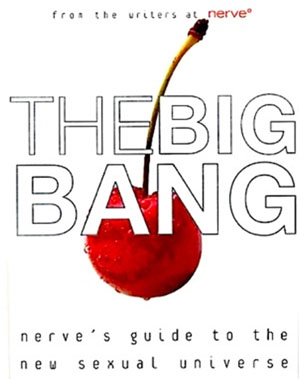 Nobody likes to think their sex life needs fixing, which is why so many people don’t go in for sex manuals. If you write too seriously, your friendly suggestions read like a bossy critique of their bedside manner. So write like you and your friends actually talk about sex after a few drinks (and if you and your friends don’t talk about sex, then you have no business writing a sex manual). Remember, just because sex can be a seriously profound, teary-eyed, face-holding experience doesn't mean writing about it always has to be.

And last but not least, never ever do it—sex writing or sex—to Sting.
Tags:
Views: 1437
Related articles