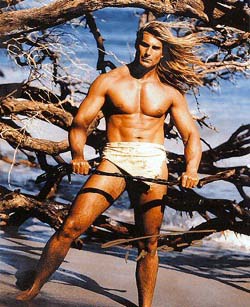 Editor's Note: Recently, author Jeff Schult weighed in about the perils of really bad sex writing from a male point of view. In the interests of "What's sauce for the goose is sauce for the gander," we thought it only fair to get the feminine perspective on the issue. Em & Lo were happy to oblige.

Years ago, we broke our sex-writing cherries at Nerve.com, the online magazine about sex that featured impressive original fiction by the likes of Jay McInerney and Rick Moody. As young, naïve, and underpaid Internet employees, one of our duties included trudging through the slush pile—that four-foot-high stack of unsolicited submissions by amateur writers who thought they grasped what Nerve’s “literary smut” was all about.

Alas, they did not. Story after story gave us second-hand embarrassment rather than warm, tingly feelings. So we soon developed a battery of criteria to quickly identify the bad erotica. Never again would we struggle for long through prose so cheesy it came with crackers (except if we were having a bad day and needed a good chuckle). Now, neither will you:

1. The text is sprinkled with “creative” euphemisms for the penis, in particular those that call up manly pursuits such as cars, the great outdoors, or weaponry: lust log, love muscle, rod of steel, love gun, etc. Bonus negative points if the adjectives “engorged,” “pulsing,” “throbbing,” or “glistening” appear before such synonyms.

2. Meanwhile, the word “pussy” is used exclusively and without restraint.

3. She’s running her fingers through his waist-length locks.

7. You note excessive use of fire imagery, as in: “The candles flickered and the fireplace roared as he stoked the flames of her burning desire with his fireman’s pole until she was so hot and bothered, the fire alarm rang and the sprinklers busted a nut all over their smoldering lust.”

8. It reminds you to make an appointment with your urologist.

9. It contains at least one metaphor or simile that tries a little too hard, such as: “His hands roamed like blind rattlesnakes searching for shelter in a dark, moist cave,” or “Her love juice was the finest wine he had ever tasted, the ambrosia of the gods, the center of a Cadbury’s Creme Egg.”