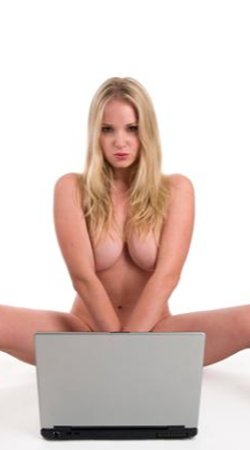 The thing is, every couple gets to decide amongst themselves what their romantic and sexual boundaries are. That’s not something anyone else can or should dictate for them. Every couple should have that conversation toward the beginning of their relationship, in which they discuss what makes them uncomfortable and what doesn’t. If there’s a point of disagreement, it should be unpacked and dissected until it can be resolved - and if both parties are firm on their views, they should part ways. No one should stay in a relationship with someone who has a significantly different definition of cheating. It just won’t work.

If I told my partner, for example, that I would feel cheated on if he had a conversation with his ex-girlfriend (which I would never do - this is hypothetical), he would have an obligation to either respect that boundary, try to explain why he disagreed, or end the relationship. Those are the three acceptable options. What’s not an acceptable option is for him to say, “You’re being a child, you’re obviously insecure, this is bullshit, I’ll do what I want.” Why? Because that’s extremely disrespectful, in a type of relationship where disrespect should not be tolerated, and it’s also a form of denying my emotions. Emotions are not up for debate. Sorry, but that’s how fair and sane relationships work.

Mainly, it bothers me to see people get put down for simply expressing how they feel. True, they may be overly sensitive or insecure, but those things are hard to change, and it’s not helpful to be admonished for being insecure. In fact, that often just makes it worse.

Better to just make sure your definition of cheating matches that of your partner, as early as possible in every relationship. And then don’t cheat.
Tags:
Views: 1805
Related articles

Girly Juice
I'm a journalism student and a sex toy obsessive; it seemed like the natural choice to combine those two interests!

I write about my toy collection and sex life at GirlyJuice.net, and I also write sexuality articles for Sex Toys Canada and SexIs.

Other articles by Girly Juice