Making A Promise To My Children About Growing Up 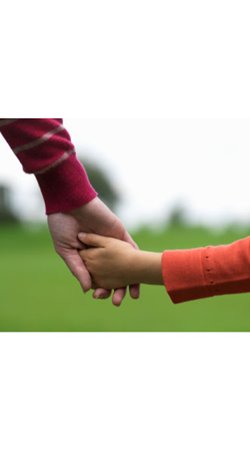 http://www.lettersfromthesoul.com/2011/07/02/learning-to-let-go/ (Letters From The Soul)
As much as I do not want to, eventually I am going to have to give both of my children the talk on sex, and what happens when you grow older. When you are a parent, that is a scary thing to have to do. This is my vow to be upfront, truthful, and knowledgeable when this time comes.
When I was growing up, and in Elementary School and High School, we did not have sex education, let alone a valuable "growing up" video for girls. It was a cheesy, 1980's video which was terrible. My parents did not give me “the talk”, or even explain what the heck was going on with my body. This is 2012, and whether we like it or not, kids are growing up faster than we did when we were younger. We, as adults, need to stand up and explain that, yes, this is normal, and it is a scary time in someone’s life. My nephews are teenagers, and my sister did not have the talk. My oldest nephew straight up told me that he learned what he knew from the internet. This is appalling.

I vow to teach my children (a boy and a girl), about the birds and the bees. For my daughter, I vow to teach her what is going on as her body changes and develops. I know that when I had my first period; I did not know what the heck was going on. Honestly, I thought I must have been dying. I do not want my daughter going through the same feelings.
My husband has already spoken up about telling our son (elementary age) what he should know as he matures.

It's hard to make the choice of what to say to a preteen, or a teenager, when they come up to you and ask about sex. How far do you explain without sounding like you are giving approval to go out and have sex with whatever walks? I want my children to be open with me as to what they are feeling, and everything. With that being said, I am their parent, not their BFF. If my daughter wants birth control, she will have to be older (about 17 or so), and we'll explore what options there are when that time comes. I do not want to send her blindly into some doctor’s office.

This is our future folks. Whether we like it or not, there will be a lot of pregnancies, and STDs going on within the teen community if we do not speak up and assist them. There seems to be a fine line between areas where you feel like you are giving them permission to have sex, (Which I would never, unless they are living outside of my home.), but if you don't speak up, then you may be dealing with a 13 year old getting pregnant (one of my dear friends), or who knows what else. We have voices, let’s speak up.
Tags:
Views: 1433

LoveYouLikeThat
I'm a 26 year old from PA. I am married (and I think he's a pretty great guy) and do have young children.

I never thought I could say that I'd review sex toys. Its quite fun. I've met a lot of amazing people on this site, and I'm glad I have met everyone!