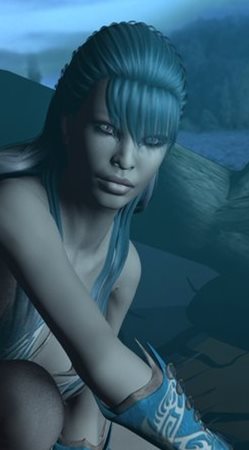 I was introduced to my life partner's wife's life partner. Every visit was a complete bust. I'm hoping the next visit will go much better then this last one.

"What can go wrong, will go wrong."

Part One: The First Visit's Calamity

One of the rules of the house was that if I wanted to smoke, I had to go outside. Then, when I came in, I was to immediately take a shower, and change clothes after every cigarette. I did not do what was required of me, and when I was confronted with it I felt horrible. Being around "Sam" as we will call him here, as "Mary" (the wife) was awkward. Well, really just being around Sam was the awkward part. I had only talked to him online a handful of times. One of the worst parts of all would have to be the sex.

So, we were all going to have this really cool foursome. However, I found I was tripping over myself when Mary and Sam joined myself and.... "Ben" (my life partner's representation). By the time I managed to get a few words out, things had been pretty much ruined by my fumbling.

Finally while we were crawling into bed that night, Ben had a stern talk with me because of my behavior and not following the rules. He's never spoke to me like he did that night. It didn't end well because it was like Sam and I were two dogs in a pissing match, and we shouldn't have been that way. At the end of my stay, I left feeling rejected from their family.

I was upset about the things that Mary had to say. "Neither of the men want another child." Okay, I can understand that. I'm pretty sure that the two girls they have hate me. However, the goal of that weekend was to get them moved, so I tried to make light of the situation. Oh, and lets remember the "You'll never be what Sam is to the girls, because your ages are too close." Talk about a kick to the ovaries. Oh, yes. Ovaries in which I have PCOD, and have an incredibly large chance of never having any children of my own.

PCOD is the same as PCOS for those not familiar with it. It is where cysts form outside, or inside your ovaries. I found out that I had PCOS when I was a kid, after having had a period for 3 months straight. I was anemic, and told over the phone by my doctor that I probably never will have my own children.

There were a few hugs and cheek kisses, and some really passionate kisses, before I set off to go home. I live a good seventy miles from my life partner and his wife. Which is nothing considering how long Sam has to travel. I had put forth this face of "I'm fine and I need to go home", but as I got a block away, I started crying.
Tags:
Views: 749

Other articles by Mistress M.