Take a Dance With Chance 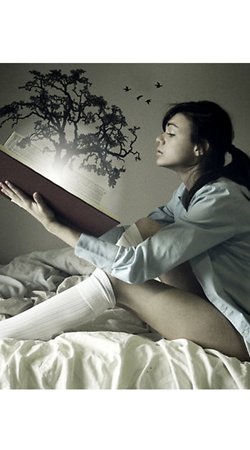 http://ih1.redbubble.net/image.5617171.1251/flat,550x550,075,f.jpg
Sometimes taking a leap of faith and just allowing things to happen can be a scary thing. Let's face it, the unknown is scary, but we live every day facing the endless possibilities. So why are we so afraid to knowingly take a dance with chance?
We wake up every day of our lives and face the endless possibilities of life, the future. Yet no one consciously thinks of life that way. We wake up, we go to work, we do our jobs and go home. That's what we "know" will happen. But is that really what we know? Every day people do what they "know" and still people get into accidents and die, they win the lottery and some get engaged or break up a relationship. Do you wake up knowing these things are going to happen? No, I doubt you do, so when a new unknown, a major change occurs in our lives, why are we so afraid to take the leap?

I have recently been faced with an unknown and well...I decided to take a leap of faith. I began a new relationship with a man that has a very bad track record. He's been to jail, had numerous and random sex partners, has no real record of commitment and yet I still decided to just go for it. To me this seems crazy but to be quite honest I had a really good feeling about this guy. When we first met I had no idea what he was like. All I knew was that he was very attractive and funny. I liked him, he liked me, and we started going out on dates. I started to get to know him, or so I thought. After about a month or so of dating, he was going to take some time off from work and go down to Florida to visit his family. We said our goodbyes for the time and off he went. Then, he fell off the face of the earth. He deleted his Facebook, his phone was shut off, and I had no way of contacting him. Naturally I began to worry and figured he had just decided he didn't want to be with me. Needless to say I was a little heart broken, but I tried to move on.

Again about another month later my sister and our friends were having a party and off I went to their house. When I got there, there was a letter from this guy addressed to all of us. The guy I had begun to fall for was in jail. He had gotten several DUIs, got his licensed suspended, got caught driving without a license and was thrown in jail for 5 months. At first I didn't know what to do. Should I forget about this lying jerk and move on...I wasn't sure. I still had feelings for him; when we were together things just felt...right. So I started to write him letters. Things were going great and we started our little relationship back up again.

When he finally got out of jail we picked right back up where we left off. All the feelings I had before came right back. It was such an amazing feeling. One night while he was drunk, he told me he wanted to be in a relationship with me. My problem was he was falling back into the same habits that got him into jail in the first place. I didn't want a man like that in my life. I wanted someone I knew I could rely on. So, the next day when he was sober I asked him if he meant what he said, if he really wanted to be with me. He said yes. If he wanted to be with me he had to change. He had to prove to me that I wasn't going to watch him go back into jail ever again. Surprisingly he agreed. Soon after we were dating...against my better judgement.

To be quite honest, I would normally never date a man like this. He's too much trouble, sometimes, and most often it's just not worth it. But I took a leap of faith. To me, being with him just feels right, and so far he's kept to his word about changing. I don't know if I'm being naive but I can't help the way I feel and I'm not going to let my head get in the way. Sometimes you just have to trust your gut. Taking chances in relationships, or in any aspect of life, can be scary. But if it feels right don't let anyone else tell you it's wrong. So when you're faced with the unknown, laugh at your fear and take a dance with chance.
Tags:
Views: 1524

Wild<3
I'm a young woman who's outgoing and I love to have a good time. I love experimenting and I believe that there's no harm in trying something new, especially if its just for good fun. Being open minded is important and in a world like today's you can't really live if you think any other way.

Other articles by Wild<3