Why Can't We Be Friends? 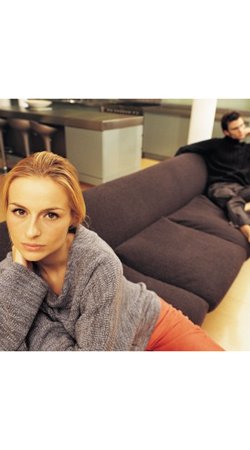 http://www.tumblr.com/tagged/silent-treatment?before=1316321776
Breakups are hard, there's no doubt about that. But when you end it with someone or they end it with you, then why can't a friendship blossom from the ashes?
It's hard to look at someone you once had feelings for and realize that there is nothing left. When you end the relationship it's understandable that the other person is upset, angry, sad, and every other bad feeling you can think of. The thing that sucks is you know you could be great friends if the other half would just give it a chance. But let's be realistic here. When you're hurt, being friends is out of the question. But why? Why can't we just push past the bad and realize that something good can come out of it? If the relationship ended it was probably for a good reason but the one who got hurt will never see it that way, or at least until they find someone new to love. But even then going back to being friends with your ex won't exactly spark loving feelings from your new partner.

In all my past relationships I've only stayed on good terms with three of them. And even then I wouldn't exactly call us friends. It's hard to explain the relationship we have now but it's just...good. I can say that I wouldn't have minded staying closer to some of these people. Overall the guys I've dated were all around good guys. They were funny and great to be with but by the time the relationship ended I had no spark left. No fire to say, "This is the one." It's hard to end relationships and harder for the person who has to hear, "I don't think this is gonna work out." Even still, why can't there be a friendship.

In terms of personalities we get along fine. We have enough in common to have a good solid friendship and we care enough about each other to be truly good friends. So much good can come out of something that seems so terrible at first. I know few people who have good relationships with their ex's but come on people, is it really so unbearable to be next to that person. You've already gotten through the hard part of friendships. You've gotten through fights and tiffs, you've built trust and understanding, and that person is probably someone who's gotten to know you pretty well. People always look at a friendship after a breakup like a demotion, like it's worse than not being friends. But why can't we look at it as something positive? You could gain a friend who already knows you explicitly, especially if you've had sex. If we can all just get over the awkwardness of, "I've seen you naked," then there could be a lot of new friendships in the world.

So next time you break up mutually, why not try to be friends? There are no hard feelings and you could still be a part of each other's lives. What's so bad about that?
Tags:
Views: 1661

Wild<3
I'm a young woman who's outgoing and I love to have a good time. I love experimenting and I believe that there's no harm in trying something new, especially if its just for good fun. Being open minded is important and in a world like today's you can't really live if you think any other way.

Other articles by Wild<3